reply | flag
message 5: by [deleted user] (new)
Nov 27, 2010 01:59PM
Name: Abigal
Age: 14
Grade:8
Appereance:htto://polyvore.com/femal_blue_eye_color_red...
Personality: Sorta outgoing, but can be shy at time, she is not the smartest of people, but very creative
Talents: shes great with a sewing machine!

And thanks Dark Angel, that was the picture i wanted to show :)

Name: Ary
Age: 16
grade: 10
appearance:My pic
personality: the loner but like to have close friends strong minded and hearted isnt afraid to say whats on here mind
Talents: She can do the double stitch :) and she is very creative when it comes to a t-shirt and a pair of jeans 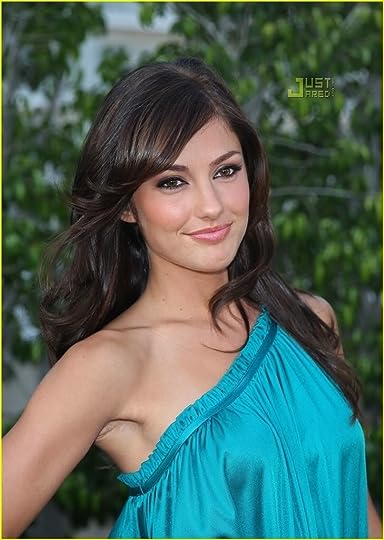 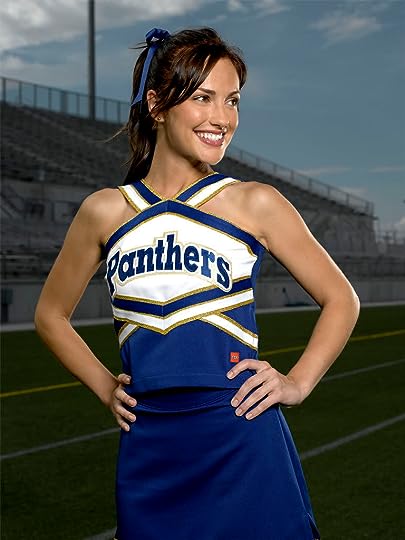 Have to go but I'll join when I can get back on.

Personality:She's wild and isn't scared of being different. Kind of goth and dark in style but doesn't say things like life is depressing and the world's total chaos (even though it sort of is. jk.)
Talents: Plays soccer loves to read. Loves Twilight, also likes Pride and Prejudice and is reading Wuthering Heights. Yeah, definitely a book worm.

yeah me too. lol

Name: Rae Thiry Jansen
Age: 17
Grade: 12th
Appearance: Rae is tall, thin, and lean. She's well muscled, and has thick, wavy red hair that reaches to her hips. Her eyes are bright green and her skin is a milky tan. She has a smattering of freckles across her face, but they look good on her. She's really not one to dress very fancily, even for formal events. You will almost always see her wearing cargo pants, a t-shirt, and paint splattered sneakers. She also always wears a small silver medallion that belonged to her mother. ((I'll draw a picture of her and post it.))
Personality: Rae is (so far) the oldest one at the school. She's friendly and artistic, and pretty cluttered. While she doesn't dress very fashionably, she's always had a knack for putting together stylish outfits that are also practical. She's not pushy, but can sometimes be demanding. She's really creative and pretty quirky. She usually has a pen, pencil, and paintbrush with her. Fashion isn't really her passion, art is, but her father made her go to this school, so she makes the best of it. She's really interested in astronomy and the ocean.
Talents: Rae is a really good artist. She's also good at coming up with new ways to make some fashions a little more interesting. She'll use all sorts of materials. She's also very sporty, and likes to run a lot. She can play the cello, and is also a good singer, though she doesn't sing often. She also loves to write.

Appearance: Jay has dark, olive colored skin that's most definitely not unblemished. She has several scars from an accident when she was younger, and one on the left side of her face that curves with the edge of her jaw that she got falling out of a tree onto a fence when she was six. She has several smaller scars on her arms from her numerous years of archery as well, and a birthmark a shade lighter than her skin on her shoulder, shaped in an almost perfect circle.

She's not exceptionally tall, but not overly short either. Her frame is so thin she could pass for a boy if she cut her hair and...broke her face. But despite her thin limbs, she is extremely strong and won't hesitate to knock you to the ground if you do anything halfway insulting to someone she cares about.

Her hair is long, black, and glossy. But no one really notices it, because it's always either pinned up in a sloppy bun or hanging down her back in a braid. She hasn't cut it in ages, but then again there's been no need. Her eyes are an alarmingly bright silver color that sometimes flashes to blue when she's really, really, really angry. With her perfect complexion, full lips, and angular, catlike face, she could be a model...

If she wore anything other than faded, torn, silver jeans, black ankle boots, and button down cowboy style shirts and washed the streaks of paint off her face and arms and jeans...yeah, that's probably not gonna happen.

Personality: Jay has some...temper issues, you could say. Aw, who the heck are we kidding? Insult a piece of sand and she'll make you say sorry. She's kind on the inside, though, and a hard worker, although she can get awfully stubborn. But hey, at least she makes up for it in her artistic ability. No? Oh. Well, never mind.

Talents: Want them alphabetically or chronologically? She can sing, dances ballet, plays the violin, writes music and poetry, paints, sketches, she's got too many archery medals to count, and she can design and sew dresses that are so simply...beautiful.

History: Nice try. As if she would tell you about her past!

Other: Anything she hasn't told you, she doesn't want you to know.

Grade: not sure about your system, but in greece it's the 2nd of highschool, one year before graduation

Personality: creative, funny, shy with some people, extremely outgoing with most (maybe too much!), doesn't like when others lie to her or hurt close people, sensitive but doesn't show it to anyone, a bit crazy and with boy-problems (she can't have a relatioship, she gets panic-attacks with much closeness to people she doesn't know well), evil with bad people and sometimes aggressive
, maybe a bit wild, but the soul of her little friends-team

Talents: dessigning but never had the chance to make them real-just small pieces, making jewelry, singing (mostly alone), writing lyrics, poetry and books, playing the piano (mostly for herself)

Dreams: becoming a world-famous rock singer with many fans and meeting her soulmate (she's really romantic, but usually has only her imagination), maybe becoming a supernatural creature (yeah, like the others can happen!), being a famous writer or poet, making her own style and clothes (see if the others will still laugh with her clothes!), ...maybe generally being famous! and prove herself in everything she does! 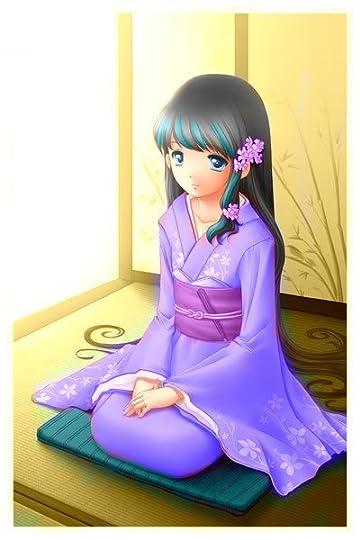 Jenny wrote: "your Greek cool I am English can you read greek if so καλημέρα Πώς είσαι Είμαι πρόστιμο είναι χιονίζει στην Ελλάδα
Επειδή είναι εδώ Ήμουν εκτός σχολείου I used google translate so correct me if I w..."


hey! i really appreciate your effort! basically it makes sense! καλημἐρα! είμαι μια χαρά ευχαριστώ, εσύ? εδώ δεν χιονίζει, δυστυχώς... εκεί? (goodmorning! i'm fine thanks, you? it doesn't snow here,unfortunately... what about there?) omg i'm so happy! nobody ever tried to write in greek and it was a pleasant surprise! thank you! if you want me to tell you some things about the language, don't hesitate! i'm irene by the way! and what i wrote for my role is the truth about me, everything! i guess i inspired myself! :))

yep! i will never forget what i've writen! and why not use my real talents? :))

nice! just a few mistakes, basically because you can't literally translate some things, but definitely better! if i understood correctly, i will tell you that i'm not a huge fan of miley cyrus as a person (she usually gets on my nerves!), but i like her new 'mature' style and some of her songs, including party in the usa! about history, i like it most of the time, it can be very interesting, but not everyone is willing to learn, so the new generations don't even know where our capital is and it's so bad...

you see? even you know it! but i meant it metaphorically, that they don't know basic things about their own country

reply | flag
message 41: by [deleted user] (new)
Dec 05, 2010 01:34PM
Name:Jordan
Age:15
Grade:Ninth
Appearance: http://republika.pl/blog_rx_4389159/6...
Personality:Always goofing off and making other laugh, very outgoing, loves a challenge and is willing to try new things. Very talkative and flirty.
Talents:She is intelligent, but doesn't really let that show. She loves playing any kind of music, and enjoys dancing as well. Her hidden talent is her ability to turn an ugly outfit into a gorgeous one.

reply | flag
message 43: by [deleted user] (new)
Dec 05, 2010 03:29PM
Name:Jakob
Nickname:Jake or Jay
Age:17
Grade:Junior
Appearance: http://bestof.provocateuse.com/images...
Personality:Class-clown,trouble-maker,rule-breaker,very flirty and athletic.
Talents:Jake is a lot like his sister. He loves making music. He is a song-writer, singer, and a guitarist. The reason he came to this school is because his mom is into fashion, and thought since Jake was going to model when he grew up(she decided this for him) he should learn about all the work that would be happening behind the scenes. Though Jake isn't to bad himself at fashion, and doing other people's hair though he hides these features as best he can.
Other:Is Jordan's older brother, doesn't really want to go this school. DOES NOT want to be a model when he grows up but hasn't told his mom this yet.

Appereance:Has drak brown hair that falls right before his ears. He also has bay blue eyes that girls fall for.

Personality: thinks he is tough, and can be a heart breaker. But if he really likes a girl he will be so nice.

Talents: football (but he has a talent of designing cloths he just doesn't tell anyone cause he thinks they will think he is a sissy)

Hello people!!! How do we paste pictures here???