Song of the Storm - Roleplay discussion

Appearance (Picture, or Description, or Both):

Personality (Optional, can be developed during Roleplay): 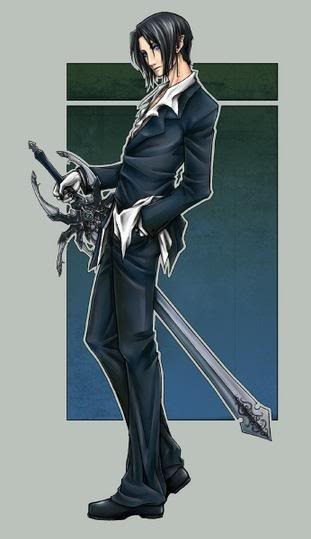 History (Optional): When he was four, his twin brother got stolen and taken to a different tribe. He grew up in a rage and in the war against the Wolves, killed many men. He slowly learned to control his anger.

Personality: Snakelike- very cunning, charming, strategic, but he's also kind to the ones he admires, respects and adores.

I can tell that Fenris and Matir are enemies! Look at wolf clan to see my charrie and why (maybe he can be his fathers killer???)

OMG i just got an idea...can my charrie be your charries brother. But they dont know...cuz they got raised differently...which would also mean that Matir killed his own father...COOL!

cool! I cant wait to start roleplaying. I can tell this group will be awesome....Sister Grimm are you in Wolf Forest?

OMG....you have to join. Its the best Roleplay on Goodreads

Abilities/Weapons: Let’s say she’s never taken the Hippocratic oath... Her extensive knowledge of herb-lore and leechcraft has also led to her mastery of some uncommon weapons, such as her blowgun, and the administering of poisons by nearly any method imaginable. This being impractical for hand-to-hand combat, she’s also taken pains to become proficient in use of her twin daggers. These she had custom-forged; the blacksmith was instructed to work certain liquids into the metal, the identities of which were known only to Ithronima. The slightly curved daggers, Damascus-patterned daggers are set with a green-flashing moldavite at the hilt. It seems that even the slightest wounds from these daggers will likely cause death, for oft-unidentifiable reasons. She is often seen fingering the stones at the hilt of the weapons while contemplating a particularly tricky healing. As mentioned above, she is an excellent healer, perhaps even unnaturally so. The potions, salves, and so forth that she makes seem extraordinarily potent, as well.

Appearance: Ithronima is not tall, nor very beautiful. Her hair is short, and a peculiar dark slate-color that nearly matches her dark grey cloak. Her facial features are fairly angular, planed rather than rounded. The eyes that glimmer in the shadow of the cloak's hood are a bright slate-speckled green, and appear slit-pupiled. Her lips, often bent into a somewhat wicked grin, are thin and pale pink. She is skinny- not slender, skinny- and her fingers are long. She moves smoothly, almost glidingly, a manifestation of her viper heritage. In addition to her ground-length, billowing cloak, she favors a long, blue-tinted green tunic and dark grey breeches, along with a leather many-pocketed pouch for her satchels of herbs, potions, compounding equipment, and so forth. For an approximation of her snake form, follow the link: http://www.caudata.org/photoplog/file...

Personality: A little chaotic of personality and behavior. She holds no particularly deep loyalty to her tribe, though she would be unlikely to turn traitor. Her morals are questionable, but she has her own code of honor that she would not violate. Though essentially a cheery soul, she tends to alarm people by laughing (or rather, cackling; her voice is certainly not honey-sweetened) at the wrong moments, her quirky mind finding humor where perhaps it oughtn’t. She chats easily with almost anyone whom she bumps into, but one always has the sense of coming away having given her more information than she gave you. Occasionally she falls into a black mood, which could take days or even weeks for her to emerge from. During these times, she slinks about, some inscrutable goal in mind, features overshadowed by her hood. Or she’ll sit back in a dark corner of the common house, fingers tented in front of her face, gazing at someone or something, or perhaps nothing at all; only she would know. She presents the front of someone who’s eccentric but harmless. This is mostly what she is, but do not take her for a fool, or someone easily dismissed. That would most certainly be a mistake.

History: Her parents, both warriors, identified her potential to be a healer very early on. She was apprenticed to a wise old crone, Amlugwen the Learned, known among the clansmembers as a woman with certain unnatural powers, when she was seven. Her parents visited her often, sometimes to train in ways of battle and fighting, sometimes simply to talk, until they judged she had reached maturity, on her thirteenth birthday. Then, as is customary for warriors of the Snake Clan, they left her to her own devices. She sees them from time to time, and is quite fond of them, bearing no grudge against them for their relative abandonment of her. When Ithronima urned seventeen, the healer began testing her knowledge and skill thoroughly, eventually determining her to be sufficiently trained to graduate from her apprentice ship. However, in the ten years Ithronima worked for her and learned from her, the two gained a genuine fondness for each other. Ithronima sees Amlugwen as more of her mother than the one who birthed her. Thus, Ithronima stayed with her as assistant and partner. It is obvious that Ithronima gained more than her knowledge of herb-lore from the old woman- to see the two together is like seeing mother and daughter, with their shared personality traits and quirks. Ithronima would be very, very upset if anything ever happened to her...

Theme Song: Bach’s Bradenburg Concerto No. 2 in F Major. (Doesn’t capture her quite perfectly, but it’s a start.)

Song of the Storm - Roleplay