Mod
Name: Haku
Age: 17
Gender: F
Appearance: http://quizilla.teennick.com/user_ima...
Personality: Bubbly, enthusiastic, nice, kind, caring, but when she's serious, shes serious. When shes mad- watch out! Don't mess with her.
Weapon: Thin sword, or archery. Anything really, but those are her best.
Basic Bio: She had two siblings, and two parents. All killed but her older sister Kami. She doesn't know where she is. But she knows shes alive.
Crush:
Friends: Anyone. But, she has none right now.
Other: She has much strength that she doesn't know about, though shes very powerful as of now. She may be one of the most powerful people in the Warrior ranking.

Name: Stone
Age: 17
Gender: m
Personality: Brash and headstrong, gets into more trouble than he can often get out of.
Weapon: sword, but good with knives, has tonfa for nonlethal fights
Basic Bio: poor growing up, wanted to make something of himself. found a master willing to teach him but the knight was killed. he has sworn to avenge his masters death
Crush: open
Friends: open
Other: 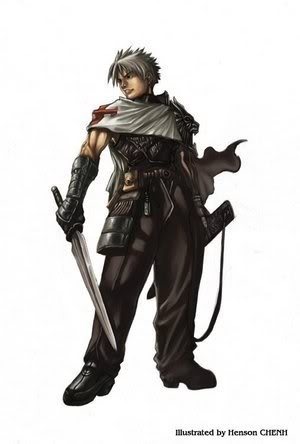 yaya lol i might change it to a less cliche thing later, but im tired and it works for now lol

made some edit, fuedal japan is different than where i thought we were lol

Mod
Name: Kali
Age: 23
Gender: Female
Appearance: [image error]
Personality: Quiet, usually serious, rarely really lets loose, fierce, somewhat compassionate.
Weapon: Archery is her favorite, but she is good with swords.
Basic Bio: Has been training since before she could walk. Both of her parents were warriors, and they had the same idea for her. Of course, they were hoping she would outshine them. Always a bit of a rebel, she refused to be treated any differently as any of the other boys she trained with, just because she was female.
Crush: NA
Friends: Very few and far
Other: Kali means goddess of destruction

Mod
oh, and this isnt like, kings and queens and stuff.

Mod
u typed that ur parents were knights...
heh-heh

Mod
Right...What do you think I should change it to?

Mod
I am informing you of the current setting.

Are you still confused?

If you are that is sad.

Mod
XD
lol
that was kinda rude of me tho...

Mod
Nah, don't worry about it.