October’s book was Robinson’s Forty Signs of Rain , and now we’ve selected its sequel, Fifty Degrees Below . I don’t know about you, but that was a bit of a surprise to me. Everyone must really be enjoying the first.

Wikipedia notes about the book’s reception:

Publishers Weekly praised the novel, saying “this ecological disaster tale is guaranteed to anger political and economic conservatives of every stripe, but it provides perhaps the most realistic portrayal ever created of the environmental changes that are already occurring on our planet. It should be required reading for anyone concerned about our world’s future.” Kirkus Reviews were mixed in their review saying “though it is fast-paced and exciting, it does occasionally strain believability. Where the author succeeds is in his fascinating speculation about our ecological future, and the steps we could be taking to repair the world for future generations. First-rate ecological speculation, but a second-rate thriller.” Janet Raloff reviewing for Science News said “overall, Robinson’s engaging book is a fast-moving, upbeat romp driven by science.” The novel was nominated for a Locus Award in 2006.

So, who’s up for Christmas with Sixty Days and Counting ? 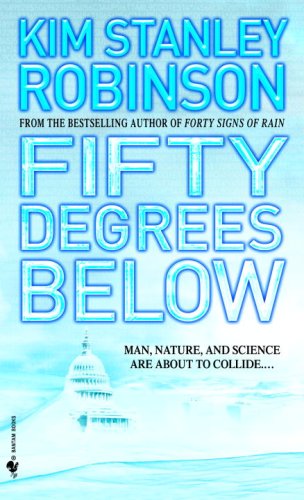 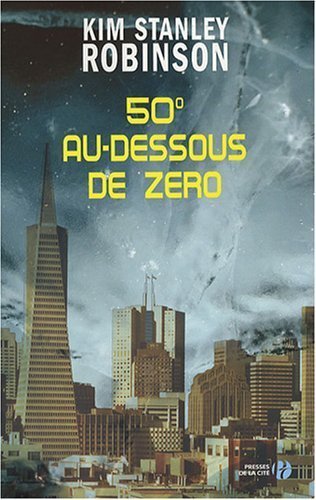 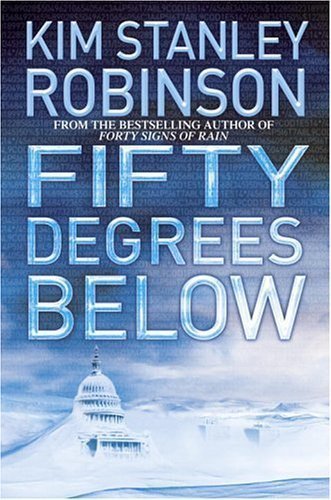 (Okay, as a resident of San Francisco, the French cover definitely caught my eye, with the Pyramid on the left and Tweezer Towers in the center. For those curious about such things, the rendering is topologically impossible. But I’m guessing that much of the action takes place on the California coast?)

On this re-read, I again noticed the shift of character focus between the first book and the second - Frank Vanderwal's is now the primary perspective. I am identifying less with Frank than I remembered; he seems to have given over some personal control to random impulses, especially after his concussion. I found the description of his mental states fascinating, especially since I suffered a concussion in a bicycle accident about two months ago. Even though mine seems to have been without long-term mental/emotional consequence, that is something I've been watching for.

In this book, a lot of the setting is in a neighborhood of Washington DC along Wisconsin. But that is a street I have seen only one time in my life, while I grew up and live in the state of Wisconsin. So there is always a little moment of adjustment when I have to remind myself that there is no connection between the community he is referring to, and my own associations triggered by repeated mention of "Wisconsin". Where the wind chill often gets lower than fifty below, by the way. I'm pretty sure a fifty below temperature would be devastating here too, but maybe not as much as described in Washington.

I am almost certainly planning to re-read Sixty Days And Counting too, even if it is not the December hardsf selection.

Mod
Richard wrote: "But I’m guessing that much of the action takes place on the California coast?"
There was a little in San Diego, but SF didn't show up at all!! Those crazy french...

Fifty Degrees Below (other topics)