Mod
Please go in this order for your charrie bio

Ok, I feel that I should explain that special talents doesnt mean just like weapons or speed. I mean your GODLY POWER! Like, percy can control water, Piper can charmspeak, and so on...

Mod
Name: Gant
Age: 13
Gender:M
Godly parent:Hades
Appearence: Shaggy black hair, shoulderlength
Personallity: Smart, clever, kinda keeps to himself but he is open to friends
History (Optional):
Special Talents(Optional): Can summon undead minions to serve him, but it exausts him almost until he passed out.
Celestial bronze weaponry:Staff that when tapped twice on the ground, it expands to a 6 foot black obsidian double tipped spear, or when tapped once, it turns into a black obsidian knife.

Name: Sai Ashiya
Age: 16
Gender: Female
Godly parent: Hades
Appearence: http://img3.visualizeus.com/thumbs/08...
Personallity: quieter, speaks japanese, she is smart and very fast. She did track and the high jump in japan. She is a bit dark sometimes, and tries to be positive
History (Optional): lived in japan till she was 13 then came to the USA when she fonund out she was Hades daughter.
Special Talents(Optional): summoning (of course), agility
Celestial bronze weaponry: a dagger that turns into a sword

Mod
((Welcome to the group, thanks for joining :))) 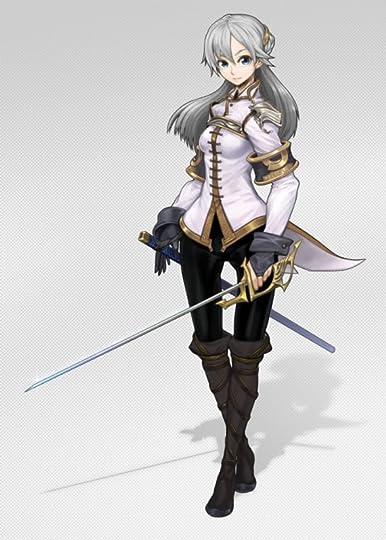 Personallity: wild, fun-loving, a bit on the lazy side.
History (Optional): TBA
Special Talents(Optional): She can become invisible.
Celestial bronze weaponry: Throwing knives and a single line of wire.

And what do you mean me again? *is confused*

Remember? I was the girl that you annoyed in Twilight Lovers annnnnd sent emails with me *is annoyed*

Personallity:
History (Optional): Divoriced father, Armella is the girl overlooked. When people look at her, they don't look again. She is average in intelligence but has some sort of struglle with loyalty and trust. She is invisible, no one sees her.
Special Talents(Optional): Aim
Celestial bronze weaponry: Sia

That's what. And I thought we were getting along in our emails?

I think she meant she was the one waving like a freak.

Mod
Yeah, thats what i thought. I think Haley interprited it as waving at a freak or something

I meant that I was waving like a freak.

Hair: Long, smooth black with two streaks of pure silver, one on each side of her face. The streaks are usually braided, while the black hangs loosely to the center of her back.

Personality: She can be friendly at times, but mainly she's fierce, cautious, and trusts no one.

History (Optional): Her foster parents barely raised her, ignoring her most of the time, eventually dumping her on the street. When she found out she was a demi-god, she moved to the USA.

Celestial bronze weaponry: A bow and arrow, a few knives, and a slingshot.

Mod
Name: Aukaski (A-ka-skee)
Age: 16
Summers at Camp:5
Powers:can cause panic under his breath instead of screaming. Can talk to animals, cant control them but can kinda charmspeak them. Can jump up to 12 feet high.
Personality: friendly and kinda goofy, but cool.
Appearance:
brown shoulderlength hair, shaggy. Short stature. Has satyr legs, enabling his jumping skill

you can rp on the never ending rp now...

appearance- She is very pretty and has bleach blonde hair and blue eyes. She is slim and is 5foot 5"

C.B. weapon- sword with blue flame design on the handle. 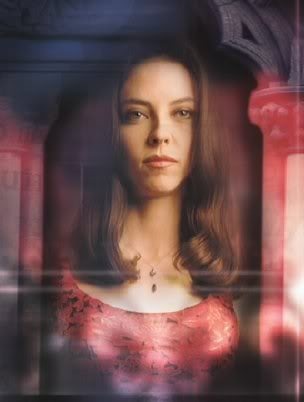 Mod
Olivia, you put the charrie in the topic Arena #2 charries

Name: gabriel
Age: 12
Gender: boy
Godly Parent: poseidon
Personality: moody, strong willed, will do anything for his friends
Appearance: short curly hair, green eyes that flash flash blue when angerd, average hight, lots of scar on my arms
Godly powers: water breathing, talking to sea animals and horses, controlling water, showering in salt waters acts like a thin layer of armor for a certain period of time, can easily monipualte Niads, and nyphs,can boil water only when extreamly angered, has minor earth abilitys(poseidon is the earthshaker)
Weapon of choice: water cantin that turns into a trusty sword(sometimes i just use water as a weopan)Also have a ring givin to me from aphridite, its blue anDs has a carved trident in the center, it glows when hes agitated, and may create waves, and crat a force field of water i also have a pin that ges onmy weopan and increases my weopans power and goldy abilitys
Any other skills: (super) fast, very flexibale, trust worthly with a sword, very good at hand to hand combat
Other: awful at archery, loves grapes, kind of sensitive, can be very jeoulus, uppsest with cinnimon flaver apple sause, surprisingly good at english, not very good at greek or math, and loves to have fun with his friend, oh and amazing horse rider. was blessed by aphridite so i can char speak, and is extra good looking
speed: 97
streanth:92
thinking: 87
leadership: 95
godly inherited powers: 98

Name:katolinda (kat plz)
Age: 14
Gender: girl
godly parent: hecate
Appearanc: silver hair dark pink eyes silver camp halfblood t-shirt black jeans black half gloves grey sneakers tall thin slightly pale
Personality: fun nuts(in the good way) likes pie has a terrible tempor would do anything to help her friends
History: she ran away from home a year before chiron found her hiding in a an old refrigorator box behind a grocery store
Special talents: can morf and create anything but it comes out in the color silver(like her bunny fi-fi) is a very skilled fighter and can read minds
Celestial bronze weaponry: two silver daggers tipped with celestial bronze

Watch out. When you click the link you will only see the photo for a few seconds before a free wall mart gift card ad comes on.

Personallity: She has a double personality. In one she is weak and cries a lot but in another she is a crazy killer.

Celestial bronze weaponry: Grain weaved bow and arrow given to her by her mother.

yeah but im in vharrie 2... i was there before

Mod
the Poseidon boy is taken. you have to move him here.

Mod
or move him here

...that could work tooo

nope, shes actually the only one i WONT kill

you just love being difficult dont you?