Delete the periods in order to make them bold.

Mod
Name: Kitty
Gender: Female
Age: 35 moons(2 years and 11 months)
Rank: Kittypet
Personality: Kitty is a kind, compassionate kittypet who has always loved new things. She is friendly to everyone and almost never loses her temper. She has always longed for adventure, but has found no reason to go looking for any.
Appearance: 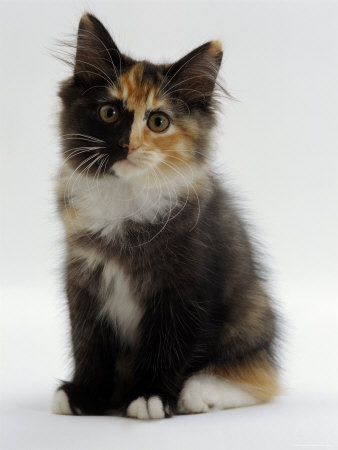 History: Kitty's mother died after giving birth to her brother Molar. They never knew their father, for he left after he saw Kitty when she was a little kit. The two of them have stayed together since then and have rarely ever left the other's side for too long. She never had any other family members that she knew of, so Molar and her stayed with their current owner.
Mate/Crush: Jessie
Kin:
Molar-brother
Other: none

Name: Strudel
Gender: Female
rank: kittypet
app.: tortishell with piercing bright green eyes and a split face
history: found on the street and brought in by a Twoleg
personality: cheerful with a fierce side
Mate: Molar??????
Other: none

Name-Jingo
Gender-Tom
Age-2
Rank-Loner
Personality- Kind, helps the warriors
Apperance- muscly dark brown with black ears and paws
Mate-None
History-Mother was a warrior called Lillytail but she was banished because she mated and semi lived with a kitty pet

(Sorry its not the right form)

Mod
It's alright. It's really good by the way.

Personality: Jessie is a sweet and caring kittypet. He was found wild but raised as a kittypet (more in history). Jessie is not the playful type of cat that will come up to a twoleg and play with its toys and occasionally scracth the twoleg from time to time. No, he likes to sit in his twolegs lap and be stroked, scratched under the chin, and rubbed behind the ears. Jessies twolegs have a feild next to their jouse, or den, that Jessie often dissapears into and cones when called. None of his twolegs know exactly where he hangs out, but the othee kitypets do. He often gets into fights with other cats and has to be sent to the "cutter" at least once a year from an injury. 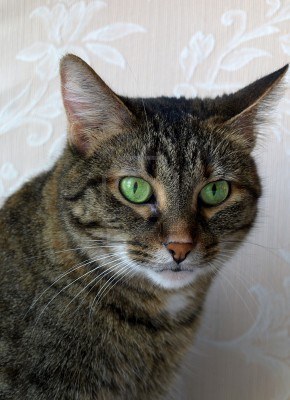 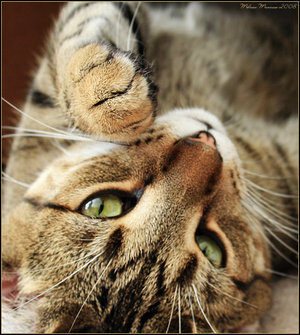 History: Jessie was found under a cabin when he was a kit. A family of twolegs adopted him and kept him in a small room with two, tall, silver boxes that opened on the front to consume stinky twoleg pelts then make more ruckus than two loners fighting over a scrap of prey. Jessie hated this room and was always looking for a way out. He never found one, but figured out that only twolegs can open the swinging wall to come and go by turning a brown circle with their soft pink paws. Jessie once reached the circle but was unable to tuen it as the twoleg had. Jessie had many round, jingly toys and soft, unusual colored feathers to play with. He quickly grew out of playing like a kit and only began to sit in his twolegs lap or rub against their legs and purr before exploring his feild again.

Mod
He is so cute!

Mod
Siii senorita. It's so hard to typee on, thoughhhh

I'm on mobile to. Hate it. Anyone wanna RP?

Mod
Sure, which clan? 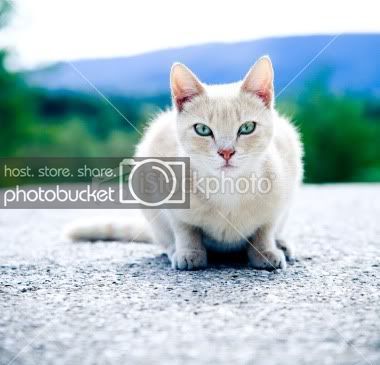 Personality: Feather is a calm, cool and collected cat who is well respected by everyone. It is hard to anger her, at least that is what she lets everyone believe, in reality she is just good at controlling her temper. But in the same token, she will not let an injustice go unpunished, or a murder go without letting everyone know that it should never have happened. He has gone through a lot to get to where she is now, but wouldn't change it for the world. She would sacrifice her life for any of her friends and family, and she knows that they would do the same for her or each other.

History:
Featherheart and her siblings were not born into WindClan like some of the younger clanmates believe. She and his siblings actually started out as loners. They lived with their mother and father, Dawn and Shadow, out in a wooded forest many moons, eating squirrel and rabbits. Then one day, the water dried up and they had to move on, as was their habit to do. They ended up moving near a Twolegplace until they could find a better place, but the better place was not to be found. Honey, as he was then known, and her siblings and parents were captured by Twolegs and forced into too small cages. The kits and the parents were separated. Then they
were boated away to a shelter. A few moons later a twoleg, Katie came and adopted them. Katie had recognised the three cats from a vacation she had. She knew they were wild and was going to set them free. Katie put them in a monster and drove away. A few hours later they arrived at her house. The cats ran inside and hid. Because Honey was the youngest, they hid her behind them. but, the twoleg wasn't bad. Katie feed and watered them till they were healthy. The next moon, Katie let them free. Honey, rose, and Feather ran deep into the forest finding a makeshift den under a tree. One day, a tom burst out of the forest, followed by mean cats. Honey,Rose,And Feather fought and won against the cats. the cat was grateful and lead them to his clan. They soon found out the tom's name was Nightpaw, and they were in Windclan. One day the leader, Hollowstar, the leader asked if they would join the clan. they all accepted and became appreciates. When the time came for their warrior ceremony, Rose, respectively said that she didn't belong there and that she was leaving to be with Katie, also that no one could stop her. When the siblings said goodbye they got Honeyheart got her warrior name, Honeyheart. So Feather lives as a kittypet

Mod
Yay! Someone made a character.

Mod
Wait, is her name Featherheart or Feather?

She uses that exact same history and personality for ALL her characters. >.>