Mod
Wintertide has come out of the gate stronger than any of the previous books - I think that is a good thing showing the series is growing in momentum instead of declining.

I've never had a book break the 1000 ranking mark on Kindle sales until this one which has been consistantly under 1000 for about a week now and has been as low as 650. Last statistic I saw on Kindle was there were 400,000 titles so that puts Wintertide in the top .16% - not too shabby for an "indie" book. 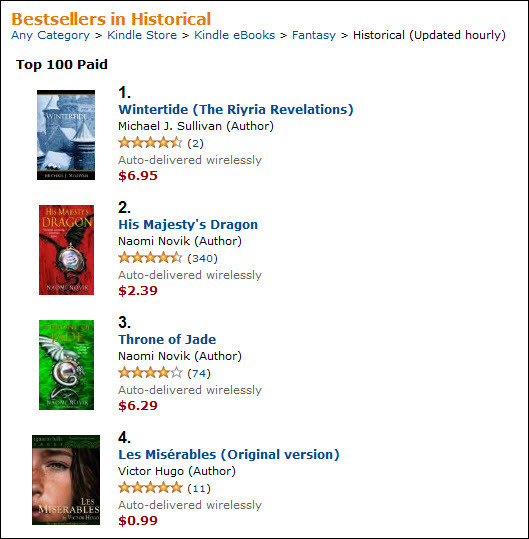 YAY! That is awesome!

When will the iBooks version be available? I have he first 4 on iBooks, and would like to complete the series. They look good on the bookshelf :-).

WOOHOO! Wintertide has been added to iBooks. Downloaded it last weekend.