Mod
Name:Kisharu
Personality:Likes to work alone. Like a rogue, he's never looking for help but sometimes he asks for assistance and will always help those in need. Likes seeing the beautiful sky and sunsets from mountain peaks.
Ability:Controls electricity and anything that has to do with it. (i.e.: Lightning, thunder, electrical objects, etc.)
Being:Wolf
Connection:
Light/Dark/Neither:Light
Appearance: http://www.google.com/imgres?imgurl=h...
Other:

I can't make a charrie yet, so don't do too much in the rp over the next hour!

Name: Maia Valyn Decourt
Gender: female
Age: 18
Personality: she is very stubborn, and never has she ever done anything that someone tells her to do. She is very kind as well, but has a very large vocabulary of curses for anyone who gets on her bad side.
Being: human
Abilities: she can turn herself invisible, as well as the people around her, and telekinesis.
Connection: ?
weapon of choice: her bow and arrow, or any other long range weapon, as well as her curved dagger.
Light/Dark/Neither: light
Other:
Appearance: http://www.google.com/imgres?imgurl=h...

Being: Cyclops
Abilities: Can freak you out and get into your head just by staring at you with his one eye
Connection:...???
weapon of choice: Spear with Golden Shaft
Light/Dark/Neither: Dark
Other: Used to be a spy for Light but joined with the Dark... also in picture looks like 2/3 eyes but only 1

Name: Hamish
Gender: Male
Age: 21
Personality: Travels around the earth and through time helping people where ever he goes. Has no roots or connections anywhere. Kind, and caring but is also fierce and aggressive when provoked.
Being: Human
Abilities: Time traveller (can travel anywhere whenever he wills)
Connection:
weapon of choice: Long sword, long bow and sheath of arrows
Light/Dark/Neither: Light
Other: Has a horse black horse called Mina, who is extremely well trained and comes whenever Hamish whistles or calls.
Appearance: Tall muscular, longish brown hair and chestnut brown eyes.

reply | flag
message 19: by [deleted user] (new)
Oct 12, 2010 09:28AM
Name: Brielle
Gender: Female
Age: 13
Personality: Curious. An adventurer, and always wants to know new things.
Being: Human
Abilities: She can see ghosts and spirits and so on.
Connection:
weapon of choice: Sword
Light/Dark/Neither: Light
Other: She's an orphan.
Appearance: 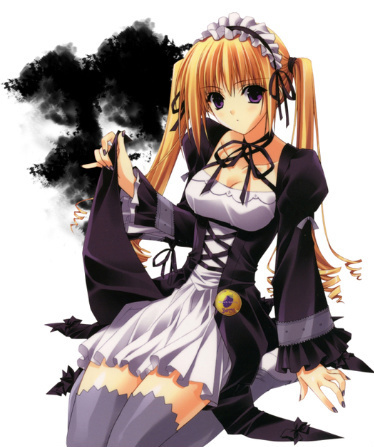 Name: Inferno
Personality: Sly and Mysterious but is kind
Ability: Can control Fire and grow up to 9 tails
Being: Fox
Connection: ...?
Light/Dark/Neither: Dark
Appearance: http://www.andrewkelley.net/blog/wp-c...
Other:

Name: Joan
Age: 15
Gender: female
Personality: Joan truly lives to her name.She is righteous and kind and will fight for you to the death. Once she has a friend, she will stick with them until the end, and she has no fear of anything you can toss her way. However she knows when to admit she needs help and when to bluff it out. She would never reveal to ones weaker than her that they were in danger, and she despises the men who think a girl shoulden't be a knight. She is a very good ally, and a very dangerous enemy.
Being: Dragonling- part human, part dragon
Abilities: She can shapeshift into a dragon, breathe ice (she is a water elemental) and she is an incredible swordfighter.
Connection: none
Weapon of choice: Her wits, her ice and her sword, a hand-and-a-half longsword with a blue blade that she has named Coeursang. She also has a white and blue suit of armor that she takes very good care of.
Light/Dark/Neither: Neither
Appearance: 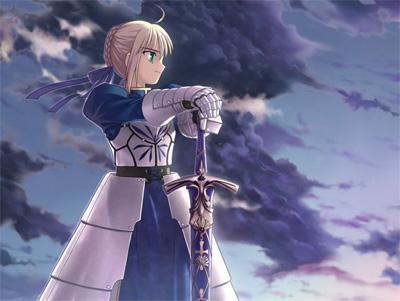 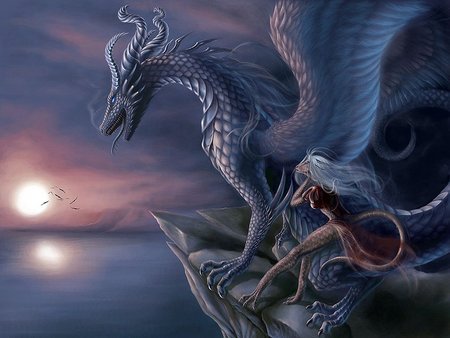 Just look at the dragon in this one
Other:

Name: Raven
Personality: Caring and Brave, She's quick to make friends and will defend them with her life
Ability: Strong Telekinesis
Being: Pegasus
Connection:
Light/Dark/Neither: Neither
Appearance:

Hazuma wrote: "yup reading the second book right now.....i think its called Frostbite....cant remember his last name so i made it up"

His last name is Belikov.

ahh thats the name thank ya

Roleplay:
Name:
Gender:
Age:
Personality:
Being:
Abilities:
Connection: (If they have a connection with an animal)
weapon of choice:
Light/Dark/Neither:
Other:
Appearance:

I'm sorry but I DID NOT approve of you using this.