For personality and history you are expected to have at least 3 sentences at minimum. I may go back and ask you to add more or change something I disapprove of.

Appearance: A light brown tom with thin, wild fur. It never stays down. He is small and slight but has the powerful muscles and bones of a ShadowClan and ThunderClan cat. His eyes are amber like Tortoisesoul's.

Personality: Friendly and outgoing, Foxstorm likes basically anyone after he gets to know them. He loves to run and enjoys playing games. He also spaces out sometimes and sometimes doesn't listen very well.

History: Foxkit was born on moondark night with his brother and sister Minkkit and Sablekit. He was rushed to WindClan and given to Oakfeather, a queen there at the time. When he became Foxpaw, he was told who his parents and siblings truly were. Foxpaw shrugged and didn't care much-he was happy he had a real family;he'd never felt like a true part of Oakfeather's family. Foxpaw is the only one who loves his parents unconditionally and stands as a fo-between with his more hostile siblings.

Foxstorm became a warrior around three moons before his siblings did. The leader thought he had proven himself as a warrior well and named him early. Foxstorm has continued to excel even though he is not a true WindClan cat.

Appearance: Oakfeather has a pelt that sticks up all over like ruffled bird feathers. She can never groom it so that it'll stay down. Her eyes are a light green.

Personality: She's grown quieter and more accepting with age. She has her snappy moments and sometimes dislikes being bothered by kits and apprentices.

History: Oakkit was bron in newleaf and raised without much fanfare. She loved to play, like all kits, but she became interested in the medicine den just before she was to be apprenticed.

Oakpaw was apprenticed to the medicine cat and quickly succeeded him; she was a fast learner. But she was tired of it already and wanted kits. She trained an apprentice quickly and quit being a medicine cat as soon as she was able, not realizing that her apprentice wasn't ready yet. Oakfeather never looked back, but also never had the kits she had so desperately wanted-her only litter died, a punishment from StarClan for failing in her duty to her apprentice. She nursed Foxkit when he came to WindClan and she has always treated him like her own. 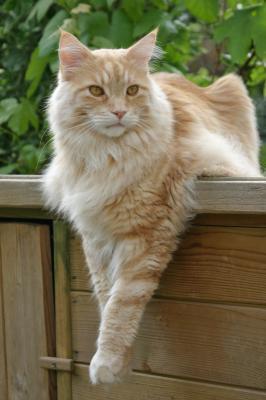 Dawnfeather is a cream colored cat. Her chest and belly are both a pearly white. Her eyes are a soft green color. Like most Windclan cats, she is lightly built for running.

Personality:
Like most Windclan cats, Dawnfeather is wary of who she can trust outside of her clan. She has a mild-temper and is understanding with her clanmates. She is hardly the type to cause trouble or chaos in the camp. Dawnfeather is peaceful, and will only attack when ordered too, or when it's needed. She loves the open moor, like all Windclan cats, and enjoys the feeling of running with the wind scraping against her pelt. In battle, she is concentrated and focused on her target. She can be hostile when talking to cats outside of her clan, and untrusting to them.

History:
Dawnfeather had a normal kithood. Plenty of milk, friends, and stories to listen to. As an apprentice, she listened to her mentor well, and trained hard to become a warrior. Dawnfeather hated cleaning the elder's den, but knew it was good for the elders. She wasn't quite sure why they needed to clean out the elder's den, and never cleaned the warrior, nursery, or apprentice den. She got her warrior name as Dawnfeather, and loves serving her clan well.

Kin: Mother and father are deceased

Name: Everlily
Gender: female
Clan: Windclan
Rank: medecine cat
Personality: If you really want to be looking for your ears at the end of the day, get smart with Everlily. She is sarcastic, snide, cold and has a "suck it up, buttercup" attitude. Nobody knows why she acts this way; it could be because of her horrific injuries and how everyone looks away when they see her face. (see below↓). In any case, she is as prickly as a cactus and about as social as a leech. But some cats are just like that. However, don't judge her by her personality; Everlily's natural skill with herbs and strong connection to Starclan are astounding. She is a gentle healer and feels it deeply and personally when a cat in her care, or any cat really, dies.

History: A shivering border patrol was stumbling through the snows of a harsh leaf bare when one of them stepped on something pure white, and it twitched. A closer inspection revealed it to be a once-beautiful female kit, thin as a twig with jutting ribs and legs like stalks of grass. The snow was reddened around her small form, and the reason was clear; something with long, sharp claws had slashed across her face, leaving her with half an ear (the other was completely torn off), cheeks scored to the bone and deep ridges across her muzzle and nose. Miraculouly, both her eyes survived, although one is permanantly squinty. She was rushed to the medecine den, where everyone did everything they could for her. One greenleaf morning she opened her clear blue eyes and uttered one word: "Ever." Then she lapsed into real sleep, and woke up with no memory at all of what happened to her, except for a reccuring nightmare of filthy claws and screams. She stayed in the medecine den for moons, then gave up all hope of ever being a warrior and got her apprenticeship. Her skill with herbs is astounding, and possibly because of her near-death experience, she is exceptionally close to Starclan.
Other:
Image: 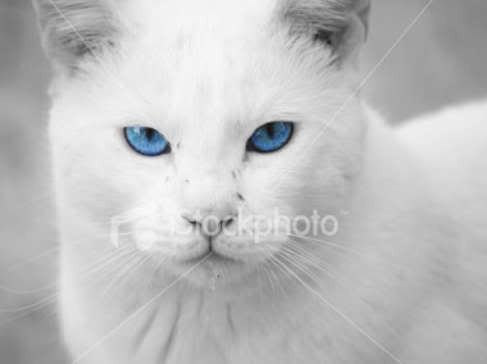 (Before her injuries; if I posted a picture of what she looks like now, you would have nightmares, I promise you.)