The kids's parents are in jail and the police are chasing them down.

Name: Elektra Holinds
Age: 16
Gender: F
Appearance: http://m7.photobucket.com/image/prett...
Personality: sneaky like her parents, a good pickpocket, makes a good impression, good actor, fun loving and humorous
What did their parents do?: con-men/women
Other: at the begining of her life she was pretty poor, then slowly became richer because her parents starting conning, and when they got arrested they lost everything, she did a little coning too so that's mainly why the police are after her, she has a fake ID under the name Janet Ingles, she can pass off for any age between 15-19 and still cons a little here and there to get buy, but not enough to get noticed. she's been living like this for about two months 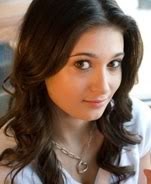 Personality: Hard to trust and hard to know. She can do most crimes
Parents did: They were on the run for most of their lifes for various crimes
Other: TBA

Name:Jade Russetan
Gender:Female
Age:15
Appearance: Black,tangled long hair, skinny,silvery eyes,small, has a "bad girl" look
Personality:Mysterious,quiet,can do most crimes, lonely, but nice once you get to know her
Parent's crime:Child abuse, left her on the street alone in California when she was 8