Mod
Name:
Gender:
Rank: (minion, prisoner, assasin... etc...)
Pelt:
Eyes: (Almost ALWAYS bloody red)
Personality:
Kin:
Mate:
Crush:
Power:(if any; most dogs just have like, claws or fangs of steel or something like that...)
History:
Other: 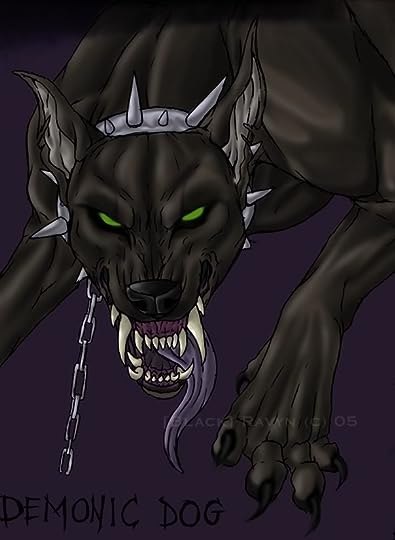 except without the collar and has half his face open metal. He doesn't have a tail either...
Eyes: DEEP blood red
Personality: http://www.youtube.com/user/LylaWarri... (Cocky, over-confident, selfish, bloodthirty, hellish, you get the gist...)
Kin: tba
Mate: none YET
Crush: he decides... ^^
Power: This is the dog of ALL dogs! To start, he is made almost intirely of metal. Skin covers it for most part but one side of his face shows bolts and screws along with wires and weird tecky stuff... as well as a few other parts of his body. He has long fangs that arent metal and really long, sharp claws that emit vemon as he wishes. He can sink his claws and teeth into you and if he wants to he can eject venom into your bloodstream. He can vanish like a ghost in thin air. He bleads black blood(unless he wills himself to bleed red)... he can take the form of other dogs, and can make himself bleed like a normal dog whenever he wants.
History: tba
Other: This is Blue's charrie!!! he cusses to... get over it...

Mod
Name: Voka
Gender: female
Rank: assasin
Pelt: I'm sry... I don't have a pic. This vid is kinda loud so turn the volume down and if you can't hadle blood/gore don't watch... http://www.youtube.com/watch?v=ptaiNk... She is the doberman with the harness
Eyes: red
Personality: tba
Kin: n/a
Mate: none yet
Crush: loves Demon to DEATH. She would do ANYTHING for him.
Power: None rly, except for the fact she can jump long distances and run RLY fast...
History: tba
Other: Demon treats Voka like shit..... She is the only one of his assasins he treats bad... *frown* 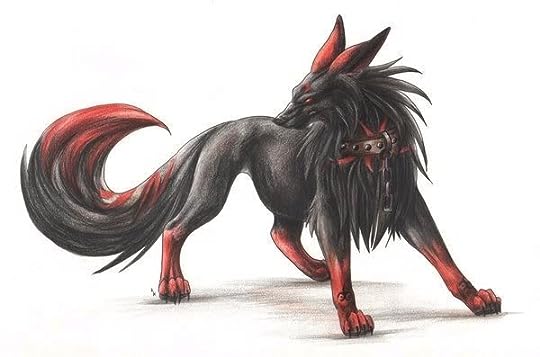 Without the collar
Eyes: A dull, rusty orange
Personality: The, I-Don't-care type. Hates it when anyone touches her. Keeps away from everyone
Kin: Open
Mate: Pff, no
Crush: ...
Power: She can turn into a fox
History: Who knows?
Other:

Mod
You can post a photobucket pic. It's easier than the link thing... See the little codes at the left side? Just click on the html code and it should say 'copied' then past it.

Mod
Oh. I need a character who Demon hates so...A NEW ONE NEEDS TO BE CREATED!

Mod
Isn't it. The ONLY one of his assasins he treats bad is Voka!

Mod
...uh....I'm gonna be just lurking here thinking about how someone took my corner

Mod
*stern* No arguing over who's corner it is! 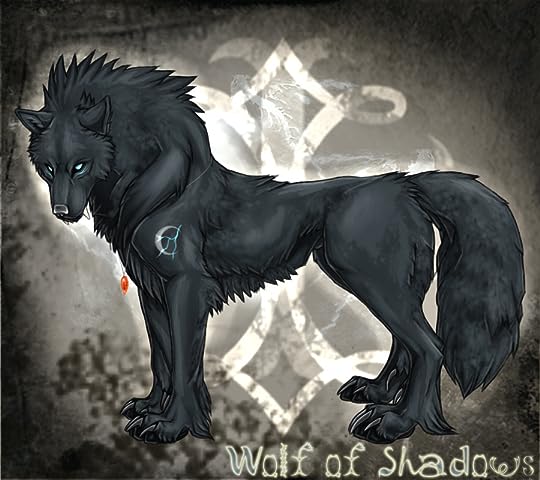 (This is a screwed up lookin dog but those are the designs she has...)
Eyes: shiny crystal blue
Personality: Shy, gentle, fierce only when need-be
Kin: Not applicable
Mate: Demon
Crush: Demon obviously...
Power: is a vampire
History: how should i know!?
Other: she is an effin vampire gosh! and she has a strange moon design on her shoulder 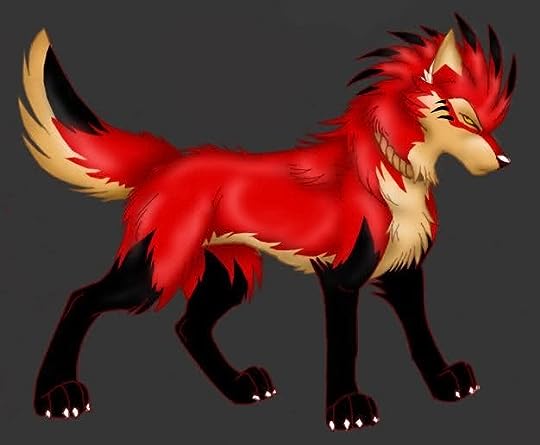 Eyes: Brown
Personality: Will Find out.
Mate/Crush: Any Female he wants, Ninja and Slate
Family: Unknown

Mod
no... She has no kin: as far as they know. She was stalking the same dog that Demon was attacking and stole Demon's kill(because she was hungry) and they made a deal, and she stayed with him. 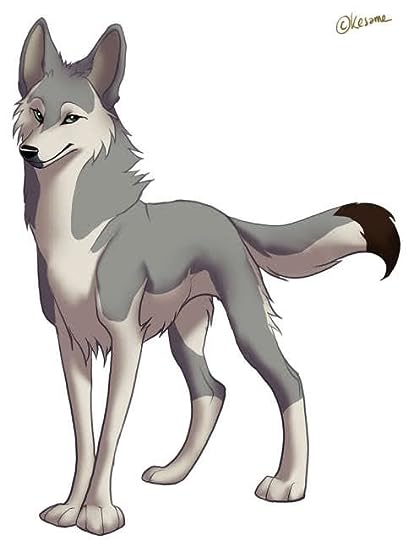 Eyes: Silver
Personality: A mix between her parents.
Kin: Ziva (Mother), Demon (Father),
Mate: Open
Crush: Shade
Power: Unknown
History:
Other: Psychic, She has Visions about the Future and Past.

Mod
That pup is gunna be treated like shit...

Mod
Name: Alice
Gender: female
Rank: Prisoner
Pelt: light gray with brown dapples and a sword sticking through her chest and tons of scars
Eyes: blue
Personality: http://www.youtube.com/user/LylaWarri... (Devil Wears Prada- Louder than Thunder(Quiet like the Snow))
Kin: six(bro)
Mate: No WAY
Crush: none
Power: none
History: was kidnapped as a pup and tortured by Demon
Other: shunned by the ranked wolves in Demon's pack

Name: Six
Gender: male
Rank: Prisoner
Pelt: black with a bloody roman numeral '6' etched into his cheek
Eyes: blue
Personality: http://www.youtube.com/user/LylaWarri... (Good Charlotte- The World is Black
Kin: Alice(sis)
Mate: no WAY
Crush: none
Power: none
History: kidnapped as a pup and tortured by Demon
Other: shunned by the ranked wolves in Demon's pack

reply | flag
message 43: by [deleted user] (last edited Nov 07, 2010 03:07PM) (new)
Nov 07, 2010 11:11AM
Name: Spider
Gender: Female
Rank: (minion, prisoner, assasin... etc...)Assain
Pelt: Whitish green fur, black paws.
Eyes: (Almost ALWAYS bloody red)very tiny pupils, but they are blackish-purple.
Personality: dangerous,quiet, untrusting
Kin: All dead
Mate: Open? I DURNOO
Crush: ...Meh.
Power:(if any; most dogs just have like, claws or fangs of steel or something like that...)Wierd healing powers and spiderlike abilties.
History: Killed her mother.Was once in love but she hurt him and he left her.
Other: ...BANANANAS.

Mod
There is no med wolf. if they get sick or hurt, Demon lets them die(or he tortures them)...

Mod
...then make him in loners/rogues...