Character Name:
Age:
Gender:
Power(you may have 1 ONLY, And you Don't have to have one either)
Looks:Please post a pic or a link☺ If you want to know how to post pics please look at Elundari's Hotlinking classes
Personality(s):
Background Story:
Reason Why you are in the Orphanage:
Crush:
Family:
Other: 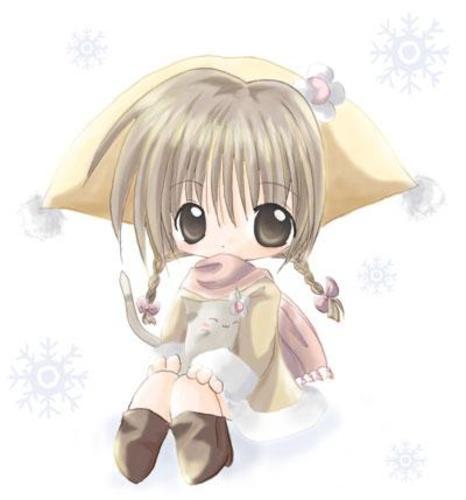 Personality(s): TBD
Background Story:
Reason Why you are in the Orphanage: because she's on orphan, duh!
Crush: open
Family: none
Other:

No I mean like how did they become an orphan.

Character Name: Yumi
Age: 10
Gender: female
Power: none
Looks: http://mistakesofyouth.com/images/aug...
Personality(s): Shy,kind,loves to be close to her big brother,and is quiet.
Background Story:
Reason Why you are in the Orphanage: When she turned ten her mother started to die and then her father was killed with a car crash. Her big brother took care of her.
Crush: none
Family: Her big brother Kei
Other:

That's that main character from Spiral! whats his name ummmm..........

Character Name:Stella Marie
Age:12
Gender:Female
Power:Can Control Wind
Looks: [image error]
Personality(s):Smart, Kind, Somewhat stubborn, Gentle
Background Story:She has been in the orphanage for 5 years now and just about knows every inch of this place. Her mother and Father were killed in a brutal Car accident and her God Mther and God Father were Shot and killed. She is an Extrordinary singer and more of a caretaker to the children at the Holy Trinity Orphanage than a fellow orphan. She Misses her family very much as well. she had a younger sister but she died shortly after her premature birth. She was very sad to hear that her sister had died.
Reason Why you are in the Orphanage:Both her Parents and her God Parents have died and she had nowhere else to go
Crush:Open
Family:None
Other: She Is a Very Good singer, She tends to sing in japanese more that she does in english considering she is Half Japanese

I know but I forgot his name! Researching again.

reply | flag
message 11: by [deleted user] (new)
Oct 29, 2010 05:38PM
Name: Ziva
Age: Oldest you can be and still live in the Orphanage
Gender: Female
Looks: [image error]
History: Was left there by her fathers Driver.
Personality: Highly distrustful of men
Other: Was sexually abused in her Foster homes