Name: Dawncloud
Age: Adult
Gender: F
Rank: Medicine Cat
Description: Dawncloud is a thick-furred she-cat with cream coloured fur and soft green eyes. Although her lighter coloured pelt is the complete opposite of her brothers, it's still similar to ShadowClan due to the fact it's not white and her thick fur could often keep out the cold, the shadows of her previous Clan never being much of a problem. Dawncloud shows no real signs of being half RiverClan and reminds others more of a ThunderClan cat

Personality: Dawncloud has always been a sweet-tempered cat with a love for healing. Whilst not shy, she's certinly caring and ocnsiderate and wouldn't dare insult anyone, within her Clan or not. She holds strongly to her beliefs and has always had faith in StarClan, even when things don't seem to be going quite right. Sticking firmly to the Medicine Cat Code, Dawncloud has never felt any pressure to prove herself or her loyalty and just goes with the flow of being who she wants to be.
In many ways, she's quite the opposite of her more agressive brother Blazingstar, who is more of a tyrant than a friendly healer as Dawncloud is. Where Blazingstar isn't afraid to break the Warrior Code, Dawncloud sticks firmly to it. Where he will do anything to get what he wants, Dawncloud simply goes with flow. Unafraid to voice her opinions and state her authority in the Clan, Dawncloud has always been the sort of cat willing to stand up for what is right. She longs for peace amongst the Clans, instead of the constant fighting.

History: Dawnkit, Blazingkits littermate, loved her life. Blazingkit was always the one that got in trouble with her two other brothers tagging along, and she was always hanging around the Medicine Cats den. What an easy life she had. That was, until the incident. After that, Blazingkit was never the same, and Dawnkit worried about him. She certainly didn't approve of his choice of friends, Black-kit, and was even more afraid of confronting him about it, scared she'd push him even further away.
Time moved on, and she became the Medicine Cats apprentice, befriending one of the other Medicine Cat apprentices, Featherpaw. On a couple of occasions they touched down on the subject of Blazingpaw, and she would never have guessed that the two had a secret relationship. She'd always thought Featherpaw was a stickler for the rules- just like her. One night she followed Blazingpaw out of Camp and watched him in one of his personal training sessions, practicing the best ways to not only to seriously injure a cat, but to kill them. Afterwards, she followed him to the RiverClan border, where he waited for somebody. Thinking that he was forming an alliance with RiverClan, Dawnpaw stayed put, eager to catch her brother out and teach him how wrong it was.
You could imagine her surprise when it was Featherpaw who turned up. Mortified by their disobedience towards the Code, Dawnpaw slipped back to Camp and later confronted Blazingpaw. It angered him more than anything, though, and Dawnpaw realised mere words could not get through his thick skull. In a ditch effort to get him to realise his mistake, she left ShadowClan for ThunderClan- the only Clan without a Medicine Cat apprentice.
Whilst ThunderClan was suspicous of her at first, she ignored all their comments and stares and completed her training. She's now a fully accepted member, and ThunderClans trusted Medicine Cat. 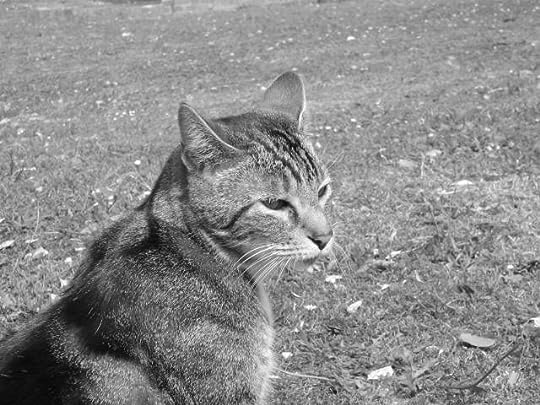 Personality: boastful, courageous, hates whiners, hates being called/thought of as weak
History: she is a kittypet's daughter, and she knows, which is why her personality is the way it is. She hates her mother and father.
Kin: kittypets and more kittypets
Mate: crush is open MAYBE Lionpaw
Apprentice(s)/Mentor: (please specify which one)Mentor please be Dawncloud?
Other: will do anything to get in a fight with her mother, father, or anyone that makes fun of her

She'd have to be Medicine Cat apprentice if she was Dawnclouds apprentice.

oh oh yeah maybe not Dawncloud but how's about it's like Hollpaw she was med cat apprentice but switched cuz it wasn't the life for her?

Alright. So has she switched or is she still Med. Cat apprentice?