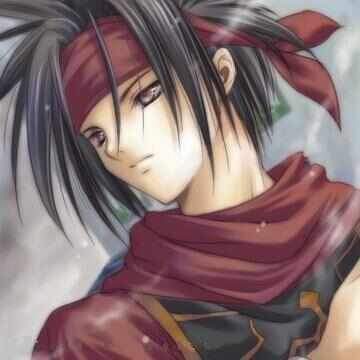 Personality:Stealthy, smart, stubborn, and loyal
Other:Has been a pirate since the age of 7 starting as a cabin boy after his parents died in a fire that started in his family's kitchen, he was the only one that survived the fire

((someone should rp pirate with me,))

message 4: by [deleted user] (new)
Sep 10, 2010 06:12PM
I will!
Name: Gwenaelle
Age: 18
Gender: FM
Ship: The Cross (if you don't mind)
Rank: Really important
Looks: https://www.cartoondollemporium.com/f... Don't forget to scroll down to see her pic
Personality: Quiet, loyal, caring for her friends
Other: Parents murdered by pirates in their home. The pirates took Gwenaelle with them, and she has no idea that this happened. She believes that her parents were pirates who died.

Fine. if you want i could make a list of all the ranks

It's your turn in the pirate rp.

Name: Blake
Age: 18
Gender: female
Ship: none right now but she's going to she if there's a spot on the cross
Rank: none right now but is a really awesome fighter
Looks: Dark brown hair that's usually kept in a braid and dark brown eyes
Personality: ruthless, loyal,
Other: Has grown up as a pirate since her father was one before her