Mod
Name: Rosalie Carters
Gender: Female
Age: 13
Grade: 8th
Personality: Rosalie is a mixture of things. She is angedered easily, aggrsive, and defensive. She won't stand to be picked on, or watch her friends be picked on. She is quite protective and possesive. One flaw is, she has trouble saying "no". So, she sometimes does favors for other people, even though she couldn't care less. Rosalie is popular, making her outgoing, flirty, and sometimes mean. But, she hardly ever bullies.
Apperance: 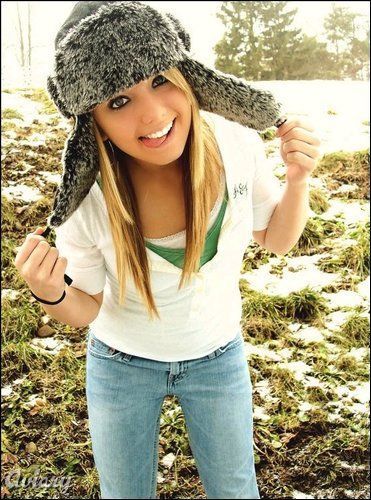 Wardrobe: Rosalie usually wears t shirts, designer clothes, sneakers, flip flops, short shorts, or jeans. She is never seen in old ratty clothes.
Family: Her mom, dad, step dad, step brother
History: Rosalie was bron in England. And moved to the US, when she was 11. Here, her parents got divorced.
Birthplace: Ports Amith, England
Pet(s): a large 9 month old black german shepherd dog named Nike. A horse named Sundai
Crush: Open!
BF: Open!
Other: Plays tennis (one of the best in the world, for her age), and she has a British accent

Name: Jeydon Samules
Gender: Male
Age: 14
Grade: 9th
Personality: Jeydon is very sporty and athletic. He is a bit of a player, and very flirty. He is quite demanding at times, and sometimes rude and inconciterate. Jeyydon dosen't always respect athourityu and plays by his own rules.
Apperance: http://api.ning.com/files/Q-ORtaAssNJ...
Wardrobe: Jeans, hoodies, t shirts, football jersies, basketball shorts, Ambercrombie shorts
Family: dad, step mom, step sister
History: Jeydon was born in New York. His mom died of lukiemia when he was 12. His dad and him then moved to Claifornia, where his dad met Rosalie's mom. They got married when Jeydon was 13.
Birthplace: New York, New York
Pet(s): a German Shepherd named Rouge
Crush: Open!
GF: Open!
Other: plays football, has ADHD

Name: Sara Presyler
Gender: Female
Age: 15
Grade: 9th
Personality: Sara is athletic. She boy-crazy and kinda flirty. She has a good side and a bad side, you dont want to get on her bad side. Very short tempered, defensive, and has attitude towards the ones on her bad side.
Apperance: [image error]
Wardrobe: tank tops, tee shirts, shorts, skirts, flip flops, sneakers, jackets
Family: mom, dad
History: Sara was born in Spain. Her dad is from California and her mother is from Spain. They moved to California when her dad got a job offer.
Birthplace: Seville, Spain
Pet(s): Chinchilla name Chilo
Crush: Jeydon
BF/GF: Open
Other: loves to cheer

Name: Abby Anderson
Gender: Female
Age:14 years
Grade:9th
Personality:Shy,Reserved,Sweet. Does not like to be center of attention unlike her sister Kristen.
Appearance: 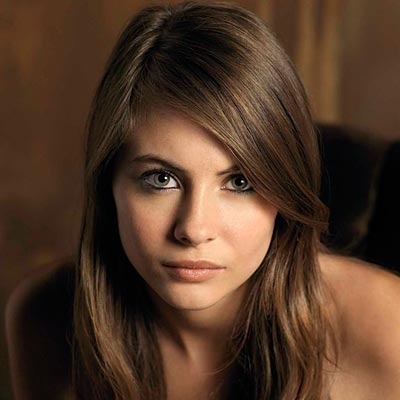 Wardrobe:Same as her sister
Family:Mom,Dad,Sister Kristen
History: Born in Florida and moved to California when she was 10
Birth place:San Diego,California
Pet:Dog named Amber
Crush: Matt
BF/GF:Open
Other:Doesn't do sports but is also a lefty.

Name: Tawny Denbrooke
Gender: Female
Age: 18
Grade: 12th
Personality: Tawny is stubborn and troubled. She doesn't get along with others very well and likes to do things by herself. She has very high standards for everything, and doesn't care what people think. Though it is difficult to socialize and make friends with her, it is not impossible.
Appearance: 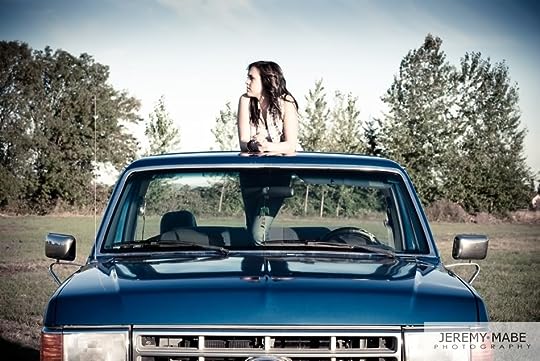 Wardrobe: All dark colors. She loves skinny jeans and tanks.
Family: All deceased except for her wealthy grandfather.
History: She keeps it a secret.
Birthplace: England (she has lost her accent)
Pet(s): None
Crush: None
BF/GF: None
Other: None

I just think he is cute

Name: Ariana Lea Sanchez
Gender: Female
Age: 16
Grade:Junior
Personality: She's a very quiet and reserved person and barely ever talks,even to teachers. She's more of the observer rather than the speaker and can be pretty intuitive of people. She's can be very independent,fearless at times, and radiates this sort of of peaceful,serenity about her. There's something mysterious about her,she's never been very expressive but her hair defintely stands out.
Appearance: She's not very tall,around 5'6 and has a slender,yet athlectic body shape but she loves to eat junk. 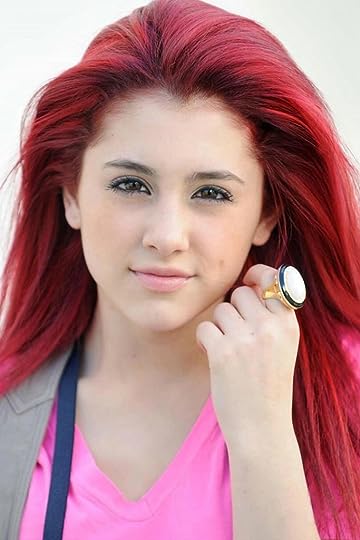 Wardrobe: She has a very different style,she loves mix-matching her outfits and they just seem to work.
Family:Her mother: Maria Sanchez; Her step-father- John Jackson her older step-brother- Derrick Jackson
History: Her father died in a car crash when she was seven that she was involved in,but she had survived. She still remembers it vividly,the way the truck had made instant impact to their car and how they flipped over multiple times. She remembers calling out to her dad,and no response. Everyday she still hurts,a hurt that'll never heal. Her mom remarried 7 years later and it's been hell ever scince but she copes with it..hardly. They had to move to California and now live in John's (step-dad's) Mega-Mansion but she doesn't care about any of it at all. What she wants is her dad back but what are the odds of that happening?
Birthplace: Manhattan,NYC
Pet(s): A cornsnake named Cornny,give her a break she was 5.
Crush:Open
BF/GF:open
Other: She taught herself the piano when she was 8,she needed something to occupy her-self.

Name:elizabeth james(liz)
Gender:F
Age:16
Grade:junior
Personality:very sure of her self and bold she hates the popular girls and yet shes fairly popular her self,shes funny and will stand up for anyone that needs help
Apperance: http://www.covermodelsmanagement.webs... (the 5 person)
Wardrobe:just about any thing thats in style
Family:mom dad alex(brother)
History:was born in ohio and moved to california her brother still lives in ohio
Birthplace:canton ohio
Pet(s):a cat named scout and a retired race hore named hot shot
Crush:OPEN!!
BF/GF:OPEN!!
Other:

Name: (first and last) Alina Villenuava
Gender: F
Age: (11 through 18) 14
Grade: Freshman, 9nth
Personality: (at least four sentences) Alina is super sweet and nice, and can be abit overwhelming. With her long blonde hair and beutiful blue eyes, you would guess whe was a popular girl. you couldnt be further from the truth. Of course, she was a popular girl at first, but, someone betrayed her. And NO ONE can get away with that. Shes very, very loud, headstrong, and confident. She doesnt really care what people think about her, and loves to talk! Also, shes still friends with the popular people, but, the head girl hates her with a pasion.
Apperance: One word. Alina is georgous! With her long blonde loose ringlets, big blue eyes, and long lashes, its no wonder she gets all the guys! Shes relativly tall, and is slender, yet muscular. 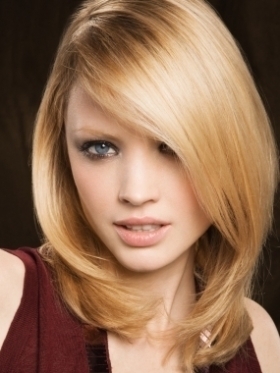 Wardrobe: Basically, she wears anything, and everything. Literally. One day she could be wearing a hot pink shirt with black jeans, and abunch of silver jewlery, the next a blue dress.
Family: She has 15 boy cousins, and loves all of them. She is the first girl in her family, in 12 generations.
History:
Birthplace: She was born in Brooklyn, moved to Chicago, and is talking time adjusting to the countryside. Shes so used to the city life...
Pet(s): She has a golden retriver named Bowie
Crush: TBD
BF/GF: TBD
Other:

That would be so cool! But, you know what would be awesomer? if they became like best friends, and thats why she ditched the popular crowd? Cuz her and the head girl are like WORST enimies even though they used 2 be besties...

That would be so like a weird plot twist if they were friends right????!!!!

Lol, neither am I. its like midnight, 1 or 2 or something. I dunno. like over summer they became like best friends... I seriously need to go to sleep. laters!

Lion Queen Izabel wrote: "That would be so cool! But, you know what would be awesomer? if they became like best friends, and thats why she ditched the popular crowd? Cuz her and the head girl are like WORST enimies even tho..."

but no! Kristin was always head, otherwise the other girls woulda ditched with her. You know? so if she was co, they dont really care. Alina was co, and Kristins head.

i know,Kristen USED to be co girl but now since ur person left now shes head girl

But, if Alina ditched, thats the name of my character btw, it would be better if Alina was co always, and she wanted to be head of something, so she left.

oh ok,i am fine with that