They have to be either a:

*For "Occupation", if they are an employee at the park, tell which Zone they work at, if they are a civilian, make up one, and a thief...well, they are thieves and that's their occupation.

Name: Dashti
Age: 21
Gender: Female
Appearance: (below)
Personality: You'll see
Relationship: None yet
Thief, Civilian, or Employee: Employee
Occupation*: She works at the Ride Zone, and sometime goes at the Water Park Zone with her brother, just depends on her job
Other: Her brother is Razo

<--they both are there...I think you can tell which one's which. :P

Name: Razo
Age: 22
Gender: Male
Appearance: (above)
Personality: You'll see
Relationship: None yet
Thief, Civilian, or Employee: Employee
Occupation*: He works at the Water Park Zone
Other: His sister is Dashti

Mod
Name: Sixx
Age: 16
Gender: female
Appearance: short black hair in a pixie cut. (well..it's three inches long and she spikes it up. :P) Bright 'sprite bottle green' eyes and long lashes. Pouty lips. Fairy-like body and facial features.
Personality: depends on who you are and how she feels.
Relationship:
Person Type: I haven't chosen..
Occupation: I have to choose the other thing first.
Other:

I never really got to do this one on Trans...

Sweet! And no we didn't get to see much of her on Trans, this will be fun!

Psst. Can someone please give me a short summary? I read the background but there are a lot of posts...

Whhaaa? Okay then. Wowzers. *shuffles off to create charrie* 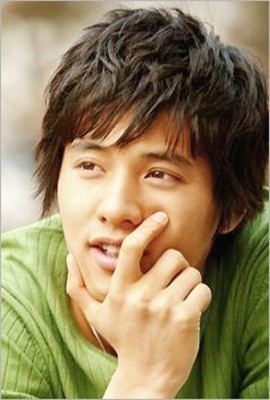 Personality: Gruff, kind of the opposite of Autumn on the outside. Kind of rude and mean to strangers because he wants to appear tough and he was always an introvert. But to people he's close to, he's a big softie.
Relationship: To be decided.
Person Type: Civillian
Occupation: Mechanic
Other:
His twin sister is that girl down there.

Appearance: [image error]
Personality: Sarcastic but friendly. She's a smiley people person.
She uses this to manipulate people.
Relationship: Ladedahdah (None yet)
Person Type (Thief, Civilian, or Employee): Thief
Occupation*: College Student
Other: Her twin brother is that guy up there

Name: Charlotte (Carly)
Age: 15
Appearance: http://www.igp-web.com/carlow/Saoirse...
very tall
Personality: A semi-quiet girl who loves going to Amusement parks and is a very sweet and loving person. Can be feisty if she wants to.
Person Type: Civilian
Occupation: High school student
Other: She is afraid of being mugged because her mother was hurt very badly by a mugging.

And you're bringing the group to life again, also LIKE A BOSS.

Do you want her to meet Dashti or Razo in the park? Razo would be easiest. He's at the Water Park zone, where he works.

Okipoki. So she could go on the ride or something. =P