Sean Connery is 80 yrs old today. I LOVE Sean Connery. Entrapment, The Hunt For Red October, and Indiana Jones and the Last Crusade are my favorite non-Bond movies. Diamonds are Forever, Goldfinger, and From Russia with Love, my favorite Bond movies. What about you?

I know a lot of women dig him.

Although he was very easy on the eyes when he was young, I'm not really a fan.

reply | flag *
message 5: by [deleted user] (new)
Aug 25, 2010 08:04AM
I really liked him in Finding Forrester, and he is pretty good in The League of Extraordinary Gentlemen. He did set a high standard for James Bond.

He doesn't seem like an 80 year old man. Yowza.

RandomAnthony wrote: "I know a lot of women dig him."
I dig him.

my wife gets swoony over him

He's even older than me.

It's the looks combined with the accent. 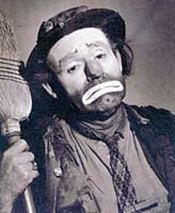 it's the lipstick Kevin!

just saying it is not the same effect

it is for your wife

i gotta work on the accent

no. i am being realistic. going for my wife seeing an 80 yr old sean connery and then looking at me and giving me the two eyebrow raise twice thing

Give me an Irish or Scottish accent. Or even a Californian accent.

Mod
Californians have accents? (Not counting Schwarzenegger here.) Are we talking Valley Girls?

I have to ring the US occasionally for work, California to be precise. The chap I speak to has a gorgeous accent.

gail said chap! I love you Aussies and I can't wait to visit there and drink up the language!

Larry wrote: "He's even older than me."

I used to love Sean Connery until he told Barbara Walters he thought it was okay to hit a woman, 'cuz, ya know, they try to get the last word in sometimes.

That spoiled his attractiveness for me.

Misha wrote: "I used to love Sean Connery until he told Barbara Walters he thought it was okay to hit a woman, 'cuz, ya know, they try to get the last word in sometimes.

See, that just confirms the willies he kind of gives me as a human being.

Gail "cyborg" wrote: "Ha, I can't hear the Australian accent. It doesn't sound sexy to me.

Give me an Irish or Scottish accent. Or even a Californian accent."

Hey Gail, you've got a sexy accent and you don't even know it! I've never heard an accent in someone from California, so I can't comment on that. Southern US accents are drool-worthy, but that's pretty much it for North America.
I'm pretty sure the Canadian accent isn't sexy either. Eh.

take off ya hoser

It is to us southerners yah hey der.

Jim "In dreams we enter a world entirely our own" wrote: "It is to us southerners yah hey der."

You're not a Southerner, Jim... just stating the obvious.

Now I need to hear a Canadian accent.

Misha wrote: "I used to love Sean Connery until he told Barbara Walters he thought it was okay to hit a woman, 'cuz, ya know, they try to get the last word in sometimes.

I can watch him as an actor, but I never want to know anything more about him as a human since I saw that Barbara Walter's special. Now, Clint Eastwood was pretty darn flirty with Barbara!

Yeah, I'll still watch something he's in if a movie comes on TV, but I no longer consider myself a fan.

well you all are ruining it for me ::sighs:: please tell me he is not another Mel Gibson!

He is not Mel Gibson. His first wife apparently made allegations of abuse in a book she wrote, but he's been married to his second wife since the early 70s and she's never made any allegations that he hit her. Make of that what you will.

Connery's more of a dinosaur, and the hitting women thing seems to be part and parcel of his idea of what it means to be a manly man. It's certainly part of the James Bond narrative through the Connery and Moore eras - Bond doesn't hesitate to smack a woman around if he needs information, or if she's obstructing him from something he needs for his mission.

If the allegations made against Gibson end up being true, I think there's something very different going on there.

I wasn't aware that Sean Connery had made those comments. That's really a shame.