Hmmmm I love him too, but not as much as Sam and even he can't top Dean! I Love Dean! 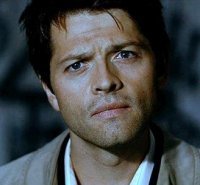 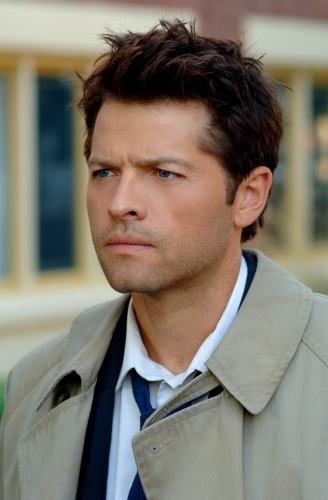 I love Dean, but Cas is cool.

ohhhhh is that the one who Dean and Sam can see...??

I am a Sam girl then a Dean girl but Castiel has a way of crawling into your hear.

Mod
You know what I love about Cas, is that he is so completely different to Misha, and although I think they are both great (Cas the character and Misha the person although Misha is a little crazy I think), Castiel is such a great role. And he brings everything to it too.
I love how confused Castiel looks sometimes, and his hair is cool too, even though you'd think Angels don't do hair, his hair always looks good, sort of half between I just woke up and no I styled it this way.

Mod
She might be in Australia, cause SPN airs on Mondays here in Australia but we are about half a season behind (or more) hence why I watch live stream on the net :D

yea he became a god!

i know not cool.

i was shocked that he easily killed Rafeal

and Cas also killed Balthazar T_T and i think also Crowley or was it Sam? i forgot who killed him but he dies too.

Crowlely.
ass if Sam will ever die

Crowley didn't die he ran away. And if you want to get technical Sam has died he just comes back.

Here's a recap of the finale: http://www.buddytv.com/articles/super...
says he got away

Crowley didn't die, he disappeared (Cas let him go). It's possible Crowley will be back next year, but Mark Sheppard's not saying yet. I don't think anyone knows the plan for next year just yet. Even Misha's not sure how many eps he'll be in.

why he let Crowley go?

To "deal with him later" as Cas put it. I get the feeling his plan of vengeance isn't going to work out as well he Cas planned since Crowley's likely to outlive him. Ah, Mark Sheppard, the ever-lasting guest star :)

i don't think Crowely is going to die any time soon

i wonder if Cas REALLY wants to be god?

Again, Crowley is NOT dead. Cas let him go to be dealt with later. And as much as I love Misha, I've got to say I love the dark turn Cas has taken. Absolute power corrupts absolutely.

wait what season you on? i saw Cas burn Crowley's bones and he died...

Skye wrote: "wait what season you on? i saw Cas burn Crowley's bones and he died..."

Have you finished the sixth season? ;)

I officially cover the show, so I have be current (often I have to be ahead of current to break news).

Season Six was an experiment. As you progress through, the audience often complained about the disjointed nature of the storyline, but if you go back and watch it again straight through, there are some really good plot points and clues that are interwoven which were missed by the audience the first time through. I commend Sera and the others for taking it in this direction.

Two more weeks until J2 are back filming Season Seven (woo!) and Jensen will be back in Vancouver prepping the first ep to film (which he's directing) as of Saturday. YAY!

Crowley is NOT dead

I'm not sure how I feel about this darker Cass. Loved the scene where Sam plunged the knife to kill Cass and it did nothing.

i thought it would kill him :/

Yeah I've always had a soft spot for Castiel. I especially loved him when Dean goes into the future and he's just a normal guy with no powers. LOL That was season 5.

i think i've seen it before...