Mod
Bluefire
female
deputy
Young Adult
app:
http://s.bebo.com/app-image/795059258...
Personality: She is a very independent dog. She can do things on her own and she is very loyal. She is a beautiful dog and very strong.

History: Bluefire's father was killed by a badger before she was born. She was a good apprentice and when her mother was hit by a monster she was crushed. Her warrior skills fell and she was thought to never be a warrior but she pulled herself together and became a great warrior and then deputy
Kin:(dead)
Crush:OPEN
Mate:OPEN
other???? 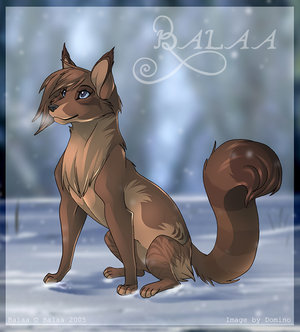 PA: Sagepaw is a bit of a trouble maker. She is very clever and always has a plan but sometimes things dont work out the way she planned. She is a good apprentice but tough to handle. She is very flirty to. If there is nothing for her to do she will normally be out somewhere with the boys flirting and snuggling. She is very trust worthy though and you can trust her with your life.

History: Sagepaw was born into a happy life with a sister and her mother an father wee both still living. A few moons after birth her sister grew ill and died of greencough. Sagepaw was to young to realize what had happened then so it didnt really bother her but her mother and father were very depressed. When Sagepaw was first apprenticed and her menor and mother too her out to show her the territories and border lines. While out they encountered a badger. Sagepaw had no warror skills yet because she had never been out battle training before so it was up to her mentor and mother. Her mother was killed whe the badge snapped her neck. Sagepaw has always blamed herself for the death of her mother. She has never forgiven herself and the badger that killed her mother was never killed. She has been searching for its trail to murdrer it brutely.
Kin:Father
Crush:OPEN
mate:To young
other:????

Mod
Foxblaze
male
warrior
young adult
App:
http://upload.wikimedia.org/wikipedia...
PA: Foxblaze is a very loyal and hard-working warrior. He is brave and strong. He is also a wonderful fighter. He is a great warrior who skills are hard to match. He is also very sweet and caring.
History: Foxblaze's father died before he was born. His mother lived till' he was a warrior and died a few months after. Foxblaze was always a good dog who listened and trained well. Foxblaze has learned to deal with hurt and pain so he isnt to distracted to serve his clan.
Kin:(Dead)
Crush:OPEN
Mate:OPEN
other:?????

History: He grew up in Firepack, his mother was sadly killed in a battle. He now wants to be a great warrior and seek revenge for his mothers death, sort of.
Apprentice/Mentor: Open
Kin: Dead
Crush: none
Mate: none
other:

do they have to be realistic? 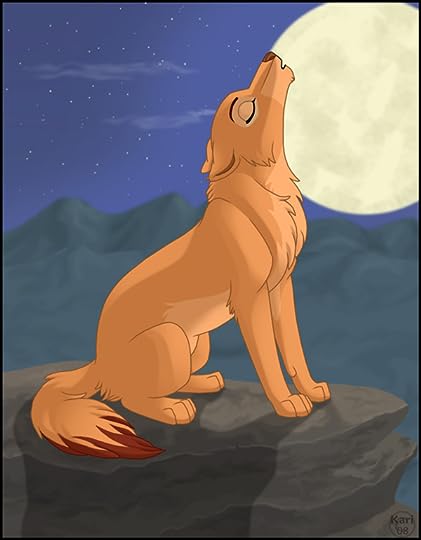 History: Fireblade lived as a loner and still has a few of those qualities.
Apprentice/Mentor: She is scared to have an apprentice because her last apprentice was scared of her. They were battle training and a bear attacked she almost died and her apprentice did. therefore she has no apprentice.
Kin: She dosen't know her family. They abandoned her when she was little.
Crush: foxblaze
Mate: None Yet
other: She dosen't like sunlight. She is not well known by the pack. Although she is very mysterious she can be kind but only if you are kind to her. Alot of dogs make fun of her though. She loves pups but not when they get anoying so terefore she is scared to have pups.

No, just I you want powers then I'd say you would have to ask and list all the specifics.

You asked if you had to be realistic, and I say no it doesn't have to be just get aproval for powers if you want them.

Name: Blazedfire
Gender: male
Rank: warrior
Age: adult
Appearance: He is a bright yellow and then hes legs and snout are a deep red
History: When he was a pup he was born not in a pack, when he got a little bit older his family died by a forest fire from humans. He lived on his own for a couple of months and then the Firepack medicine wolf found him when he was on the brink of dying from starvation, he never learn how to hunt before that. He is now a very goon warrior but can be a little grumpy, he never seems to feel anything to other wolves, some say he has a cold heart but he just doesn't want to lose any wolves that are close to him.
Apprentice/Mentor: open
Kin: none
Crush: open
Mate: open
Other:

Name: Herbpelt
Gender: female
Rank: Medicine wolf
Age: Senior wolf
Appearance: white wolf with green markings on her back
History: She has been a medicine wolf for a long time and has always been able to still do her job even though of her age, she won't quite her job until she has an apprentice. She is the wolf that had saved Blazedfire and had convinced the leader to let him stay.
Apprentice/Mentor: open and FAST!
Kin: none, she has out lived them
Crush: don't think so...
Mate: don't think so...
Other: She is very sweet and caring, she will help heal wolves from the other packs 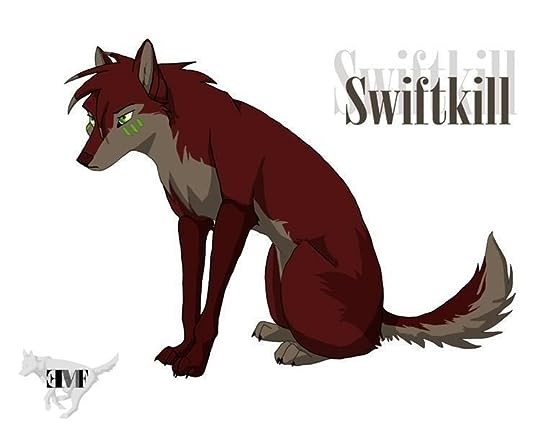 HistorySwiftkill's parents death was unknown,She was with her sister for the rest of her life in other pack intill the alpha male was killed,the alpha female had pups and Switchkill was told to keep guard of them,until Riptide came along and tryed killing the pups,Switchkill tryed to help but fail becuase of her attack she couldnt control,she ended up killing the pups and was almosted killed my the alpha female until her sister,Bloodspill saved her by attacking the alpha,they where both kicked out of the pack and on there own.
Apprentice/Mentor:Open
Kin:Bloodspill(sister)
Crush:Open
Mate:Open
other:nothing