PA:He is very mean and ruthless. he could care less if 1 million dogs die at his feet. he is extremely good at fighting. he ambitious but not for power and is loyal to his clan.

History: Deathbite was born a clan dog and was the runt of the litter. His father was mean and worked him harder than any dog should be worked. His mentor was even worse. She gave him most of the scars he has. He grew up to be mean and big. Since he was small he was picked on too until he snapped. He attacked and almost killed the other apprentice. He is a bomb waiting to be set off.

other: dont annoy him.

PA: Brightstream is a very sweet dog. She doesnt mind fighting but doesnt rele enjoy it. She is very shy too.

Mate: no one trusts her

PA: He is a very loyal and brave dog but he has a short temper. He is strong and can be romantic. Earthflame's loyalty cant be questioned and Deathbite needs to learn that before Earthflame kills him. Earthflame also has a good heart and loves pups.

History: Eathflame is a half pack dog two. His father was from Stormpack and his mother was from Nightpack. Deathbite picked on him for a while but when Brightstream attacked him during the battle Deathbite changed to bullying Brightstream. Eathflame has always hated Deathbite but never said anything. When he was an apprentice he was pretty smart and well trained. He was made a warrior earlier than Deathbite because of his skills. Deathbite never like that either. Earthflame has delt with Deathbite all his life and one of these days he is going to hurt him. 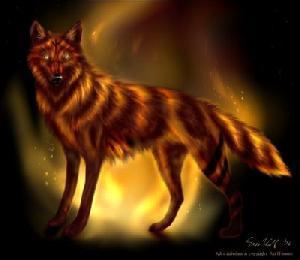 PA: Hates her dad, kind(sometimes)... It really depends on when and what your talking about.

Mod
Yes u may think about history lolz


and Earthflame can mentor her

History: He didn't want kids so he tried to kill them and their mom protected them and he killed her instead, and let the 2 pups live as punishing himself. He beats them.

Apprentice/Mentor: none, but used to mentor Shadowfang

History: dad hates him and his sister.

PA: sorta violent, pessimist(depressed... badly), darker. that's if you don't really know him. He's really rather kind, doesn't know what to do in some situations, Though he doesn't have many He tries to stand up for his friends, extremely shy when first meeting him. Hates his dad.

I came up with histories and PA's.

can i haz leader? 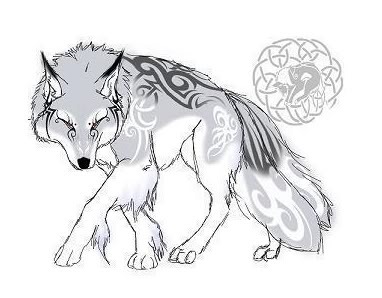 Personality: a nice leader but will take things seriously, a very good fighter, some from other packs fear her. Can be violent.
History: Smokestar became leader at a young age and most under-estimate her. Her warrior name was Smokeclaw.
Crush/Mate: no one
Other: -- 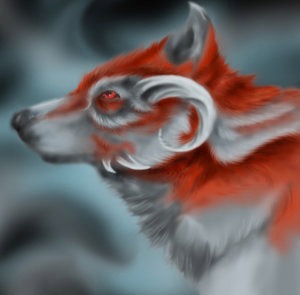 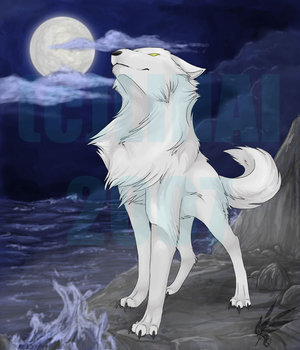 History: Was found as a pup in the snow; the first word she said before going into a moon-long coma was "Ever". Her right back leg is twisted, so she walks with a limp. It is assumed that she was a rogue pup before; no one knows, not even Everlily herself.
Personality: Snappy, rude, straighforward, short-tempered, secretly caring and kind. Formidable; everyone but Wildfire treads lightly around her.
Apprentice/Mentor: none yet
Kin: none
Crush: not allowed
Mate: not allowed
other: Is one of Brightstream's only friends

Mind describing what 'treading lightly' means? There is a lot of ways to take that...

okay, that's what I thought.