Bluestar
female
former leader
former Forestclan
there is no training starpack..
looks:
[image error]
Personality: She is a very sweet dog and very wise. She was a good leader and was very strong and brave. She makes good choices and knows what she is doing
Reason of Death:Killed by Deathbite and a another warrior in battle where she lost her last life.
Kin:On earth
Crush:On earth(open)
Mate:(on earth) OPEN
other: she had a hard leader ship but an okay life

Name: Jadepool
Gender: Female
Former Rank: Healer
Former pack: Icepack
Old Mentor/Apprentice: Dawncloud,apprentice
Looks: http://farm2.static.flickr.com/1411/5...
Personality: She has a kind heart. Jadepool longed to be a warrior but,she felt that Starpack wanted her to be a healer.
Kin: OPEN
Crush/Mate: NONE
Reason of death: Was killed by a Stormpack warrior.
Other:

Apprentice:as i said before no apprentices in Starclan.. 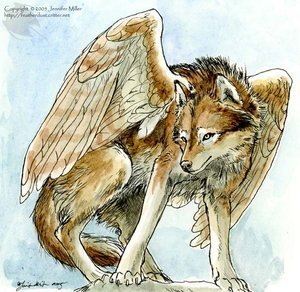 History: When he was young he was always good at everything. He was destined to be the leader of Icepack when the leader died. Soon after he became Deputy he stole Nikkistar's(Who was Nikkiclaw at the time) heart. They were completely in love but no one in else in the clan knew it. When Runningtail was killed she was crushed. Nikkiclaw(Star) was also carrying his pups. No one knew that either. She was made deputy so she souldnt have pups and when she had her thems she left them in Stormpack territory in hope a warrior would find them. Runningtail has watched over his pups ever since. No one knows their secrets and hopefully no one will ever have to.

COD: Killed in a battle with Forestpack protecting pups,after they raided Icepack camp.

Thanks! I made a picture of her, but I couldn't figure out how to post it.

well i know how to post stuff from the internet, but not my computer

With freckles? Lol. Sandblossom's her mother.

It was a sad death.

I don't think so.

Huh. She said her mom got mad at her for being friends with people she didn't know in Rl.