Mod
Any book Giveaways you know of?

Mod
My first blog giveaway is up!!

I have a giveaway on my blog - posted this morning. Come and meet Charlie and enter our giveaway.

I'm giving away a brand new copy of I Am Number Four.
http://violininavoid.wordpress.com/20...

Get one or more stars in the South African Book Lovers Star Search challenge to win a Book Depository Voucher!

I'm giving away a copy of Zoo City by Lauren Beukes.

I've also joined a blog tour run by indie publishers 1889 Labs, and I'll be giving away one of their eBooks next week. By entering that contest you'll also be entered into 1889 Labs's other contests where you can win one of their paperbacks (your choice), a $10 Amazon voucher, VIP passes to get advance copies of their new releases, and (drumroll) a Kindle!
More details on the prizes and the many ways you can enter here

Since there are lots of romance fans in this group, I thought I'd post this: Come and Get It Romance and Erotica giveaway hosted by Juniper Grove.

My 1889 Labs giveaway is up! Comment on the post, and not only do you stand a chance of winning the eBook featured, but also a $10 Amazon voucher, a Kindle, and bunch of cool prizes. http://violininavoid.wordpress.com/20...


My Zoo City giveaway is still running and will end n Thursday, so subscribe and comment to enter if you haven't done so yet :)
http://violininavoid.wordpress.com/20...

Sonette is hosting a giveaway to celebrate getting 100 followers! She's giving away a $30 Amazon voucher.
http://bookaholic-worm.blogspot.com/2...

And yes, by posting this link I get an extra entry. I am not ashamed.

1889 Labs will announce the rest of the winners later today, so others who entered may still win :)

Yay and Thank You.

For paranormal romance fans, Juniper Grove is giving away a copy of Hidden by Shalini Boland.

The author's description of the book, from Juniper Grove's interview;
Hidden (Marchwood Vampire Series) is a paranormal romance that spans the centuries from modern England to 19th century Paris and ancient Cappadocia. The novel begins in gritty urban reality, but soon descends into horror, romance and historical adventure.

Sixteen-year-old Madison Greene is in foster care until one day she inherits a fortune and a house with a cellar full of danger. Eighteen-year-old Alexandre Chevalier lives in 19th century Paris. On an archaeological expedition, he discovers a lost underground city where his life changes forever.

Their lives entwine, but someone is watching and waiting. The story ramps up to an explosive ending.

Penguin Books is giving away 10 hampers to celebrate the release of Nora Roberts's new book.
http://www.penguinbooks.co.za/blog/bo...

Here are the details, from their Facebook page:
Giveaway: "Name 2 literary prizes that Emma Donoghue's Room was shortlisted for?" ... Send your answer to kelly@panmacmillan.co.za

Want to win a copy of Deadlands by Lily Herne? Penguin is giving away 20 of them!

From their Fb status: Ten years after Cape Town was destroyed in the War with the living dead, zombies ramble free in Cape Town’s suburbs (known as the Deadlands).
Want to find out more? Simply email your details to readmore@za.penguingroup.com with the word DEADLANDS in the subject line.

Hey, I see a few of you won copies of Deadlands - congrats!

Mod
Woot! This is the first I hear of it and looks like I could be a winner. That's unless there's a doppelganger of me out there...

That would be way too much of a coincidence, lol.

Mod
Lauren wrote: "That would be way too much of a coincidence, lol."

But not impossible. I actually forgot I had entered this competition. Guess now that I'm not buying so many books, the Universe has found another way to feed my addiction. ;)

Hahaha, a truly bibliophilic way to look at it!

Hehe, i guess that means you win too :)

Lauren wrote: "Hey, I see a few of you won copies of Deadlands - congrats!"

Lauren, you a a super awesome good luck charm.
I've won 3 books in as many months all from competitions you've recommended.

Mod
I think most of the winners are members here. Guess the group at large is lucky.

Mohammed wrote: "Lauren wrote: "Hey, I see a few of you won copies of Deadlands - congrats!"

Lauren, you a a super awesome good luck charm.
I've won 3 books in as many months all fro..."

Cool! I know you won the Greg X. Graves book - what was the third one?

Mod
Ok where do I see this?

If you didn't win a copy of Deadlands in the Penguin giveaway, here's another chance: http://www.cathellisen.com/

The long awaited 'A Dance with Dragons' is out today! BD has a splendid competition to win a boxset of the series and a **signed copy** of the new book (enter at: http://www.bookdepository.co.u​k/blog...)

Naz wrote: "The long awaited 'A Dance with Dragons' is out today! BD has a splendid competition to win a boxset of the series and a **signed copy** of the new book (enter at: http://www.bookdepository.co.u​k/b..."

That link seems to send me nowhere. "Server error"...?

SIGNED BOOK-PLATED HARDCOVER WITH DUST- JACKET Two children growing up in 1940s South Africa are told to stay away from lonely places because there is a child abductor on the loose. What could possibly go wrong?

Young Maudie doesn’t realise she has a ‘gift’ that seems more like a curse to her brother Tadpole who is the only person aware of it.

If Roald Dahl, Gerald Durrell and Stephen King had teamed up to write a South African version of ‘To Kill a Mockingbird’ they might have produced something like this.

A moving, exciting, sometimes scary, sometimes laugh-out-loud funny adventure set against a South African backdrop so well described it is almost a character in its own right.

When you finish this book, the first thing you will want to do – is read it again.

Mod
Thanks for letting us know! :D

Dark Inside by Jeyn Roberts is a new YA dystopia coming out on September 2. Sometime during the month I'll be hosting a Q&A with the author, and I'll be giving away two copies of the book as well, so keep an eye out :)

Mod
Oh Lauren! I have the book! Lets read it :)

Lol, just asked if you wanted to on our August reading list :)

GIVEAWAYS GALORE!!!
You have to check out this awesome giveaway!!

There are SIX fantastic prizes up for grabs and this giveaway is international :)))

Here's a sneak peek at some of the prizes:

*A signed copy of The Betrayal of Natalie Hargrove by Lauren Kate
*A signed copy of Shiver by Maggie Stiefvater
*Beautiful bookmarks of your favourite characters:
Ren - Tiger's Curse
Jace & Clary / Isabelle Lightwood - The Mortal Instruments

You won't be disappointed!!

Hey all, I am running a giveaway on my blog at the moment! Ends 9th Sept. 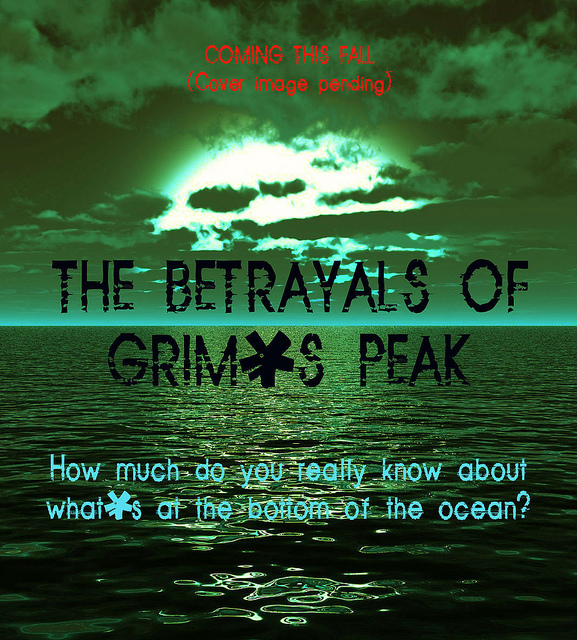 One hardcover edition of Embassytown by China Mieville is up for grabs on my blog. Follow and comment to enter:
http://violininavoid.wordpress.com/20...