Please, don't copy any characters from the series. use different people.Also, try to do 'bad guy' characters too, like Spike, Dru, etc.

Name: Alasia "Lacey" Teal
Age: 22
Personality: Highly curious and eager to learn everything. Very secretive and a jokester. Protective of her family which includes her adoptive sister Maia. Likes people but is a loner as well.
Appearance: Sandy blond hair with highlights that's about mid-back in length. Brilliant green eyes and tanned skin, about 5'7". Human.
Specie:Felian
Hobbies: Playing the violin, helping others, learning about all sorts of demons etc, practicing martial arts.
Other: Can speak mind to mind with people, can read thoughts through touch. Loves cats.

Name: Ellie
Age: 15
Gender: Female
Personality: Happy, but much more calm than Zoe. She acts as a balance for her.
Appearance: http://www.22dakika.org/imaj/yok/zooe...
Species: Witch (Level ten)
Hobbies: Drawing, reading, watching TV/Movies
Other: Has known Zoe since preschool, when the girl smacked into her, knocked her over, jumped back up, pulled Ellie to a standing position, and dragged her over to the swing set. Also knows German and Greek, as well as a little hebrew.

reply | flag *
message 8: by [deleted user] (last edited Jan 12, 2012 06:24PM) (new)
Jan 12, 2012 06:24PM
Name: Crystel
Age: 15
Gender: Female
Personality: Dark and evil. Uses dark magic. An enemy that plots against everyone else. Stubborn, like Hestya.
Appearance: curly balck hair, blue eyes
Species: Vampire and witch (was a witch first and then was turned)
Hobbies: the dark arts, mass murder, knitting
Others: Twin sister of Hestya. Was a witch who worked with Hestya fighting evil until she was turned into a vampire six months ago. Family history the same as Hestya's (see above).

Age• Let's just say she looks good for her age

Personality• Ah yes, the quintessential revenge demon. A troubled past and a conflicted personality. To be quite frank, Lilith is slightly naive. That's not to say she isn't cunning and malevolent in her demon days, but she is in no way wise. Ever eager to prove demons superior to mortals, lilith can be slightly haughty, and an incredibly sore loser. 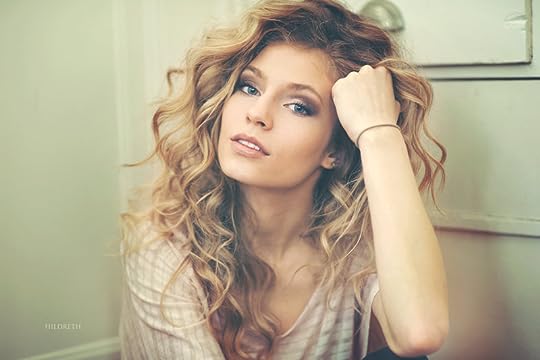 History• Needless to say, Lilith's days go way back. Like, celtic way back. Her's is the same old story. She was wronged, and sought to take revenge on her wrong doer. In this case, said miscreant just happened to be a knight, and the murderer of her brother. She worked Gaelic magic and Sir Brendan knifed his own family and watched as they fell. As is ritual, D'Hofren granted her the chance to become a revenge demon, and she jumped at the chance. From that day forward, Lilith became the feared demon of victim's revenge.

Hobbies• Demon's hobbies are generally in the fairly narrow category of "kill hard with pointy stick", though post-villan (I figure she'll be a good one eventually) she can be found doing anything but what a human would...

Other• Absolutely fascinated by strawberries and rubber ducks.

Personality• I'll say this now. Clarissa shouldn't be on your top ten most trusted allies list. As far as Clarissa's concerned, everyone's screwed up, at least a bit. There are, of course, relative degrees of this, depending on the factors in a person's life. On your average bell curve, -5 would be your unfathomably un-screwed up person, 0 would be an average joe, with the general amount of the screwed up factor, and 5, of course would be Clarissa. In the average person's life, there are multiple instances where a person could be in a position to mess their lives up in a human existence. In Sunnydale of course, existences aren't entirely human, their for, there are quite a few more times to spoil. As it where, Clarissa was hand fed a steady stream of them. She has ulterior motives, that much is for sure, she can put up a false facade of a helpful or defenseless civilian, but there's no telling what lies under her skin.

History• She's had it tough. Dead mom: Drug Over dose. Drunk dad: bad news. And then she turned 7, and her dad turned 32 and her dad's lover turned 20. And the world did a summersault and Clarissa's life turned upside down. Mr. Toby Miller left with Mis. Natalie Cox and Clarissa was turned over to child services. Frankly the best three years of her life before Toby came back, and stole her away again. Natalie was gone and Clarissa's dad was more drunk then ever. That lasted a while, too long, before he was taken away to the federal jail and Clarissa was alone again. Well, not alone, per say. Alone would have been better then the constant scrutiny of her legal guardian, Aunt Pamela, who's house smelled like prunes, and who's white lace doilies drove Clarissa up the wall.

Name: Maia Cillegna
Age: 648
Gender: Female
Personality: Very confident in herself and her sexuality almost to the point of arrogance.
Appearance: 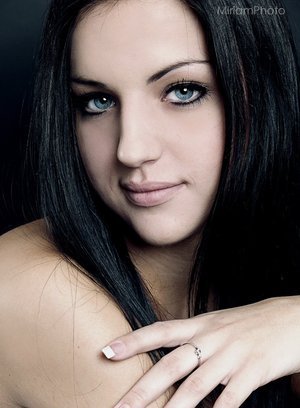 Name: Alannah Hansen
Age: 16
Gender: Female
Personality: She is very aggressive at some times, only when she is fighting someone. She is very nice at the rest of the times, and she looks very harmless, until you get on her bad side. She will stick up for everyone, including the people she doesn't know anything about.
Appearance: http://www.gq.com/blogs/the-q/2010/03...
Speices: Vampire
Hobbies: Alot of things.
Other: Her biggest weakness is metal. She can't touch it, or her whole body will be hurting badly. She could touch something in her arm with metal, and she can't move her leg on that side or arm.