Age: 16
Personality:
-very stubborn, very bright and does well in school, she's more interested in physical appearances than anything else, sort of shallow, materialistic, considered to be a poser-treating people differently if she thinks that they're popular or have lots of money. She's very untrusting and has abandonment issues that were a cause of her parents having given up on their marriage and each had affairs. So she feels like having anything more than a casual relationship is hopeless.
History:
-her family is very wealthy so she gets everything she wants (which is why she's very materialistic and shallow). Her parents are married but each having their own affairs (she feels abandoned and forgotten by them). Cordelia asked to be sent to a boarding school because she didn't want to be around her parents and their drama anymore.
Appearance:
-She has long, wavy red hair, green eyes, and is 5'7. She has porcelain color skin and appears very fragile and dainty even though she's quite tall.

Does this mean we're starting another new rp? Haha.

Mod
Haha yesss! I haven't rp'd in so long! I've literally been deleting old rp's for like an HOUR! We had so many and we hadn't role played in them since last year or longer!!

Yeah, but that first one I miss. Wonder where everyone went off to? And I'll make a charrie when I return home! [remind me?:]

Age: 17 (6th year student in Slytherin)
Personality: He's very talkative and outgoing, but mostly when it comes to other Slytherins. Students from other houses will mostly be picked on if he ever talks to them. He's not much in to dating, but has had some relationships with girls during the past two years. He likes playing quidditch (he plays keeper in the Slytherin quidditch team) and hanging out with his friends. He's a nice person if you get to know him, but he won't let you if you're not "good" enough (aka pureblood, very influential or slytherin kids)
Anthony's Childhood: Anthony grew up on the countryside with his parents and two younger sisters, Beatrice (year 4) and Cornelia (year 3). As young he learned quickly that muggles were scum and purebloods were the only good thing, something he still believes in. He's very found of his sisters even though they fight a lot and he would protect them from everything (something that Beatrice doesn't appreciate when she's trying to date). The house they live in is a pretty smal cottage and they have hen and chickens in the frontyard as well as some cats. Anthony likes his childhood life, but really wants to become "important" when he finnish Hogwarts, a very lose goal, but he's still doing his best to get there.
Family History: The Pimley family is an old wizarding family. As you can hear on the name it's because they used to be fishermans specialiced on fishing pimleys. The family was big during 16-17th century, but today their pureblood mania has made them less powerfull and today most of the Pimley family is living in the countryside and would count as lower middleclass.
Appearance: Anthony is thin and pretty tall, about 185 cm (sorry I'm not familiar with feet and inches, we don't have that in Sweden). His pretty much done with growing, but still hasn't got to shave for the first time. He has light brown hair that curls down to his ears. He has a very nicely carved face with rather big brown-green eyes, small but pointy nose and a sharp chin. People thinks he's rather goodlooking, but not really something special.

Personality: She is usually nice, funny, and very easily loved. But she can get pissed, and when she is, keep clear of her fists and wand. She loves music.

Appearance: Blonde punk with black tips to her hair. She has yellow eyes and she is partially blind. She loves her short skirts, fishnet stockings, black combat boots, and tight shirts, but she has to wear her uniform, so she tries to get away with her other clothing as much as possible. 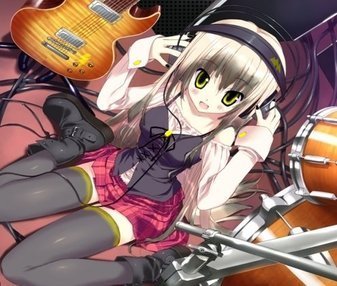 Background: She is a mud-blood and her parents where more than surprised when she went to do the dishes and the sink burst into flames.

Pet: Brown owl with white around beak, legs, and wings.

Other: Her name was Lucy Emily Pharis, but she changed it

personality: She's quiet, kind and easy to love. but she can stick up for her friends when she needs to.

Background: a halfblood. talented in quidditch-one of Gryffindor's beater's. also talented in potions.

other: fancies Anthony pimley because once she saw him with his friends, and saw something in him. although he's in Slytherin, she thinks he can be better than what he is.