The Anonymous Child [A Roleplay] discussion

Number of Years trapped in Library: Nobody knows if she came before or after the Anonymous Child.
Personality: Nice, kind, compassionate, friendly, and sensitive.

Other?: Autumn was killed in the library, not by the Anonymous Child, but something else. She's a ghost now, and she'll try to help the captives any way she can.

Number of Years trapped in Library: Not even a month. She is a new arrival and doesn't quite understand the rules here...

Personality:She is a hot head. She isn't known for her smarts, but when it comes to brute force and a fierce attitude, she's your girl. She hates liars, and will punish them with full jurisdiction. Loves little kids, though, and really doesn't like men. In fact, she hates men. All of them.

Other?:She is skilled in combat, but other than this, she is useless in any other fields. Sucks at protecting people. Prefers to be called Terr or Terry.

Number of Years trapped in Library:10

Other?:Can cast small spells, was trapped the night before her wedding.Escaped asylum.

Number of Years trapped in Library: 7

Personality: , he is an ace student, having managed to avoid problems with his wit. He is skilled at information technology, although after years in the library he has began to go insane.

Personality: Focused, but a hot head. Has a temper but he can be really sweet. A big flirt but it often means nothing.

Description: I'll find a picture later. BUT he looks really young for his age.

Other?: Erm... He was a ghost hunter and now he's just trapped in here without most of his gear.

Number of Years trapped in Library: A while.

Personality: Quiet, hardly ever speaks, but when she does it's not nice things. Spends all of her free time reading and knows a lot of the books in the library by heart.

Description: She has white hair, wavy and almost to her waist. She's pretty darn pale but tall and skinny. Like all her ribs showing skinny. Her eyes are a pretty silver but they're really blank and lifeless. She always wears grey. Maybe I'll find a picture later. 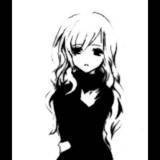 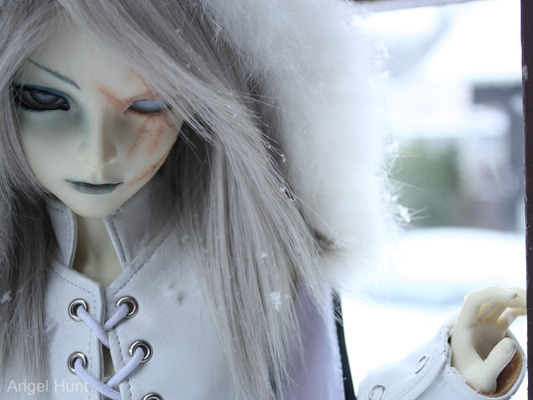 Other?: An ally to the AC? Spreads terror to the people of the library when the AC isn't.(If that's alright) HATES Autumn because she helps everyone. The AC gave her a couple of special powers, like she never ages but isn't a ghost.

Number of Years trapped in Library: 3

Personality: Very strange...she acts way too bubbly, but when angry she turns into this sort of evil demon. 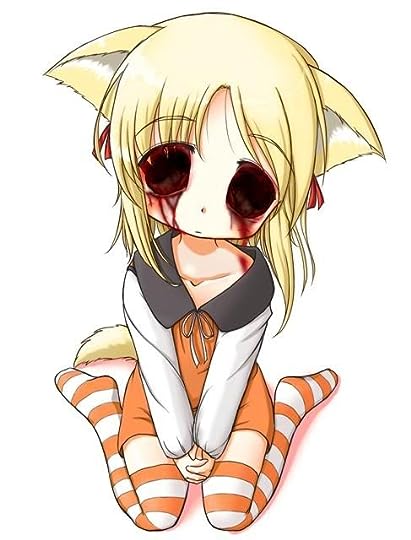 Other?: She tortures those how are helpful.

((Angni Kai, may I ask who you have chosen to be the Torture girl?))

It's okay that my character is kinda like the second in command, right?

Ooh good. Because that's what I've been doing.

WELL, I think, to shake it up a bit, we need one of the prisoners to fall in love with one of the evil people. (: I regretfully nominate Marionette. :D

I sadly have to leave now. I will be back later.

Number of Years trapped in Library: None, hasn't arrived yet...

Personality: ((Um...I'm having forgetfulness strike me right now...Uh....I'll put this here when I remember how to describe him...))

Other?: Deans younger brother and exorcist. Drinks Demon blood and has telekinises and precognation.

Number of Years trapped in Library: 4

Why do ya wanna tear her hair out? ^^

*looks over at him*

"YES YOU ARE YOU SLEEZE BAG!"

Oh, I don't care, haha its funny cause Willow just bumped into Sam, and then I read this so...I think it might work ;)

I thought Echa was gonna get Sam...

*Ahem* I think Eduard should get Sam XD

Lol I was joking XD

I know, I was just really confused at first. That's hilarious Quacky!

I dunno, Sam's gone out with a demon before...

He's done more then 'gone out with one' XD

Oh God, the Canadian jokes. XD I live in Canada, and I still find taht hilarious

Lol they are great :D

Lol and that takes alot XD

"YES YOU ARE YOU SLEEZE BAG!""

Dean from background: "DON'T MAKE ME COME OVER THERE AND PANTS YOU. BECAUSE I'VE DONE THAT."

The Anonymous Child [A Roleplay]