Mod
Here's a poem I composed:

Roses are red.
Voilets are blue.
I am a girl.

This is a spin off of Daydreamer: http://www.goodreads.com/story/show/2....

And finallly this is my fanfic of The Hunger Games: http://www.goodreads.com/story/show/2....

Okay I lied. This is the last of it. This could possibly be the Preface to Daydreamer:

Most people want something special to happen to them. They think that their lives would be so much better with a little excitement in them. You might even be one of them. I'm telling you right now that you are dead wrong adnd I would know. I always wished for the same thing. Excitement, and an intersting life, I would of given anything for it. Now I'd give anything to have a normal life. I just want things to go back to normal. But more than anything I wish that it never happened in the first place. I wish that I was just a normal girl. That I was ignorant enough to believe that this only happened in book. But that is impossible. No matter how much I wish, beg and plead, I can't change anything. You probably don't know what I'm talking about so maybe I should go back a bit...

yay :) i write poetry if anybody would like to take a look http://allpoetry.com/Ash666love be warned its dark poetry not sure how many of you would like it but o well :P

Mod
Wow, when we first started this topic I did not have a lot of writing. Well, that's changed, so I'm going to redo my original "What I've Written" but because I want to show how far I've come, I'll just make a new one here.

This is The Secret Diary Of Emily Carlton, my other main-ish project. I'm co-writing it with Kelsie. http://www.goodreads.com/story/show/2...

This is my NaNo(which was an epic failure), Exchange. http://www.goodreads.com/story/show/2...

This is a fan-fic I'm writing of The Hunger Games by Suzanne Collins. http://www.goodreads.com/story/show/2...

This is a spin off of Daydreamer, which I'm calling, Ailina, and is in her POV. Also, I don't recomend reading it if you haven't read at least up to chapter three of Daydreamer. http://www.goodreads.com/story/show/2...

These are some random poems I've written. They are a little depressing, but that's just because I write them when I'm sad. http://www.goodreads.com/story/show/2...

And last but not least, these are entries and such for writing prompts and contests I'm doing. The first one is part of Exchange that I haven't offically written yet, so I understand if you don't want to read it. The second is just chapter 2 in my Hunger Games fan-fic. http://www.goodreads.com/story/show/2...

Mod
I started a new story last night. Hope you like it. 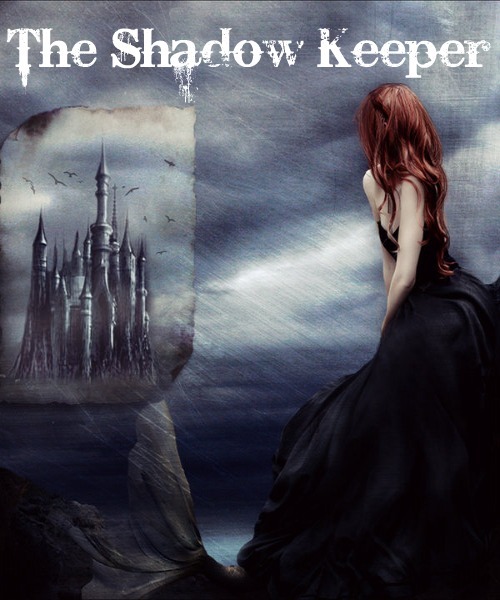 Lilth isn't like everyone else around her. She can control shadows. She has always has this ability and has no idea why she got it. No one besides her family knows about her strange gift...

That is, until He shows up.

And yes, I'm aware the description is really bad, but it's all I could think of at the moment. I promise that the story is better than the description.

Mod
I stared down at my pancakes and sausage, which had gone stone cold by this point, and breathed deep ragged breaths in and out.
“Um, excuse me?” said a high pitched voice next to my table. I turned my head and saw a little girl, no older than six, in a frilly pink dress looking at me with big blue eyes.
“What?” my voice was no better than my breathing. The night had an effect on it as well, apparently. The little girl tightened her arms around the bundle close to her chest, a tiny teddy bear with a sewed on smile. Oh, how easy it was to sew on a smile like that. The hard part was keeping the stitches from ripping away, or else it would reveal the void of empathy and feeling that was truly lurking beneath.
“You seem sad,” she squeaked. Time to sew on one of those smiles.
“No, no, I’m fine. I’m alive and breathing.”
The little girl’s response surprised me.
“Sure, on the outside. I meant on the inside. You seem sad.”
How could such a little thing see through what thousands of people couldn’t make out even with a microscope? Tears welled up in my eyes and she slid in the seat next to me and patted my shoulder. “It’s okay. Do you want to talk about it? Whenever I’m sad my daddy tells me to talk to him about it. It makes me feel all better later,” she pointed to a man who was sitting on the other side of the quiet diner, watching us. Presumably to make sure I didn’t attack his daughter. He looked so wiry and tired though, dark bags under his eyes; I felt a little bad for him. His life couldn’t have been much easier than mine. To top it off, he had to take care of a child.


Ok, that's what I wrote so far for my personal project (ugh school) I just want to know if you guys think it has potential? Yes, no?