Mod
Name: Ashley
Gender: F
Age: 18
Appearance: [image error]
Personality: Fiesty, outgoing, protective of friends, mixed
Crush: Open
Other: Ashley can be a little mean to other vampires she dislikes. She had a bad past and is usually very closed at times. She only opens up to her friends. If you messed with this fiesty vampire, you'd be laying on the floor in a puddle of your own blood. Sure, she may look sweet and innocent, just wait until you get on her bad side...

Name: Damen
Gender: M
Age: 18
Appearance: dark brown hair down to his chin brown eyes
Personality: like adrians but is not adrian
Crush: looking
Other: is frinds with Heaven and Lissa

Name:Victoria
Age:18(older then that)
Gender:Female
Personality:Very Dark, but can be fun to be around some times. she's not interested in a relationship.
Crush:not really interested right now
Other:The one guy she ever loved, killed her mom, dad, and baby sister, then bit her and left her to die. But another vampire saved her and she lives with him. he's like a father to her, but he calls him by his first name. However, she's still looking for the right guy for her. someone to help her. She's also very siritual, and can do a bunch of stuff.
Looks: [image error]

Name:Valentine
Age:48(a lot older then that)
Gender:M
Personality:he's kind. supportive. follows his instincts. Loyal. however he's kind of...broken...and can be really scary
crush:none(doesn't need one)
Other:His human wife and daughter were slaughtered by vampires, because the vamps thought his family was making him soft. When he found Victoria, he took her in because he looked like his daughter and knew he needed to protect her.
Looks: 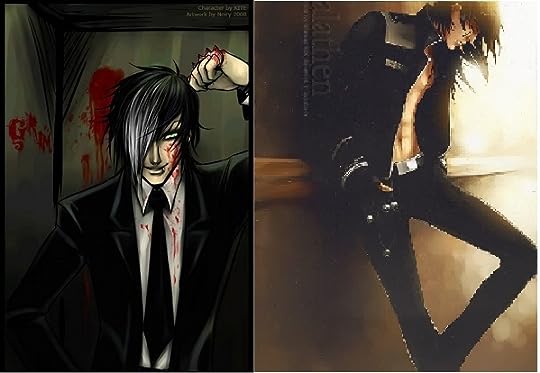 wanna rp? or do you only ave the one charrie?

Mod
I have one charrie but I'll make another. Boy or girl or both?

Mod
I don't mind. I just wanna make sure with you.

it doesnt really matter to me. :P

Mod
xD Are we just gonna keep arguing?? I am the head mod and I ORDER you to choose! XD

Personality- Vulnerable, sweet, hot-headed, stubborn and reckless. She's shy at first but when she opens up to people, she tends to speak her thoughts even if they're mean and knows she shouldn't. Reliable and independent. Ambitious and optimistic. Usually keeps the conversation alive.

Crush- Riley, her love who she killed. (she was uncontrollable when she was turned into a vampire)

Other- Looking for a place to stay (right now)

Name: Terra Raina
Age: looks 16, actually 205 this friday
Gender: female
Appearance: Has a long scar running down her back and also has a scar running through one eye 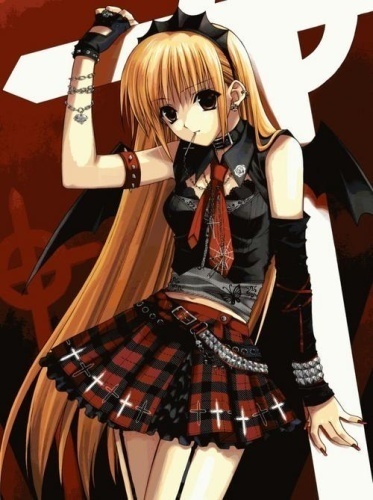 Name:vincent
Gender: Male
Age: 17
Appearance:got wounded because of a vampire slayer and he left a scar running down on his chest has a purple left eye and a red right eye
Personality: caring,kind hearted,never mad,
Crush: none
Other:was born a dark vampire but his parents got killed by hunters and is a talented cook 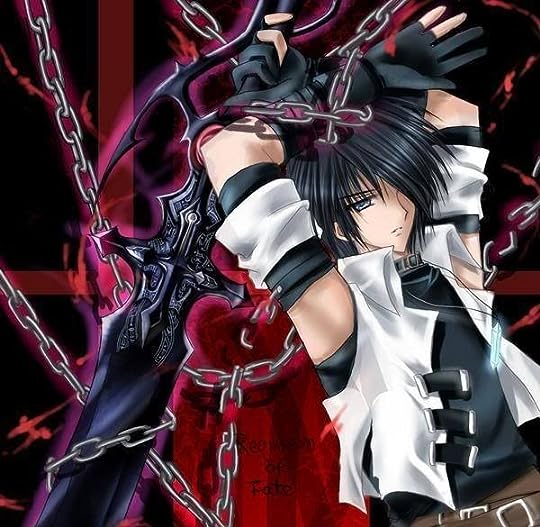