RolePlay to the Players discussion

Name: Elektra
Gender: F
AGe: 17
Looks: http://models.com/feed/i/2009/02/3.jpg
Personality: the shyer twin, sorta quiet
Special Abilities: Shapeshifter, it doesn't have to be something that even exists, she can just make up something in her mind and turn into it
Weapons: she ususally just turns her hands into knives
Family: dead twin sister Ebony
Crush: er...
Friends: Idk yet
Other: parents died in fire

Name: Ebony
Gender: F
AGe: 14 (Actually 17)
Looks: Same as Elektra only translucent-ish
Special Abilities: Things ghosts can do (invisible, fly etc) controls fire
Weapons: Doesn't need any
Family: Elektra
Crush: er...
Friends: Idk yet
Other: Died in the same fire as her parents, somehow that makes her control fire, she died when she was 14 three years ago so she still looks the same age

You just HAD to use him for the pic.. didn't you? lol
----------------------------
Name: Nate
Gender: male
Age: 18
Looks:
[image error]
Personality: very shy but defensive
Special Abilities: talk to animals telepathically, eyes of the dragon
Weapons: n/a
Family: unknown, orphaned
Crush: open
Friends: only friend is his pet dragon who he saved when it was young
Other: 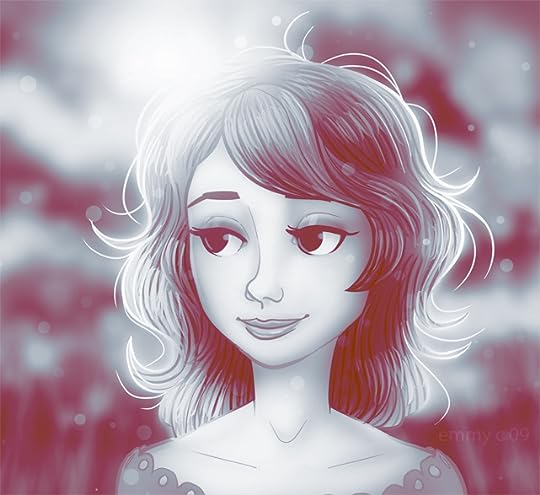 Personality: Quiet, mysterious, sweet, curious.
Special Abilities (If any up to three): Has a stone (called a blinker stone), which if she can sort of use to see things, like spying. She also has a very soothing manner, which often makes people blurt out secrets.
Weapons (If any up to three): None
Family: A mother who died in hospital
Crush: Open
Friends:
Other:

ya cant see the pic

Antimony (Sky) wrote: "Name: Sky
Gender: F
Age: 16
Looks:
Personality: Quiet, mysterious, sweet, curious.
Special Abilities (If any up to three): Has a stone (called a blinker stone), which if she can sort of use to se..."

Name: Liana Jordain
Gender: f
Age: 18
Looks: http://static-p4.fotolia.com/jpg/00/0... except her eyes are a gold color, sort of hazel, but not.
Personality: she is INSANELY smart,and has eidetic memory (not a power, robert langdon has it and so does spencer reid. also known as photographic memory.) she is kind and generous, but she rarely talks to anyone she doesn't know, so she has few friends, but if she knows you, she will be open. She rarely smiles and guys regard her as mysterious, which only makes her more of the center of attention, which she hates. she prefers to mediate, but knows Karate, does fencing, and has a mean right hook if the situation is deemed "un-mediateable"
Special Abilities: she has telekinesis, along with being able to see dead people and communicate with them. She can also read minds.
Weapons (If any up to three): she always has her pocket knife in her jeans, but she also has a bow and arrows and a sword.
Family: her family was killed in a car crash and she lives with her aunt, who is single.
Crush: open
Friends: to be determined

haha, 'I see dead people!' i just though of the movie and stuff cuz of her powers...

.. can ebony and elektra be friends with her?

sure! and i think that seeing dead people would be cool...

ya i know rite? but Ebonys like a ghost that everyone can see... im sorta using a made up thing for ebony... its sorta like the 'Ghost Whisperer' and she can go to heaven whenever she wants but other people can see her, not just certain people... and then she can see other ghosts but some ghosts don't want to be seen by everyone and blah blah blah

i would love to be able to see dead people...


You don't think that's weird, do you?

Laura wrote: "i would love to be able to see dead people...

naw... not to much... it think it would be really creapy at first if u just started randomly seeing them ya know?? but if you probably get used to it... but i would wonder what kind of dreams u would get... i would hate to see dead people cuz it seems kind of (i know this is pretty cheesy) 'haunting'

Name: Christi Kayn
Gender: Female
Age: 18
Looks: Straight gold-blond hair in a pixie cut. Tall, and thin, she is very toned. Dark green eyes.
Personality: Quiet most of the time, unitll she has observed you. Very smart, VERY observant, can tell a LOT about you by watching you.
Special Abilities (If any up to three): Has a gift for fighting. She can also tell what gift someone has.
Weapons (If any up to three): Broadsword (A very long two handed sword with two cutting edges.) Throwing knives, and bow and arrow. She can also do hand-to-hand.
Crush: Possibly Ryland.
Family: not quite sure. She has a distant grandmother.
Friends: Well, I'll have to meet you won't I?
Other: What century/era are we in? She quite literally lives in jeans.

RolePlay to the Players