What cool summer festivals are in your area?

This weekend is Piratefest. Now, this isn't a celebration of Somali raiders or anything, but a celebration of cartoon/Pirates of the Caribbean pirates. Yes, we are a small town on Lake Michigan. I know. We're actually more known for shipwrecks than pirates, historically, but pirate re-enactors are much more fun than, um, what I imagine shipwreck re-enactors would be. Also there are fireworks, and food, and general festival-ness near the water. The local kids have fun.

This pretty much kicks of festival season for us...there's something or the other happening locally just about every weekend trying to draw tourists. The worst is Fish Day, which, in my eyes, should be called "40,000 drunken white trash listen to 70s rock in the harbor parking lot" Day.

What about you? Cool festivals in your area?

Outside of Todd Rundgren, this year's lineup is pretty weak, but I saw Cheap Trick here a few years back and they knocked the competition into a cocked hat:

We always went to Bumbershoot in Seattle. Not much going on where we live now, except Pioneer Day in July which, for locals, is bigger than the 4th of July.

Every celebration here is the same. A couple of food vendors, an inflatable bounce house for the kids, and the mayor serving root beer floats. Yawn. Even on New Year's Eve there's nothing for adults. Probably because in Utah you're not allowed to be an adult.

Only to those who enjoy painfully-strummed acoustic guitars, tonsil-flexing exercises in multi-layered operatic indulgence (like listening to hours on end of angst-ridden Enyas), wearing flowers in their hair and foregoing bathing and tending to their armpits more frequently than once every time Comet Kohoutek is in the solar system.

Only to those who enjoy painfully-strummed acoustic guitars, tonsil-flexing exercises in multi-layered operatic indulgence (like listening to hours on end o..."
Ouch. So does that apply to Emmylou? Cat Power? Brandi Carlisle? Erykah Badu? Heart? The Gossip? Tegan & Sara?

I have to admit that, even after reading Gus's gushing status update on FB, that I don't get the Erykah Badu thing. She's boring.

Only to those who enjoy painfully-strummed acoustic guitars, tonsil-flexing exercises in multi-layered operatic indulgence (like listening to ho..."

Cat Power - Haven't a clue as I've never heard note one from her, but her biz name is tragic. Couldn't she come up with something better?

Brandi Carlisle - Too concerned with the big coin to expose her grey matter going up in flames.

Erykah Badu - What little I've heard and seen from her leads me to place her somewhere between roach and dung beetle on the roster of animated existence.

Heart - Still trying to channel the Zep mojo, so I guess not.

Tegan & Sara - With that name, probably.

I happen to be going this year. And, no, it's not all what you defined, but since your preferences tend to be pretty shallow, I guess none of the acts in the lineup would appeal to your three-chords-and-a-beat sensibilities.

Gus is just going for the chicks. He's hoping a couple make out in front of him on the lawn.

Yeah, and my wife will be watching and cheering me on...not.

Gus wrote:"I happen to be going this year."

You have my sympathy.

And you're right; any act that requires an owner's manual is definitely beyond my lunchpail-shot-and-a-beer vantage point. I'll live with it.

Hey RA: Does this qualify as that internet dust-up you were calling for a while back?

I sense a poll a'comin....we'll deal with it there!

This isn't a dust-up. This is just Clark being Clark.

So who was insulted by what? I don't recall getting personal with any of this, merely stating my opinion. Why should anyone care what I like or don't like?

I don't get it... I seem to remember someone (Gretchen...? OK, maybe not the best example) once telling me - and I'm paraphrasing here - that outside of insulting someone's wife, mother or daughter, not to mince words.

Has that now changed? I guess I didn't get the memo.

Clark, you got pretty personal, in an offensive way, about the grooming habits of the performers.

OK... Let me see if I have this straight. It's not considered offensive to enthusiastically discuss various and sundry slang for female genitalia or for Gus to wax nostalgic about his 'nads sticking to his leg but sarcasm based on admittedly-ridiculous stereotypes and directed toward Lilith Fair and the hopeless no-lifers who attend it (Oops...there I go again) is strictly off limits?

Misha wrote: "It was flat out sexist. I feel sorry for Clark that he's so afraid of girl cooties."

It's not the cooties that bother me. It's the stench.

Oh I would love to go to Lilith! And I see Sarah McLachlan will be there - her new CD is out any day now, hoping she gets back to the magic.

And feh, I don't care what Clark thinks of her, I love her. And some of the others playing as well. Just some, because I don't know the others, I am so very ungroovy lately.

BunWat wrote: "But that means I get to express myself on the subject of what you said however I want. "


I don't recall trying to stop you.

we had a strawberry festival yesterday. rather uneventful and without much controversy ;)

Who knew that a seemingly innocuous comment about attending Lilith Fair would degenerate into a debate over sexism and questionable music tastes?

BunWat wrote: "Clark is getting defensive now. Maybe we should back off and give him some room before he starts flailing about."

Barb wrote: "Back up ladies, he's got looooong caveman arms."

Well, I am the first generation of my family to walk upright.

Clark, are you just trying to trash talk, and we're all taking you way too seriously?

Jackie "the Librarian" wrote: "Clark, are you just trying to trash talk, and we're all taking you way too seriously?"

Cat Power is awesome, by the way. At least, "Love and Communication" is, I forget who put that on a shebang a while back.

Clark, I think Bun said it really well when she said that you "conflate your personal tastes and opinions with universal standards of quality or competence."

You do have a way with words, and I enjoy reading your screeds about music, even when I don't agree, but you don't leave a lot of room in your personal old punk philosophy for other points of view.

I just get a little irritated when I see every Lilith Fair performer lumped into some made-up category that doesn't apply to most of them. The second I started naming names you started acknowledging exceptions, but the stereotype stands anyway.

I know I took it a little personally. I hate it when people say girls can't play. I hate it when we're all lumped into some category of delicate hippy waif. I hate that they can have punk and rock and indie and soul and hip hop on the lineup and still be dismissed as a festival for smelly hippy chicks. I hate that some people dismiss the idea of going to a show like Lilith Fair simply because of the idea of it, even if there are a thousand festivals going on this summer with far shittier lineups. God forbid that a man be seen at a show with female performers.

It may have just been sarcasm, but it got my dander up because I've seen the same attitude elsewhere, and I don't like it. As with invoking political correctness, sometimes it feels like "it was just a joke" or "it was just sarcasm" are just more excuses for saying something without accountability.

For the record, I carry my own amps, I set my own tones, I broke my hand doing a windmill in a low-ceilinged club and still finished the set. I would jump at the chance to play Lilith Fair if I hadn't been too lazy to get my name in before the deadline. I hate patchouli, refuse to comment on my armpit hygeine, and even when I'm just strumming an acoustic guitar I haven't been told that it's painful for anyone involved. I think even a few of the best three chord songs began with someone strumming an acoustic guitar.

BunWat wrote: "Bring me a spoon! I'm going to poke Jim with a spoon!*

And then Bun realized she was punching a gorilla.*

You must choose.
[image error]

Barb wrote: "I think of the Crocodile Hunter ... lol"

Maybe Steve Irwin is out there somewhere hunting the elusive badgerilla named Jim.

That was an honest mistake right? 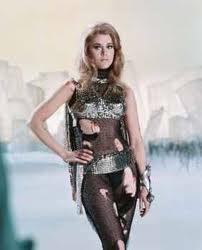 Sarah Pi wrote: "Clark, I think Bun said it really well when she said that you "conflate your personal tastes and opinions with universal standards of quality or competence."

Points taken, Sarah Pi. What you're saying then is that real women play on "10"?

So if my next shebang was comprised entirely of women and entitled "No Y Chromosome," that might be pushing it, eh?

Clark wrote: "Sarah Pi wrote: "Points taken, Sarah Pi. What you're saying then is that real women play on "10"? "

Real women play on eleven or on a Gibson Hummingbird or on a ukulele saying "I am the hottest motherfucker in this room." Whichever it is, they've taken the time to learn their instrument and play it well and to write songs and to storm the stage in whatever manner they choose.

I'm happy to be dismissive of unmusical twelve octave warbling and listless strumming just as I'm dismissive of frat boys strumming lousy surf music, since they don't hold up their end of the bargain.

I think Gus owes us for starting this conversation because he came out looking all sensitive.

I don't owe you shit, Mr. Shafer. In fact, you should be thanking me for taking what seemed initially to be a rather mundane thread and turning it into Grudge Match of the Week.

I am eagerly anticipating your acknowledgment, good sir.

Gus wrote: "I don't owe you shit, Mr. Shafer. In fact, you should be thanking me for taking what seemed initially to be a rather mundane thread and turning it into Grudge Match of the Week.

Does that mean RA was right?

Yikes..can't we all just hold hands and sing Kumbaya :)

wow! you guys are way too serious! opinions are like assholes, everyone has one. Who cares! Some of the Lilith artists rock and some suck.. get over yourselves!