76 views
Random Queries > Has your town got any colorful history? CHIGGERS

I'm judging the songwriting contest at a festival in Havre de Grace, MD.

The wikipedia page about the town says
"On May 3, 1813, during the War of 1812, Havre de Grace was under siege by British Admiral George Cockburn. Lieutenant John O'Neill single-handedly defended the city of Havre de Grace by firing a cannon at the British fleet as they approached on the Susquehanna River. He was wounded, captured by the British, and released eventually upon his daughter's petition to Admiral Cockburn. In gratitude Havre de Grace made John O'Neill and his descendants the hereditary keepers of the lighthouse marking the exit of the Susquehanna River into the Chesapeake Bay. The lighthouse keeper's house has been recently restored as a museum. The city of Havre de Grace was sacked and burned, with only two houses and a church spared destruction."

However, a local historian said that isn't exactly accurate. O'Neill did fire on the Brits with his cannon before being captured. What it fails to mention is that he had missed their entrance to the river, and at the time he fired on them they were actually on their return trip, and had been planning on just sailing by Havre de Grace. They were already past the town when he fired on them, at which point they turned around and sacked the town.

It's really funny you mention this, Sarah...our town is about to celebrate our 175th anniversary and apparently everyone forgot.

You guys out east have all the cool history.

We did have a blues label in the 20s (Really! In Wisconsin!) Paramount Records, here, and collectors are always putting ads in the papers looking for the old records. I guess the label was a subsidiary of the chair company that eventually burned down.

Oh, that's terrible and funny that they forgot to celebrate the anniversary. My college did something like that, except they were aware of it and then somehow just let it fizzle.

I have spent some time in Perryville/Havre de Grace. There is an historic marker in Perryville that tells of George Washington stopping there for the night on several of his trips to/from Philadelphia and NY.

reagan visited her in the 80's also. my wife's uncle pope had a restaurant here in town that was popular. after reagan did his deal they took him to eat at pope's place (not what it was called LOL). they took a pic of pope and ronnie shaking hands and smiling at the camera. pope eventually moved to FL to retire but when you first walked into his house in the foyer was a big photo with lights shining on it of pope and reagan. to everyone that came in pope pointed out "look at our hands, my diamond ring is wayyy bigger the the presidents". his lifelong claim to fame. he loved to tell that.

Was his name actually Pope?

yup. well actually Duan but no one ever knew him as that. even when he died it was in the paper as Pope Martin. he was flashy and looked like an east coast mobster. great guy. lots of jewelry, unbuttoned collars and expensive clothes

the village i grew up in had a famous wierde (elevation made of mud for people to live on before dykes were invented). part of it was excavated in the 20s and 30s. people have been living there since 600bc. they also found a sword button made of gold from the 7th century.

i just visited my grandparents because they had their 62nd anniversary today and they also had some interesting stories.

janine wrote: "the village i grew up in had a famous wierde (elevation made of mud for people to live on before dykes were invented). part of it was excavated in the 20s and 30s. people have been living there sin..."

Ooh! Janine doesn't have weird history, she has wierde history!

Bill Clinton served his terms as governor here. Ha! Does my town have a colorful history?

That's like asking RA if he likes to wear short sleeve shirts during the summertime.

YES!!! OMG, I love & prefer to be barefoot. My shoes sit under my desk at work most of the time, unless I absolutely HAVE to have them on my feet. The only thing I don't like about going barefoot - chiggers during the summertime. Those buggers are annoying. : /

Mod
ew! Chiggers sound horrific and I don't even know what they are. 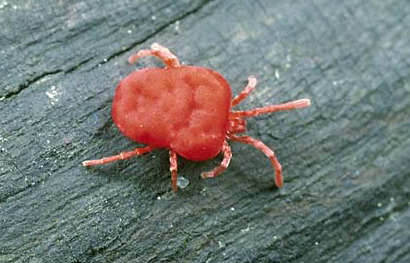 They burrow under your skin and you have to paint over the bumps with nailpolish to smother 'em.

every dad in the world when i was young would yell about us rolling around in the grass saying "GET UP, YOU'LL GET CHIGGERS!" of course no one ever saw a chigger or got chiggers and if we did we wouldn't know we did as we were covered in mosquito bites all summer anyway

A very detailed description of the misery that is chiggers:

Seriously - all the more reason to wear Off during the summer - I can deal with the other biting bugs, but NOT chiggers.

I once had the worst possible chigger infestation that one can experience - let's just say I was at camp and had just showered and was sitting near the grass, wearing short shorts, on a concrete stoop when I discovered my nether region was itching intensely. It lasted for several days after returning from camp, too. It made me cry.

I HATE me some chiggers. Spent two summers in Arkansas and got right familiar with 'em, thanks. HATE THEM.

I sure hope you were talking about the link and not the anecdote.

Mod
I'm about to move this to unbearable.

Mod
Havre de Grace makes me think of Cal Ripken Jr. Or did he live in Cockeysville?

Ticks are worse than chiggers!

Lobstergirl wrote: "Havre de Grace makes me think of Cal Ripken Jr. Or did he live in Cockeysville?
"

Aberdeen, which is near Havre de Grace.

Bernie Carbo of (http://sports.yahoo.com/mlb/blog/big_...) infamy grew up in my current place of residence.

Strawberries suck! No thanks.

The Virginia Tech shooter Seung-Hui Cho is from here. Oh and there's a boat load of Civil War history too. 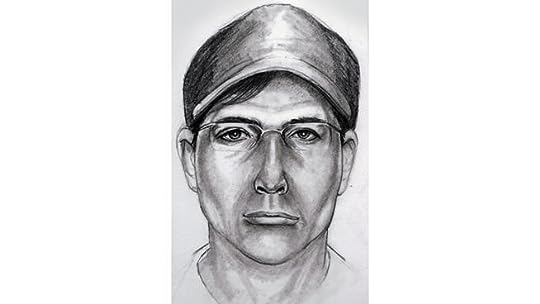 My home state abolished capital punishment because the last person executed was innocent.

We also are the home of Brown University. The Brown brothers were deeply involved in the Atlantic triangle slave trade, making their fortune via the slave trade and rum routes. We also had slave markets in one of our most expensive cities, Newport.

This is intresting to me, as while we would (students) learn ABOUT the history of the slave trade and much of what it entailed, it was rare to hear of our own state's role. Things may have changed in the last 20 years since I was in high school, but...

Mod
Have you read The Minister's Wooing? It's a good book, set in late 18th century Newport, and it touches on the tension between the Puritan religion and the New England slave trade.

No, thanks I'll check it out. I'm becoming rather fascinated by the history of the state.

Mod
Have you been to Block Island? I was invited to go vacation there several years ago and couldn't unfortunately. Would you recommend it as a vacation spot?

Ticks are worse than chiggers!"

I was just about to say that the chigger looks a lot like a tick. We don't have chiggers, we do have ticks. The ticks usually only bother pets.

Mod
Chiggers are super tiny, though. No bigger than the tip of a ballpoint pen. You can't always see them on you. You mostly just feel the itch. They go where you have an elastic band, like the waistband or leg holes of your underwear.

Rudolf Valentino crashed his car in our little town. He was ok for a little while longer.

And James Dean died in a car crash just a few miles away. He pulled out in front of a guy named 'Turnipseed.' The Japanese put up his memorial on the spot of his crash.

"Colonel John S. Mosby made raids in the town during the Civil War and later made his home and practiced law in Warrenton. The Warren Green Hotel building hosted many famous people including Marquis de Lafayette, James Monroe, Andrew Jackson, Henry Clay, President Theodore Roosevelt, and divorcée Wallis Simpson.[8] General McClellan bade farewell to his officers November 11, 1862 from the steps of the Hotel.[8] It now hosts some offices of the Fauquier County Government."

Also, we recently had a film crew from the latest Clint Eastwood movie filming at our courthouse.

The white man settled the city of St. George, Utah, about 150 years ago, when Brigham Young sent a group of slightly more than 300 families from the Salt Lake valley to the desert in the south. These settlers were told to grow cotton, grapes and a few other crops that couldn't thrive up north in the capital. Prior to the arrival of the mormons, the area had been occupied by the Anasazi (who left long before whitey showed up) and the Paiute.

Our claim to fame? Not much, though we do have the first mormon temple built in the west.

The Minister's Wooing (other topics)