The Next Best Book Club discussion

Hitler said on the eve of invasion to Poland: " I have placed my death-head formation in readiness -with orders to them to send to death mercilessly and without compassion, men, women, and children of Polish derivation and language. Who, after all, speaks to-day of the annihilation of the Armenians?"


This was the first Genocide of the 20th century, when more then 1.5 million Armenians were systematically killed in the Ottoman Empire. It was a state-sponsored ethnic cleansing, and the word Genocide was later coined taking into account exectly these events. The historical record on the Armenian Genocide is unambiguous and documented by overwhelming evidence. It is proven by foreign office records of the United States, France, Great Britain, Russia, and perhaps most importantly, of Turkey’s World War I allies, Germany and Austria-Hungary, as well as by the records of the Ottoman Courts-Martial of 1918-1920, and by decades of scholarship.
More then 25 countries all over the world recognized it, as well as 44 US States. President Barak Obama promised during his campaign to recognize this fact, but didn't pronaunce the word Genocide during the annual speech on April 24, 2009. Today,we hope he will keep his promise and will not be influanced by Turkey. On march 2010 the US House Committee passed the Armenian Genocide Resolution. We hope the justice will win at last.
As one of the leaders - Taliat - said, the objective was to "kill all Arminians and leave just one to exhibite in a museum", they were brutally killed, burned, raped and deported to the consentration camps, where they were thrown stones at, until they died. They were taken from their historical homeland, where they lived and and built churches and wrote poems for more then 5000 years, they had to walk through deserts without water and food for days, and were killed in the end. From the 3 million Armenians living in the Ottoman Empire, 2 million died in April of 1915. The vast majority – academics, authorities in international law, and others who have looked at this issue for years, agree that the tragic massacres of the Armenians constitute genocide. Turkey still denies the fact, telling that everything can happen during a war. Turkish government killed 2million of its citizens and claims that it was a result of World War 1 !!!
The Armenians were the artists, teachers, musicians and professional people of Turkey. On April 24, 1915, those intellectual elite were arrested, put into prison and later killed, that is why the memorial date is April 24.There are millions of Armenians worldwide who will spend April 24 remembering the loss of loved ones, and I pray you and the rest of the world would take a moment to remember along with us. 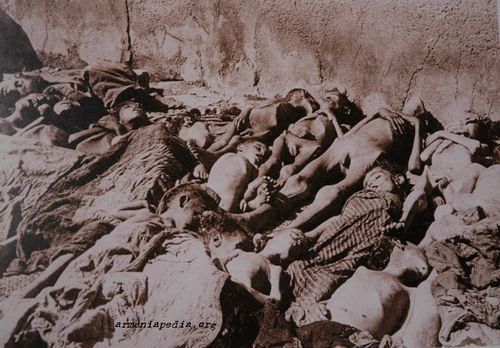 The Next Best Book Club