The design and construction of the Guggenheim Museum took place over a 16 years period, from 1943 to 1959. This time line documents that process and demonstrates Frank Lloyd Wright’s exceptional energy while navigating the complicated and ever-changing challenges that the museum posed.

NOW ACCEPTING submissions for
“Re: Contemplating the Void—Create Your Own Guggenheim Intervention.”

A bungee jumper diving off a platform into the void of the glass dome.
http://ow.ly/1ARJD

colorful skylight on glass darkens interior of the museum
http://ow.ly/1BjZs 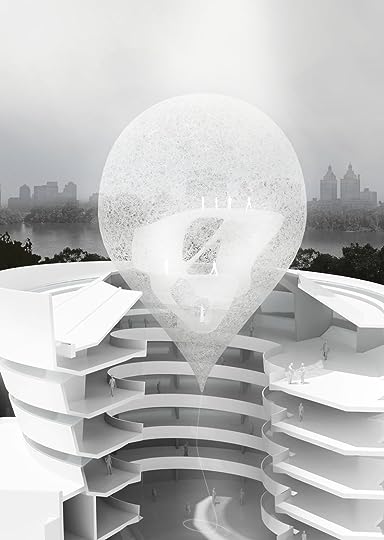 NEW YORK (Feb 16, 2010) -- With the available money for ambitious new buildings having shrunk to almost nothing in this country -- and with firms continuing to downsize in brutal fashion -- where will architectural ideas come from, and where will they wind up? What kind of impact will they have on the wider culture?

Those are among the tricky questions raised by "Contemplating the Void," an exhibition that opened last week at the Solomon R. Guggenheim Museum. As part of its ongoing 50th anniversary celebration, the museum invited nearly 200 architects, artists and designers to propose fanciful new uses for the 90-foot-high rotunda of its Frank Lloyd Wright-designed building. Curators Nancy Spector and David van der Leer asked the participants, whose biggest names include Anish Kapoor, Zaha Hadid, Richard Meier, Toyo Ito and Rachel Whiteread, to leave "practicality and even reality behind" as they produced ideas for filling the space inside Wright's famous spiraling ramp.

The uneven results suggest there is one skill that will be more important for architects than any other as credit remains tight and cranes idle. I am tempted to call this skill the ability to make something out of nothing. But it is actually a slight twist on that idea that will be most valuable -- knowing how to make nothing mean something.
http://latimesblogs.latimes.com/culturem... 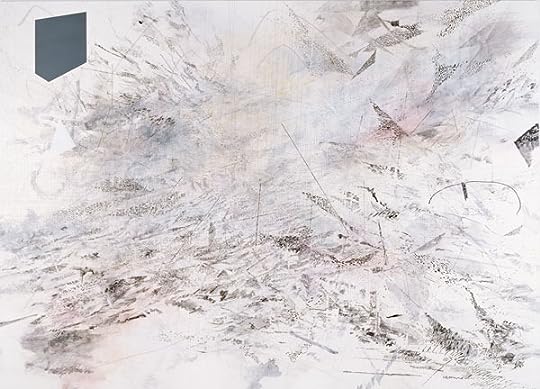 Julie Mehretu: Grey Area, an exhibition of six new large-scale paintings by American artist Julie Mehretu, is presented at the Solomon R. Guggenheim Museum as part of the Deutsche Bank Series at the Guggenheim, May 14 to October 6, 2010. Commissioned in 2007 by Deutsche Bank and the Solomon R. Guggenheim Foundation, the suite of semiabstract works is inspired by a multitude of sources, including historical photographs, urban planning grids, modern art, and graffiti, and explores the intersections of power, history, dystopia, and the built environment, along with their impact on the formation of personal and communal identities.

Berlin plays a significant role in the investigation of memory and the urban experience in the Grey Area suite, first conceived during a residency by Mehretu at the American Academy in Berlin in 2007. During this residency, the artist was struck by the continuously shifting profile of Berlin, a historically charged city where vestiges of war coexist with new architectural development. For Mehretu, the visible evidence of destruction and recovery on the facades and streetscapes of Berlin also conjures the physical aftermath of war around the world, as in the paintings Believer’s Palace (2008–09), which references the partially destroyed palace that sat atop Saddam Hussein’s Baghdad bunker, and Atlantic Wall (2008–09), which renders the interiors of bunkers built by Germany along the Western European coastline during World War II.

According to Joan Young, “Julie Mehretu adapts enigmatic circumstances as a tool to engage the viewer in her complex compositions of meticulously drawn mechanical renderings, spontaneous gestural markings, and colorful interjections. Whether capturing specific settings or the general tenor of the urban experience, such as in Berliner Plätze (2008–09) and Fragment (2008–09), respectively, Mehretu’s paintings evoke the psychogeography of the city and the effects of the built environment on individuals while at the same time contemplating the past and the surviving traces of lived history.”

Approximately 10 x 14 feet in size, Mehretu’s paintings are characterized by a remarkable sense of pictorial space. Using ink and acrylic paint, she layers detailed schematic depictions of buildings and cityscapes with abstracted forms and lines, playing with the depth of the composition. Through this layering, combined with the use of erasure and the smudging of gestural marks, structures seem to dissolve on the surface of the canvas. Yet as author and critic Brian Dillon writes in his catalogue essay, “An Archaeology of the Air,” “The moments of articulate erasure in the paintings amount to a kind of restoration: of openness, contingency, and potential at the level both of the painted mark or character and the underlying architectural motif. If there is an archaeology of the recent past in Mehretu’s work, it is the archaeology of an atmosphere charged with the dust of demolition and rebuilding.”

Julie Mehretu
Born in Addis Ababa, Ethiopia, in 1970, Mehretu was raised in Michigan. She studied at Kalamazoo College in Michigan (BA, 1992) and at the Université Cheikh Anta Diop de Dakar in Dakar, Senegal (1990–91). She received an MFA in painting and printmaking from the Rhode Island School of Design in 1997. Mehretu has participated in numerous international exhibitions and biennials and has received international recognition for her work, including, in 2005, the American Art Award from the Whitney Museum of American Art, New York, and the prestigious MacArthur Fellow award. She has had residencies at the Core Program at the Museum of Fine Arts in Houston (1998–99), the Studio Museum in Harlem, New York (2001), the Walker Art Center, Minneapolis, Minnesota (2003), and the American Academy in Berlin (2007). Mehretu currently lives and works in New York and Berlin.

Remembering architect Frank Lloyd Wright who passed away today in 1959, only months before the public opening of the Guggenheim Museum. View our interactive time line documenting the design and construction of the Guggenheim, 1943-1959: http://gu.gg/jTfE0