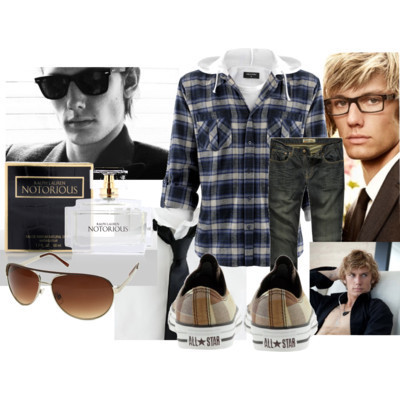 Alex Pettyfer by ~mariah.in.wonderland~ on Polyvore.com
DOB: April 10, 1990
Career: model (Burberry mostly); actor
DLS: had an affair with the headmistress of one of his old private schools in Britain (she was fairly young)
Family Scandal: his used-to-be-a-model mother's personal trainer is way more "personal" than a trainer; his father is a schizophrenic and used to beat him when he was younger
Personality: Most people peg him for your typical stuck up snob but normally Alex is a charming guy. Yes, he can be a little in-your-face but that just depends on who you are. Girls? Sure but he sucks at love. Player? Actually not really. If a girl doesn't want him but he's madly in love with her, he'll do whatever it takes to make her love him back.

((btw, how many characters are we allowed to have? Since you already have the five girls filled up, I was wondering if I could have two boys))

DOB: March 17, 1991
DLS(Dirty Little Secret): Alex got a girl pregnant at 17, and got married too when he was 18. It was his birthday. All while he was drunk. 'Course he was in Las Vegas...Anyway, once Alex found out what had happened, the baby was born. The girl wouldn't do abortion, but, of course, got a divorce. Or whatever they called it. The girl did give the baby up for adoption, and Alex hasn't told anyone of it, not even his parents.
Career: Plays soccer for NYU(is this in New York?), thinking about playing professionaly for England, because everyone knows the American team isn't any good.(No offence, but I root for England, Spain, and Mexico.)
Family Scandal: Same as Lucy's.
Personality: Alex is a cold, selfish, rich boy kind of guy. He looks down on most people, sometimes his friends and teachers. Alex feels most people aren't worth talking to, so he doesn't really talk to anybody unless he wants to or has to. Which gives him the appearance of being stuck-up. Which he sorta is. Alex can be charming when he wants to, however, and is quite protective of his sister Lucy. 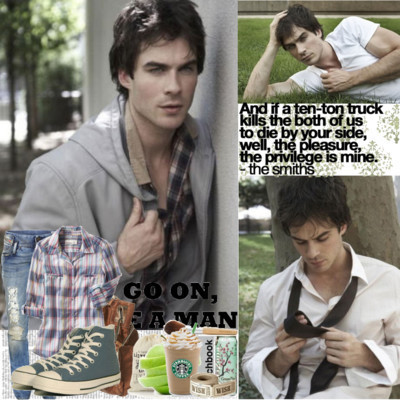 sex gods 2/30 ian somerhalder by Audrey Is Here. :) featuring Diesel jeans
DOB: 01-04-90
DLS(Dirty Little Secret):Used steroids in a highschool baseball game when scouts were present to impress them.
Career: College Baseball player
Family Scandal: Dylan's step-father is having an affair with Dylan's sister, which Dylan knows about.
Personality: Relaxed, laid back, funny guy who loves baseball. Who often puts his career in front of girls he is interested in, mostly because he hasn't found anyone special. Is quite the player, but that could stop with the right girl.

Megan wrote: "Seeing as though not many people want guy characters 2 is absolutely fine"

((thank you! I'll try to get another one up soon)) 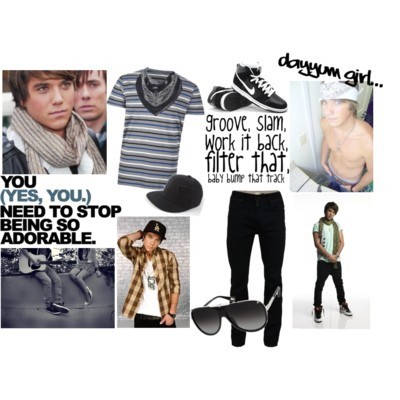 Heartbreaking breakdancer 3 by mariah.ashlie_. featuring Oasis accessories
((I'm working on a newer one for him))
DOB: December 7, 1987
DLS: slept with a girl he didn't know at a party because someone spiked his drink
Career: American singer; little bit of acting; dancing (modern/hiphop)
Family Scandal: People always say how much he resembles his father but he can never forget when he found out about his mother's infamous multiple affairs just around the time he was born. Upon not knowing who his real father is, Thomas can't even forget how his own uncle has been accused time and time again of sexually harassing his patients.
Personality: major sweetheart. If you're a cutie, he'll grab his guitar and sing you to sleep followed by a cuddle sesh. He always puts others before himself, no matter what and admires people that don't care about what anyone thinks. There are only a few people that this guy'll accept criticism from. Love at first sight exists for him... her green eyes prove it :)
Random facts? He feels sorry for people that walk away w/o giving their all; gets twitchy and weird if he doesn't surf at least once a week; fave color changes all the time; thai food's his favorite; "pajamas are overrated- sleep naked"; "cheez-its are better than goldfish"... But what most people don't know is, he has a side of him that shouldn't be provoked... If people piss him off, Thomas can get out of hand and usually stress can play a major role.