Can my person be captain of the Web of Dreams?

Name: Anne Patel
Age: 15
Gender: Female
Appearance: [image error]src="http://www.narniafans.com/wp-content/...
Personality: Silent, intelligent, has a dark side and is only nice if she isn't in commando mode (which she is most of the time), as un-emo as a person could possibly be, never angry but can be evil.
Crush: ? Open too.
Ship: The Web of Dreams
Other: Really really really wants to be captain *hint hint*
Has good swordsmanship and can climb any mast like a naked monkey on banana-flavored coffee.

Name: Rose
Age: 20
Gender: Female
Appearance:
[image error]
Personality: Sneaky, insane, loopy, and precise.
Crush(?): Jake
Ship: The Dark Night
Other: She’s good at making allies with enemies, then tends to stab them in the back, literally. She's only let one go.

Name: Jake
Age: 20
Gender: Male
Appearance:
[image error]
Personality: Depressed, emoish, full of hate.
Crush(?): Rose
Home: England
Other: He used to run a ship but became friends with a enemy pirate, she let him go on one condition, it happened to be that he would give up his ship and the life of a pirate. He declined at first, she told him that she would give him 1 day to make up his mind. After he thought about it he gave in. When she went back to sea he realized why he gave in, it was because he "loved" her.

I'll tell you why I put "loved" in prentices later. =D 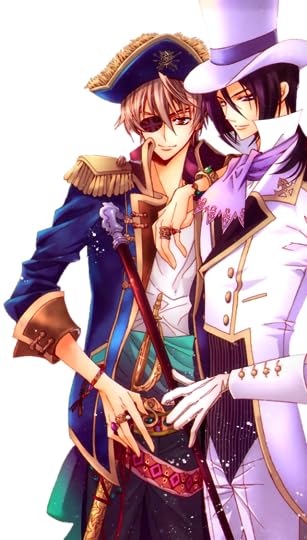 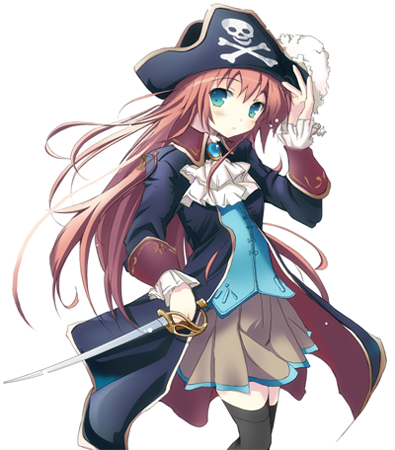 Personality: Awesomeness. :)
Crush(?): Open... Not the guys though, lulz.
Ship: The First Sunrise
Other: EPIC friends with Lise.

BUt dont let that fool you she is awesome with a sword!

WAIT, IN THE RP, HOW DOES SHE KNOW THEY WERE TURNING? OR IS SHE JUST AWESOME LIKE THAT?

Can I join someones ship?

☂ That Girl Named Jenn ☂ wrote: "AHH. Nina, delete my post and make your own, I'm too lazy to update every time someone joins a ship."

*adds to awkward silence*
*breaks it*

☂ That Girl Named Jenn ☂ wrote: "♫~Darkfire☺Nina☺Meha☺Kyoto~♫ wrote: "YES, THEY ARE GAY. DURING THE MIDDLE OF THE NIGHT, MATT SNEAKS INTO JOHNATHAN'S ROOM AND..."

Wait. That means Max must be a boy.

Which is awkward, since he'd have man-boobs. Ewwwww...

lol I just read fang it was pertty good

Ok if it someone already then ok just Bored lol

Can I be vice captain of the first sunrise Jen?

JENN. WITH A DOUBLE N.

Fade to Black- A Roleplay Group