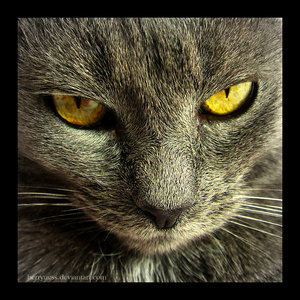 Eyes: (look in pic)
Personality: http://www.youtube.com/watch?v=z-XZ_n... (to EX mate: Echohaze)
Kin: tba
FORMER Mate: Echohaze
Crush: Night
Reason for banishment: Killed a kit trying to get banished
Life story: Scratch was a warrior (Scratchclaw) had a mate and a healthy kit. He soon got tired of Echohaze and killed their only little she~kit(Bravekit). He was banished and broke Echohaze's heart after he told her he did it cause he hated her.
Other: tba

Mod
Name: Leopardkit
Gender: tom
age: 4 moons
Pelt: [image error]
Eyes: green, speckled with yellow
Personality: http://www.youtube.com/user/1petealmq...
Mate: none
Crush: liked Honeykit in Thunder
Life story: Ran away from ThunderClan, his parents abused him, his clanmates hated him. He hated living that way but regrets leaving. He has to scavenge from Twolegs and other loner cat's scraps.
Other: Wan'ts to have a real family, but is very shy...

Mod
SWEENEY! YOU'RE BACK! *Hugs*

Mod
I feel bad for you...and I can't do anything but type some words! *Is frustrated*

Mod
I know. Okay, my dad moved to V.A. Mom/Dad got into a major clash, My dad tried to put Jaggy in a cardboard box and he got out and had to leave without him. The neighbor's husband wanted to kill Jaggy cause he didn't wan't any more cats. I called without my mom's permission and told her to bring jaggy to my no-pets-allowed apartment and had to drop off Jaggy at a local supermarket... I'm supposed 2 feed him at 6 every evening and I didn't get 2 this evening and i'm sad!!!!!!!!

Mod
Oh, that's fine. It's just nice to see-er, type with you again 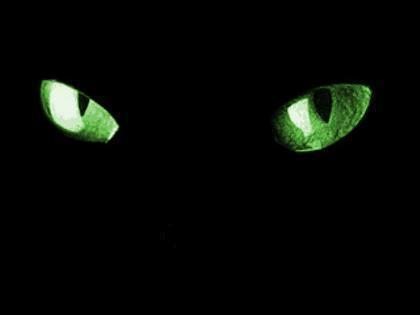 Personality: http://www.youtube.com/user/1petealmq...
Kin: ...
Mate:...
Crush: ...
Reason for banishment: got mad and killed his apprentice
Life story: was abandoned in
Other: ...

Name:Cinnamon
Gender:She-cat
Age:2 years
Pelt: http://www.sxc.hu/pic/m/f/fe/featherw...
Eyes: Amber
Personality:Cold,stubborn,hot-tempered,fierce,mean to everyone
Kin:Flicker(daughter)
Mate:Fang(not anymore)
Crush:
Life Story:As a young cat she was very sweet, and caring. She met Fang when she was a little under a year, and she instantly fell in love. But Fang didn't feel the same way, and left her after her found out she was having kits. Ever since Fang left Cinnamon has been very cruel and angry towards everyone. She left her daughter to fend for herself, and now takes her anger out on others.
Other:

Name:Flicker
Gender:She-cat
Age:4 moons
Pelt: http://www.better-living-ideas.com/im...
Eyes: Green
Personality:Very independent,shy,not good at talking to other cats
Kin:Cinnamon(mom)Fang(dad)
Mate:Too little
Crush:Open
Life Story:She has never met her father, and her mother treats her like trash whenever they come across each other. She has been fending for herself ever since her mother abandoned her.
Other:Has learned to take care of herself by watching other cats.