note: This topic has been closed to new comments.
45 views
Feeling Nostalgic? The archives > Do we really care about who is so vain anymore?

And do you younger ones even know who I'm talking about?

I kind of care! I'm not sure why I care but I do. I feel like my mom told me it was Hugh Hefner. Did she date him? Or was my mom just pulling my leg?

Mod
I don't really care much about Carly Simon. She looks too much like the rock star muppet.

HAHAHA oh god, Mary, I'm now having the worst earworm of 25 or 6 to 4! And since I can't remember any other line, except Who can ask for more, it's a very short annoying earworm.

Say, I never knew there was a discussion about that song.

And c'mon, Lucy in the Sky is a tripping song.

HAHAHA according to Straight Dope:

Lamm says it's simpler than that. "The song is about writing a song. It's not mystical," he says. Take a look at some of the lyrics:

Waiting for the break of day--He's been up all night and now it's getting close to sunrise.
Searching for something to say--Trying to think of song lyrics.
Flashing lights against the sky--Perhaps stars or the traditional flashing neon hotel sign.
Giving up I close my eyes--He's exhausted and his eyes hurt from being open too long, so he closes them.
Staring blindly into space--This expression can be seen often on the faces of writers and reporters. Trust me.
Getting up to splash my face--Something you do when you're trying to stay awake, though a good cup of Starbuck's does wonders for Cecil and me.
Wanting just to stay awake, wondering how much I can take--How far can he push himself to get the song done?
Should I try to do some more?--This is the line that makes many think it's a drug song. But it is just as easily construed as a frustrated writer wondering if he should try to do some more lyrics/songwriting.

I think we can take Lamm's word for the whole thing. Because, when it's that early in the morning, does anybody really know what time it is?

I almost posted on this, but I decided I didn't care. Carly Simon is ancient history. And I hate hate hate that early seventies singer songwriter crap.

Great. Now I'm thinking of James Taylor. I blame you all.

So...there are backwards messages in the new version of the song??? I always knew that Carly Simon was in cahoots with Satan...;)

why we are at this, anyone care to tackle the mystical meaning of the lyrics to Beck's Loser?

In the time of chimpanzees I was a monkey,
butane in my veins so I'm out to get the junkie
with the plastic eyeballs, spraypaint the vegetables,
dog food stalls with the beefcake pantyhose

Lori wrote: "And c'mon, Lucy in the Sky is a tripping song."

Denied by the Beatles but I agree, it is totally a song about tripping. Those Beatles must think we're really stupid.

And may I just say, in defense of Carly Simon, that her album Torch is really good. In my opinion.

RA: Me too...I probably just posted so I could use that phrase...

Kevin: I think that it is some sort of Scientology mind control thing.

Tadpole - must be because as i was reading the lyrics i subliminally ordered Battlefield Earth from Amazon.com

Uh oh...alright everybody, we need to throw together an intervention for Kevin stat!

quit being so glib tad

yes, but the credit card bill comes in a reg ol envelope

Sally wrote: "I don't really care much about Carly Simon. She looks too much like the rock star muppet." 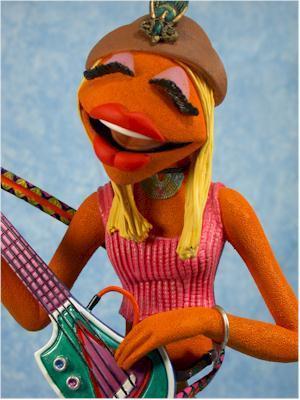 I've never owned ANYTHING by Carly Simon, but damn... 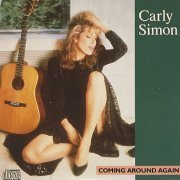 I gotta back Clark up on this one. Carly may not have the most beautiful face, but she's got some amazing lips and an awesome set of legs.

And, yes, Lori, I actually do care. You're So Vain, I'll admit, is one of my all-time favorite songs. I'll find myself doing Mick Jagger's background vocals whenever that song comes on.

I was mildly curious, but felt the actual reveal was a bit of a let down. I wanted it to be Warren Beatty.

I'm not buying it for one second that it's David Geffen she's referring to.

I'm still inclined to think it's Warren Beatty and/or James Taylor. Apparently, she's dropped hints recently that the person she's referring to has an A, an E and a Y in their name. If that's the case, then she's blowing smoke up everyone's ass by claiming it's David Geffen.

I think Carly Simon's pretty sick of talking about this. The more people ask, the more vague and evasive she'll be about who she's talking about.

it is sort of like don mclean and the american pie song.

She's not the one who claimed it was Geffen - she denies it, and says she didn't even know Geffen at the time she wrote it.

I can't really see James Taylor being vain. He was too drugged up at the time! Now Beatty, yeah, I could see being vain.

Gus you seem to be following this! What other hints has she dropped?

In the article, she denies that it's about David Geffen, actually. That's yet another rumor being circulated by bloggers who apparently have nothing better to do than listen to songs backwards and try to interpret the "hidden messages".

"American Pie" has to be the most over-analyzed, and over-played, song, EVER. If I were a teacher or professor I would automnatically give "F"s to any students who turned in a paper about that song. Though, does that even happen anymore? I mean the song must be at least 30 years old now. It's hardly relevant anymore.

A friend of mine's husband did some tours with McClean after AP became a huge hit. He says that Donnie was the biggest asshole and just was riding off that one song, which matches what Kevin says.

Oh and I meant I liked the song when it first came out, not when it became overplayed.

-Janis the Muppet always reminds me of Joni Mitchell.

-I've always liked You're So Vain, but I don't care all that much who it's about. I had always heard Warren Beatty. David Geffen makes sense too, but it's somehow disappointing to have an answer. Leave it vague, Carly.

-I played Beatles Rock Band for the first time this weekend, and I have to say that I had never noticed before how frikkin weird some of those songs are. I mean, I knew "I Am the Walrus" was weird, but it's REALLY weird. I say that having played many of the songs on real guitar, but somehow the combination of staring at the pretty lights and the strange background animations left me thinking that only some very strong chemicals could get you to the particular mental state where you write the line "semolina pilchard climbing up the eiffel tower."

"Come Together" is pretty darn weird, too, Sarah Pi. And yes, John was doing a heck of a lot of LSD, those days.

There was an email sent out forever ago about lookalikes and they had a picture of Janice the Muppett next to Donatella Versace. Hehehe!

Lucy in the Sky: I saw a Beatles documentary some time ago and John Lennon talked about the origins of the song. He said his sone Julian came home from school one day with a picture he drew. It was a lady in the sky surrounded by stars. When John asked Julian what the picture was it was Julian that said the picture was "Lucy in the Sky with Diamonds."

Do I care about who "You're So Vain?" Yes, it's a classic but I thought it was about Warren Beatty. I buy that more than David Geffen.

Oh that's right, Janine - I heard that story about Lucy too! But of course, John made it his own...*cough cough*

Now that I think of it, why didn't I ever listen to trippy Beatles music when I was actually tripping? Sheesh. Missed opportunity there. I coulda been telling you all what those songs really meant.

ok, no one got the Scientology Tom Cruise reference in message #16. i am disappointed

Er...no, I thought you were registering your displeasure with my silly posts. Sorry, didn't notice that you were hopping around on Oprah's couch at the time.:)

Mod
I didn't really understand much of what transpired between 14 and 18.

Mod
With what were you cleaning out the fridge?

Mod
Hm, that doesn't sound like it would make anyone high.

tadpole - sorry if you thought i was roughing you up. another apparently ill fated attempt at humor. just tried to slide an obscure scientology reference by. remember, i am the king of silly posts. ask sally

Mod
I think you two need to have a bath together to get past this awkardness.

what would that solve? (besides the obvious cleanliness aspect)

Bonding and cleanliness. You two would be like Ernie and Bert after.

One primary reason why David Geffen's name suddenly popped up is because of his-then close relationship with Carly.

Not that this has to do with anything, but isn't David Geffen gay? Because I would think a lot of the womanizing portrayed in the song would have been a way for Geffen to remain closeted. Ah, forget this, I'm making more of a deal about it than I should.