Mod
((Characters do not have to be royalty. The can be peasants or Knights as well.)) 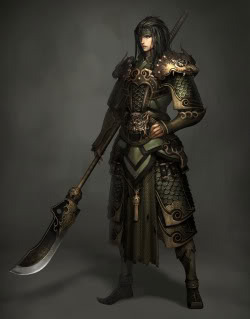 Personality:tba
Other: Father(former count) died when he was 14. So he had to become count in a quite young age. But even in that age he ruled the land very well. But as a child he didn't have the strength to deal with the numerous bandits who attacked the villages again and again. Many people had to die because he only wanted to defend the vilages and never attacked or ambushed the bandits.
But when his older stepbrother( who wasn't accepted as a real son by Beomund's father and so didn't get the crown) was killed in one of the bandit's attacks he got furiouse and took all soldiers he got and attacked the bandits. With him at the front.
He learned not to show any mercy to bandits, murderers etc.
(UPDATE):
Other(for NEW Rp): Beomund is the firstborn in the royal family and so the true Count of Hainen. But his younger brother tried to assassinate him. It didn't worked, but at least his brother managed to throw Beomund out of his country. All the council members were on his younger brother's side. So Beomund was exiled.
Now he's searching for a new home for almost two years.... 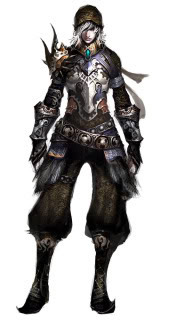 Personality: false, artful, perfidious
Other: Acts like he would be one of Beomunds loyal knights but in reality he hates him like hell. As the son of a council member he's influenced by his father very strong. Everytime the council got mad about Beomund ignoring their wishes for raising taxes or such things he also got mad. He also planed many assassinations on Beomund without anyone knowing he stood behind them. But none of them worked. Beomund always saved himself or was saved by other knights. A war would be the perfect time for another assassination attempt. But who would start a war with Hainen so soon?.......:}
(UPDATE):
Other for NEW Rp: Recent count of Hainen. It's merciless regime. He treats the people in Hainen like slaves. Everyone has to work for him, either in the mines or in the factories. He was very much interested in upgrading his country's military force and so made his ingenears(sp?) and alchemists look for new weapons and armors....

reply | flag *
message 20: by [deleted user] (new)
Jun 14, 2010 09:27AM
King - the kingdom of modern France began when Hugh Capet, Count of Anjou, was elected king by the barons (Counts and Dukes). In theory all the lower landholders had to report to him (offer allegiance in an act of Fealty). In practice he had little influence over them. The history of the French kingdom is the story of the process by which the king increased his power over the subordinate rulers, bringing the anarchic feudal system to an end. Successive kings accumulated the power to control these subordinates.

Dukes (Le Duc) - the rulers of large provinces, such as Aquitaine or Bretagne (sometimes the actual duke was the king of England). A duke usually controlled one or more counts.

Counts - Counts (les comtes) the rulers of smaller provinces, such as Blois or Anjou, with several castles.

Barons - rulers of small areas round a castle.

Other titles, such as Vicomte derive from the positions created by Charlemagne when he attempted to build a state structure to reinvent the Roman Empire, as he hoped.

the translation by google is kinda crappy XD....

the original site is in german: http://europeandynasties.com/adelsran...

well, everyday german isn't that difficult, the german language used in literature can be difficult sometimes^^...I mean I am a german but it's really difficult to understand Kant for example^^....

XD i plan on being a translater someday so im slooooooowly learning.....xD