note: This topic has been closed to new comments.
50 views
Feeling Nostalgic? The archives > Author Stories/Personalities

I was reading something on Hannibal, MO yesterday and the article said that the last time Mark Twain visited he was supposed to hand out diplomas to high school graduates. Apparently he didn't care much about the ceremony so he handed out the diplomas randomly and the students had to exchange diplomas so they got the right ones. That made me laugh.

That also got me thinking. What authors' personalities do you like/dislike, and why? Do author personalities impact your perception of their work?

There was a documentary released about Bukowski a few years ago (can't remember the name...). At one point during an interview his girlfriend makes a humorous aside over something that he says and he proceeds to throw a temper tantrum that would make a cranky two year old proud. Seeing that has tainted my view of him and his work ever since.

When I was a kid we went to Hanibal, MO and stayed at the Holiday Inn Holidome as a "vacation". How pathetic.

Tad, that doc is called Born Unto This. It's a compelling doc, and, yes, that clip where he verbally and physically abuses his wife (or girlfriend, I can't recall) was really unsettling. Bukowski was never afraid to allow his demons to come into the light, no matter how gruesome those demons were.

Hunter S. Thompson was always, and will always be, my favorite writing personality. People often miscategorize him as a drug-crazed, trigger-happy lunatic (which he was), but his writing was far deeper, more critical, and brutally honest. Yes, HST became a prisoner of his own legend, but many of his seminal works, especially Fear and Loathing: On the Campaign Trail '72 are honest and savage in their insight, and their ability to cut through the bullshit and get down to what was, and still is, the slow death of the American dream.

I agree about HST, Gus.

Off the point, and completely irrelevant, there's a bar in the Dundee section of Omaha called Beer and Loathing.

Authors whose personalities I dislike (based only on second hand information and public persona) would include Orson Scott Card and Harlan Ellison and Julie Powell.

Authors whose public personalities I like and/or who have been nice to me when I've met them include Connie Willis, Neil Gaiman, and Dorothy Allison.

I'm not including authors I know personally.

Gretchen wrote: "When I was a kid we went to Hanibal, MO and stayed at the Holiday Inn Holidome as a "vacation". How pathetic."

I loved Holidomes when I was a kid. They were like the first version of an indoor waterpark. The last time I stayed in one was in college, way hungover, and the Holidome had an ass-kicking brunch. That was in Peoria, Illinois, one of the most depressing places eve.r

They used to make them thar caterpillars up thar in Peori'. 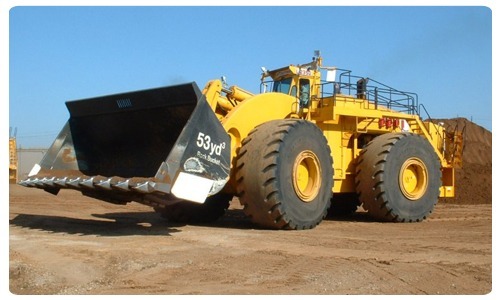 I love, love, love Julie Andrews. I've heard she is just as gracious in person as she seems in her movies. And she wrote one of my all-time favorite books, Mandy.

Peoria is depressing. A bunch of friends went to hit the strip clubs (can you imagine the strip clubs in Peoria?) but I got drunk and they wouldn't let me in with my fake ID. I slept in the car. I was nineteen, I think.

Mod
Why do you dislike Julie Powell, Sarah 36.9?

I just found her really, really self-absorbed and pretentious.

Yeah, I kind of like Harlan Ellison, too. He's so opinionated, he makes me smile.

Mod
I'm not as well-versed on authors' personalities and personal lives as maybe I should be. Mark Twain, however, annoys me because of his low opinion of Jane Austen. How can anyone not love Jane Austen?

As a kid I loved the books of Elizabeth George Speare (most famously, The Witch of Blackbird Pond). I wrote her a fan letter and she wrote me back a note. Then I suppose I thought this meant we were going to be penpals, so I wrote her again. I did not hear back from her. So though I still liked and admired her, I was hurt that she didn't want to be my forever-friend.

Speaking of Hunter S Thompson, I live in Louisville and for many years worked with a guy who was a teenage friend of Hunter's younter brother. This is after he was no longer living at home. They'd go in his room and mess around in his stuff, like little brothers do. Can you imagine?

I really wish we could NOT know about their personalities, because I don't want to be turned off the work because of that. I'd like to be able to make the work the only thing, but it's hard to when you know other stuff. But then, sometimes they turn out to be cool people to, so what are you going to do? Right now I can't think of anybody whose work I like but whose personality I don't, although it'll probably occur to me later.

I like Louisville, Rebecca. I was there this past spring for a conference...cool little city.

For the most part, I know next to nothing of the authors whose works I read. Keeps it simple.

RandomAnthony wrote: "I like Louisville, Rebecca. I was there this past spring for a conference...cool little city."

Thanks (if that's a thing you say thanks about)! Yeah, I agree. It's just about the right size - big enough to have what you want in a city but not so big it has a lot of urban problems. It used to be that our most creative people would go elsewhere (like HST) but that may be changing.