Mod
Name: May Carabell
Age: 16
Sex: FM
Personality: Shy, but will open up to people she trusts.
Appearance: 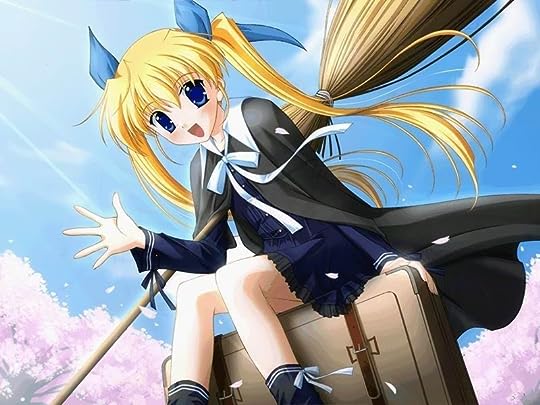 Name: Alexandria Nightengale
Age: 15
Sex: Female
Personality: Outgoing, cheerful, mischevious
Appearance: Dark midnight blue hair, chopped in the back with long bangs that go past her hips; piercing ice blue eyes; scar across bridge of nose under eyes; 7 piercings in left ear, five in right ear.
Wand: 13 1/2" frog's bane
Pet: Chinchila
Pet name: Chi
Pet Appearance: Big, gray chinchila with black stripes down its tail; blue eyes
Year: 5
House: Slytherin
Family: Mother is a witch, father is an artist
Other: She hates being in Slytherin, and tries to make friends wherever she can. She has a HUGE crush on Anh, and Malfoy won't stop following her around.