13 views
NonFic & Reality > Would you believe that this man killed.. 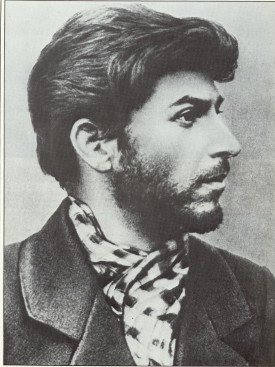 One need only consider how the Kulaks, the Red Army officer corps (e.g. Marshal Tukhachevsky), many Soviet citizens sent to the gulags, and the Polish Army officers at Katyn (who were killed by the NKVD in the Spring of 1940) fared under his iron rule.

But the thing to consider is really that: we never equate beauty with evil.

Hitler--we love to remind ourselves--was a lowly, weak, infirm, scumbag. Hideous and revolting. Physically inferior. Everyone forgets he wrote love poems; (we only remember he was a terrible painter).

Napoleon as well: we make jokes about his height.

Stalin was allegedly only about 5'4"

So what's that make Tom Cruise. The next butcher? Come to think of it, his stupid movies are distributed globally..

Mod
There's a great anecdote about Stalin who (during the interval when the Tsarist police apprehended him and threw him into a prison camp) and he was thrust in with a bunch of fellow prisoners who were little more than mangy curs. With nothing else to do, the rabble-rousers of the cell-block had taken up a policy of needling and bedeviling each new inmate who arrived. They jeered and mocked and scorned and berated every newcomer, hour upon hour, intent on reducing the chosen man to a shambles, to tears or to babbling and pleading.

Only Josef Vissarionovich Djugasvill withstood their taunts and harangues, 'staring back at them from his bunk with steely eyes and unflinching expression' 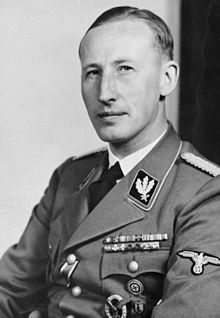 When Adolf Hitler calls you the coldest-hearted guy he's ever met; it's time to re-evaluate your life. But not this guy. It took an allied commando operation to do that for him.

Not soon enough, for 6 million Jews.

What's outlandish is how much a 'regular guy' he was. Captain of the swim team, champion fencer; didn't drink or whore. And yet..this is the guy who throws the switch on your neighbor.

Heydrich was also a qualified pilot who occasionally flew combat missions with a Luftwaffe fighter wing on the Eastern Front in a Messerschmitt 109 fighter.

Mod
You're exactly right. He didn't just 'talk the talk'. He was no coward in the promulgation of his cowardly and hideous nationalistic policies. When you read his bio, you almost yearn to like the fellow. A renaissance man. Sounds like that great co-worker you invite over for dinner, or introduce to your single cousin.

What a bizarre figure.

Mod
Just look at this f*cking bastard. My namesake! Murderer of unknown thousands, hundreds of thousands, maybe even millions. The monster Stalin's henchman. 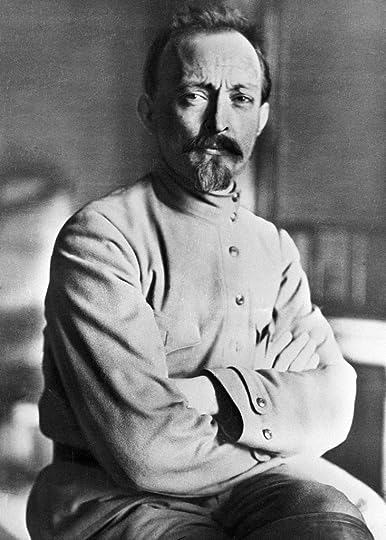 And yet who is to say that--in this day and age--we could not use more men like him?

Perhaps the true question is, what are the ideals that such figures follow, and how can such fanatics be better utilized?

In his own words, "I can do nothing halfway. I must either love or hate fully."