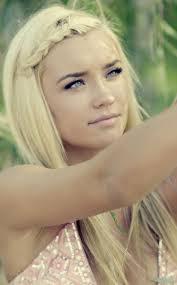 personality: Lorelei is kind a selfless. She loves helping people when they need it. She's great at making medicine. Lorelei is extremely smart and loves to do experiments. She tends to talk a lot, like way too much, and is really bad at keeping secrets. She hates lying to people. Lorelei is very daring and loves doing dangerous things. She thinks of it as 'being brave' while others say it's just plain stupid. Lorelei is always concerned about her and others safety, so she likes to practice fighting techniques on her free time. She's actually surprisingly good at knife throwing.

family:
Mother: Megira Serenity; age 43. Megira is very kind and smart. She loves to garden and was originally Amity, before she chose to move to Erudite.

Father: Andrew Serenity; age 45. Andrew is cheery and loving. He's extremely smart and loves to experiment. He has always been Erudite

Sister: Melody Serenity; age 17. Melody is very self-less and loves helping the faction-less, which is why she chose to join Amity.

Brother: Charlie Serenity; age 10. Charlie is very bright for his age and is always smiling. He loves to learn new things.

History: Lorelei was born 100% blind in both eyes and was born into Erudite. The doctors offered to try and create a serum that could give her the gift of sight, but her parents didn't want to take the risk of something else happening. She never really felt like she fit in with the Erudite, not just because she's blind, but because she's not as smart as they are. Sure she's smarter than the average person, but still not as smart as most of the others in Erudite. Lorelei was bullied and teased a lot because she's blind. People don't think that she can do some of the things that everyone else can and they don't even give her a chance to try. Being blind has actually helped Lorelei a lot. It enhanced her other senses, so she can hear people coming and has taught herself how to identify people based on the sound of their footsteps and/or breathing.

fears:
- heights
- failure
- not being able to help someone in need
- spiders

weaknesses:
- too selfless/caring
- talks way too much/can't keep a secret
- afraid of failure

skills:
- great at knife throwing
- can sense when people are coming (can sometimes tell who it is)
- great at making medicines