Alright, here we are! Here's my idea;

A long time ago, Guy A and Girl A where both close as children. They grew up together, played together, they were practically like family. Then, one day, when they were just twelve years old, Guy A's parents packed up and moved; his fathers company was ordering him to work in a different state, or risk losing his job. Little did Guy A know, his father was secretly a spy/assassin, and later on, he would become one too. By the time he was twenty, Guy A had been brutally trained to fight, kill, and take orders from his fathers company. Little does he know, Girl A became a spy/assassin as well, and now her company and his company are rivals, fighting for the same precious object; The Relic. Legends state that the Relic holds the secret to an unimaginable power, something that is beyond the well known world, and now Guy A and Girl A are both sent to seek it out, and find it at any cost. When they find out that they are working against each other, conflict arises between them, and their own companies, conspiracies are whispered about the rival companies. Will the two end up fighting each other, despite their history as kids, or will they turn away from the harsh discipline of their companies to save one another, disobeying their orders?

Any thoughts? We can start off with the very beginning where they are kids, or we can just skip right to the action itself. Do you prefer being the guy, or the girl? 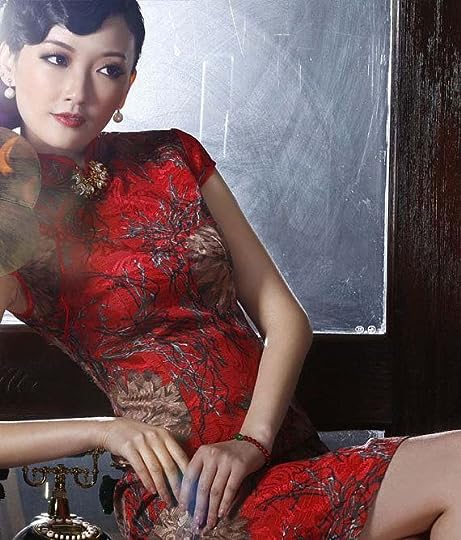 History: Xiqi, who goes by Lulu, group up fairly normal, she was born in Los Angeles, California, where her parents had put down roots when they immigrated to the United States. At six she met her very best friend, but after just a few short years he disappeared, her parents said he'd moved away, but he didn't even say goodbye. At eleven this was the most devastating thing that could have happened, but as soon as she hit middle school her parents pulled her out to home school her, in all the important things anyway. By seventeen she could hit her mark from 1500 yards, on good days closer to 2000 yards, she could speak three languages plus what she'd grown up with, and she'd already done one solo mission for a Chinese backed program secretly based in the US, the same one her parents had worked for for years before she was even born.

Okay, sounds great! I like both ideas for the characters... how about you be the girl then? I don't know why, but I always have mostly guy characters... it's kind of weird actually, but I guess I just like being the guy to be honest XD Okay so, I'll get to work on my character! It might take a while though, I like lots of detail and plus I have yet to find a picture c:

Okies, I edited in the beginnings of my profile into my other post, also should I switch to this picture or do you like the first one?
http://image.desk7.net/Photography%20...

Okay cool! Sorry still working on mine ^^; And I like both, it's your choice c: Your character after all, right? :D

Hmm, okay, I can't really work on her right now, I'm about to get ready for work, damn real life crap.

Okay that's fine! My day is pretty busy too and I'm afraid I have to go to work a bit later as well. We can try and start it up again tomorrow then c: