You may use any template, but please make sure it has this, and in this order:

Name: Brightspirit
Gender: Female
Age: 25 moons
Clan: DarkClan
Rank: Warrior
Personality: Brightspirit is a very lively, energetic, and friendly cat. She loves making new friends and always appears to be cheerful. She's a prankster and she often does thinks without thinking. Brightspirit is adventurous and not afraid of the unknown. She's incredibly reckless though and she has some insecurity that she tries to hide.
Appearance: Brightspirit is a light ginger cat with bright amber eyes. She's small for her age and has thorn sharp claws.
Picture: 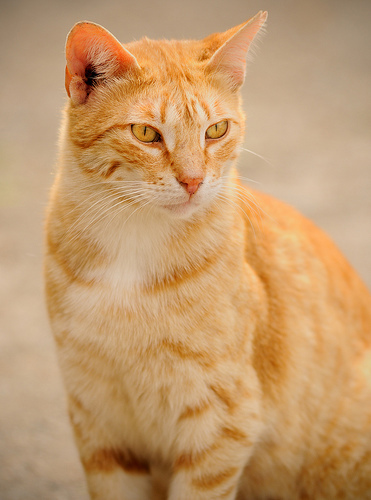 Mate/Crush: To be determined
Kits: Wants them
Family: Open
Other: None

Name: Darkheart
Gender: Male
Age: 29 Moons
Clan: Darkclan
Rank: Deputy
Personality: Tends to be rather cold, even to his clanmates. But he does have a warm fluffy side buried deep, deep deep deeeeeeeeep down. He always thinks before he acts and rarely loses his cool.
Appearance: A huge black tom with deep green eyes.
Mate/Crush: Open
Kits: None yet
Family: A littermate named Wildheart, he lives in another clan.
History: Originally a housecat, he left with his brother when their father tried to kill them (apparently thought they wanted to kill him). They were only 10 moons when they left and luckily were adopted by the clans. Darkheart proved himself loyal to DarkClan when he fought a large dog by himself, saving several clan mates and scaring the living dung out of the dog.
Other: none