You may use any template, but please make sure it has this, and in this order:

Lilystream's fur is a light grey, with dark grey stripes. She has ice blue eyes, and the tip of her tail is white.


{History}
Her parents were from two different clans, but only the leader knows. She has always wondered who her mother was, but no one will tell her.
{Other}
N/A

//*PERSONALITY*// She is extremely shy and sweet. She is very smart and kind. She always does the right thing no matter what. She adores kits and can't wait to have her own. She is very graceful.

//*LOOKS*//
She is the most beautiful cat in the StreamClan.
She is has long soft fur that is a creamy white color. She has medium sized ginger and brown spots all over her body and she has black paws and ear tips. Her eyes are a glowing blue color. She has a bright pink nose and an elegant and graceful build.

//CRUSH*// She really likes Bramblefrost but she knows he doesn't like her.

//*FAMILY*// Her complete family is unknown. Her father's name was Tigerstar. He was an ambitious leader, but he was always fair. Her mother was the brave leader of StreamClan.Her name was Flowerstar. Spottedflower chose her warrior name in honor of her.

//*OTHER*\\She lost her mother from a fox attack and her father is missing.

Personality:
Goldenflower is very shy. She hates to be watched, and is very unstable with her self-confdence. She hates going to gatherings and can't keep talking for very long. She loves hunting, none the less and loves to fight. Even she can't not admit the exciting rush that it gives her. Goldenflower is quite skinny, and shes very sentive. She's also very understanding of other cat's feelings. Goldenflower, being the cat she is, is normaly very lonely; she's used to it. If you wan't to go to Goldenflower, it will be very hard. Best to talk to her about kit's as a starting point, as she normly hangs around where they are and watches them. She dosen't mind kit's wathing her, but not so much anyone else. She really neaver thinks about love and having a mate, and likes the idear of not being tied to someone, although she dose need someone there.

Appearance:
Goldenflower is a light ginger she-cat with glowing ember geen eyes. Claws like thorns and teeth like daggers. 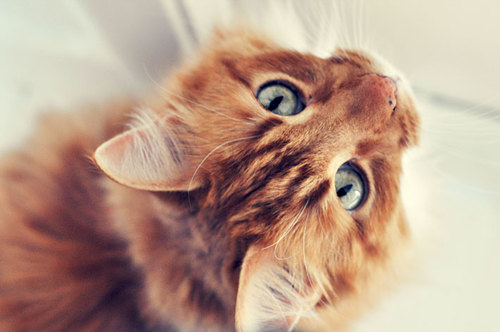 //*PERSONALITY*// She is extremely shy and sweet. She is very smart and kind. She always does the right thing no matter what. She is very graceful.

//*LOOKS*//
She is pretty.
She has short silver fur with tabby stripes. She has one white ear and chest. Her paws are dark grey. Her eyes are ice blue. She has a bright pink nose and an elegant and graceful build.

Appearance: slim with very long tail and ginger and black patched on her pelt.

Cherrypatch
"-patch" is not valid.

Name: sunkit, sunpaw sunheart
Age: 19 moons
Gender: female
Rank: warrior
Breed: Abyssinian
Clan: steamclan
Personality: quite fragile, her feelings are usually hurt if you make a joke or offend her. she is usually hard to get to notice you. if you want her to be your mate you'll really have to try to gain her trust, which can be fun along the way.
Appearance: dark red with blck stripes on her neck ringed with white.
Mate/crush : open, would like one very mich.
Kits: wants them bad.
Family: all add some later.
Other: N/A

Sunheart
Approved, but could you sign the rules first, please? You can find them in the "General" folder.