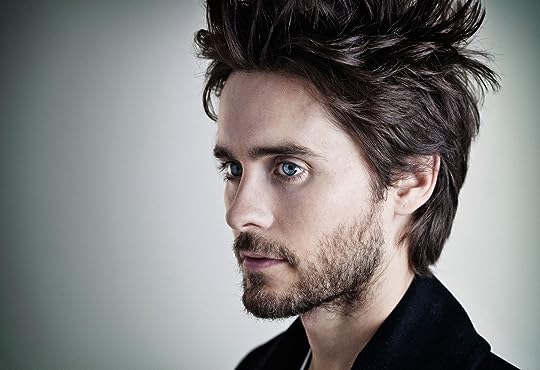 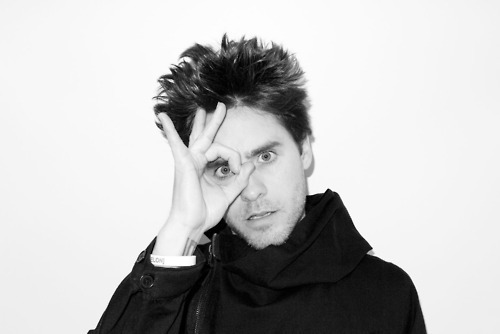 Personality: Alex does not listen to anyone. He can be rude sometimes, but is extremely charming and is known for being a 'ladies man'. He is very flirtatious for a prince of a neighboring kingdom and is found with the people of the Royal's kingdom much more than with his own.
Hobbies: He likes flirting with women. He doesn't like hanging around men and prefers women.

before it's approved, post what it is (i.e. prince, cousin to the princess etc.) otherwise its...

He's a Prince from a different Kingdom. 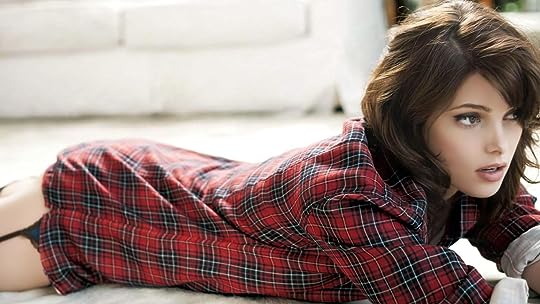 Crazy-Person (A-Zero) wrote: "He's a Prince from a different Kingdom." 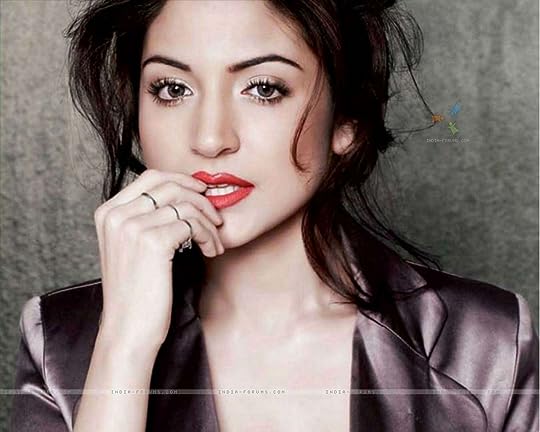 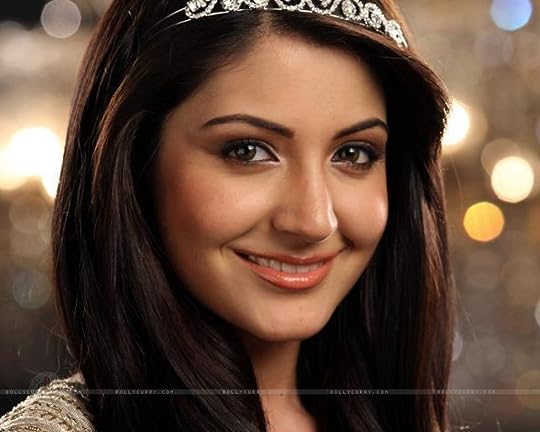 Disclaimer; (view spoiler)[This character belongs to Arieya the Fire Keeper. She has full rights to all bio. If you take my character, things are not gonna be pretty, I promise you that. (hide spoiler)]

|Amaya| Amaya (ah-MY-ah) is a female Japanese name meaning "night rain". Amaya was named this for her silky black hair that glistened like rain drops in the sun.

|Socially|
In short, Amaya is an appropriate, proper woman. In a formal event, this is the only side of her that shows. In fact, this is the only side of her she really ever shows. If there was one thing Amaya ever took to heart from her mother, it was the lesson to be and to remain a poised and proper young lady. While Amaya can make small talk easily and seems like she puts her heart into all that she talks about while conversing, the elegant, polished empress is nothing like she appears. She is not the delicate young woman that agrees with whatever her husband says that everyone thinks she is.
Once you get to know her, it is obvious that there is more to Amaya than she lets on. She is very passionate about the things and people she loves, and will go to any limit to protect her friends and family. She is very kind and a good listener, and therefore a good friend. When you need advice, or just someone to vent to, Amaya is the girl to go to. She doesn't necessarily agree with you--in fact she tends to have her own personal views on things that don't correspond with most others' ideals--but she can easily tell when someone simply needs her support. Amaya has a very sweet and gentle disposition when you are on her good side. She is loyal, expressive, and honest.
However, when you are not on Amaya's good side, things are not pretty. It is known she is passionate, but "passionate" does not only refer to good things. If you insult her, her family, her lifestyle, or anything else she cares about, she will give you a long, full-hearted speech about why that specific thing is so fantastic. And if you still do not agree at the end of her speech, she will make another one, and another one, until you do. Amaya can also be both fierce and full of attitude. She does have quite a bit of anger locked up inside her, which is why she practices with her katana so much. She needs a way to get her anger out, so it doesn't come out in a less appropriate enviornment.

|As a Wife|
No, Amaya does not love her husband. That statement itself is true, down to its roots. But that does not mean she doesn't care for him. Amaya thought she would grow to love him over time, and she still believes that it could happen in the future, for she has much time left. But it has only been two years since they were married, and the marriage was not her choice in the first place.
Despite these setbacks in their relationship, Amaya does her best to play the role of the good wife. She supports her husband in open situations, and helps him make important decisions by arguing with him privately. Whether her husband admits it or not, Amaya actually does play quite a big hand in running the country.
It is in the bedroom that Amaya has her biggest and most numerous problems with their relationship. She will not have sex with him. She tells him it is because she is not ready to have a child of her own yet, but that is a lie. She does not want to bear his child, that is true, but the main reason why she won't make love to him is because she is in love with someone else. She has a feeling that her husband has caught on to her feelings by now, but she does not bring it up and neither does he. She figures it is because her true feelings can't make a difference in the long run. After all, the man she is really in love with is gone from her life.

|As a Step-Mother|
When Amaya became the Emperor's second wife, she knew she would face more challenges other than just her inability to love him. She expected to have many more problems with her step-daughter than she actually did, though. The main she didn't was the fact that she immediately accepted that she would never replace the princess's late mother. And when she accepted that, she obtained the ability to be her step-daughter's friend rather than her mother. However, this is not always a good thing. When Amaya feels she needs to teach her step-daughter something important, or maybe needs to scold her, it is difficult. She has not made herself an authoritative figure in the girl's life, and therefore has some difficulty getting the princess to listen to her.
When it comes down to it, Amaya does love the girl, though not so much as a daughter as a she does a friend. Just as it is difficult for a step-mother to replace a mother, it's hard for a step-daughter to take the place of a birth-daughter. And Amaya does not have one of those yet. She looks forward to the day, but not to the day she has one with the emporer. 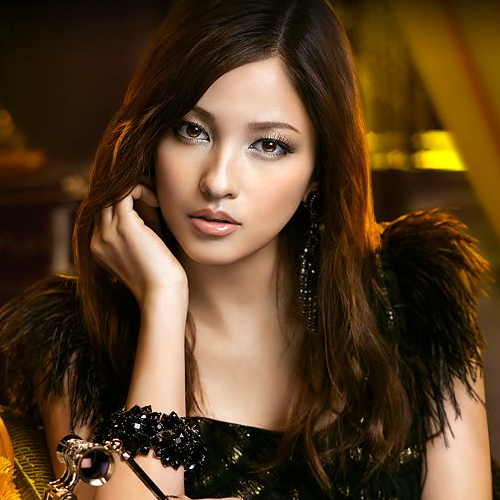 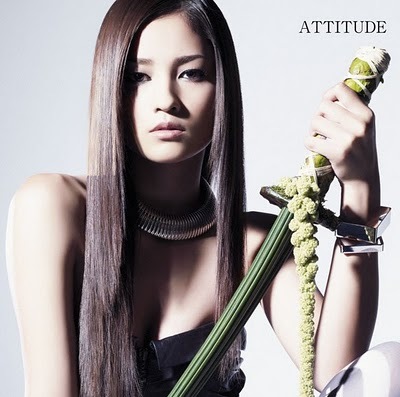 Amaya was born to a loving father and an overbearing mother. She was named Amaya for her silky black hair, and Qi for her mother's expectance of her purity in the future. For five years, she was a happy child, content with her life, just as most young children are. However, at five and a half years old, Amaya's father was killed in a construction accident. That was when her mother started to become her true self.
As Amaya grew, her mother controlled more and more of her life. She taught her how to eat properly, dress properly, and act properly. She said it was because she believed Amaya was destined for greatness. It wasn't until Amaya was twenty-three, out of college, that her mother's real mission became evident. But those nineteen years between age five and twenty-four were pure misery for Amaya. Every moment of her life had a new lesson to be learned or an old lesson to be brought up once again. Amaya hated it, but she didn't know how to fight back.
When Amaya went to college, she felt as if she were finally free of her mother's cold, tight grip, that she was finally able to choose things for herself. What she didn't know was that her mother was simply making plans of how to get Amaya to the top when she returned four years later. Amaya's years at college were the best of her life. It was when she met someone. The man of her dreams. Her way out of her trapped life. His name was Akira, meaning "light" in Japanese. And he was the light of Amaya's life.
Amaya fell deeply in love, and she believed Akira felt the same about her as she did him. And she was right, for the night after their senior graduation, Akira proposed to her. Amaya, of course, said yes. She wanted nothing else. She'd always thought she'd escape her horrid life at home for a life of her own, but now she knew she would escape into a life with Akira. Their love was pure and true, and a love like that was hard to find.
Unfortunately, Amaya's mother did not approve of Akira. At all.
Akira was dirt poor, and Amaya's mother told her that she couldn't marry him, for he wouldn't be able to support her needs. Amaya responded with the statement that her only need was Akira himself. It was her first time standing up to her mother. And it felt good. Really good.
Then something tragic happened. Akira went missing. Quickly presumed dead, as there was no trace to where he'd gone, Amaya fell apart. She fell so far, in fact, she even went crawling back to her mother. She had no where else to go. She had fallen apart, only to be put back together by her mother; put back together into a stone-cold woman, too afraid to show her feelings again. Her mother had told her Akira had run off because he was too nervous to marry Amaya, that he was a coward and he could never have truly loved her and been able to run away like that. And what choice did Amaya have but to believe her. Even though, however hard she tried, Amaya could not forget about Akira, and she still loves him to this day.
The next year, when Amaya was twenty-five, news passed through Japan that the Empress has passed away due to illness and the Emporer was looking for a new wife to take care of his only daughter. Amaya's mother quickly took advantage of the opportunity, and set her daughter up with the emperor. The man quickly fell for Amaya, and Amaya tried hard to show him she felt the same. She wanted to be Empress now, for if she couldn't have true love, she wanted to have everything else. Two years later, two years of elegant and formal courtship, the emperor wed Amaya and she became the Empress of Japan. Two years have passed since then, and Amaya has grown used to the life of a royal. But she fears she will never truly grow used to a life and marriage without love.

{Other} Amaya has recently become suspicious that her mother had something to do with Akira's disappearance. Amaya is also very skilled with a katana and can easily defend herself, should she get into a messy situation.