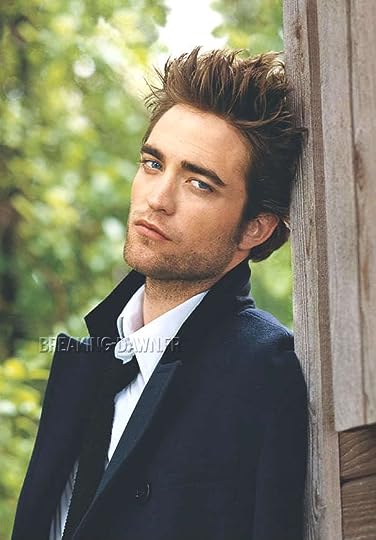 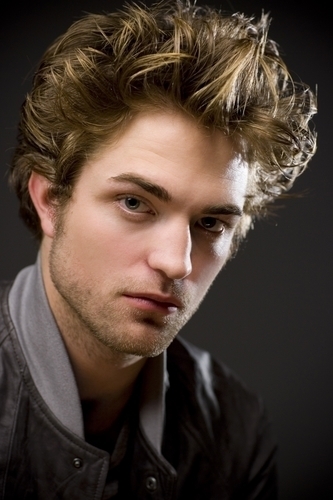 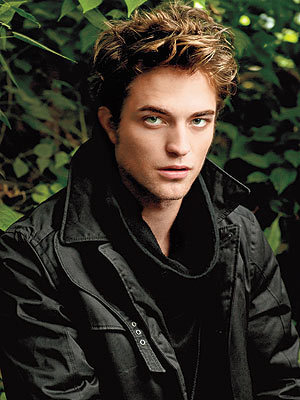 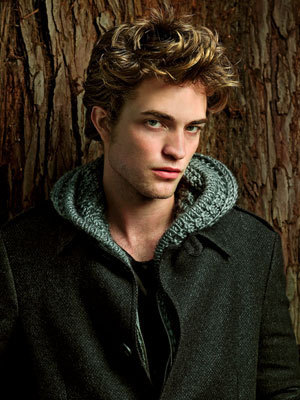 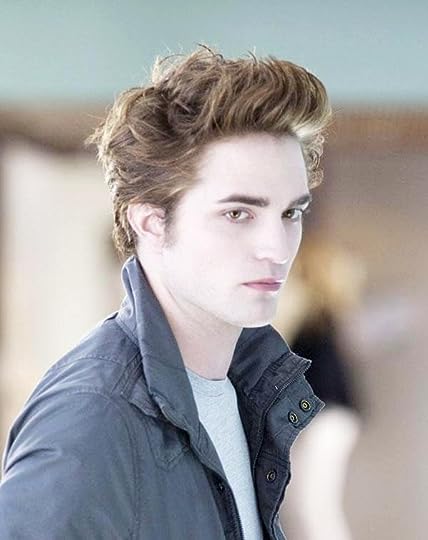 (Princess #1)
Name: Adelina Elise Kaia Isabel Noelle
Nickname: Her mother calls her Lina, but her friends and siblings call her Elise or Ellie.

Appearance: Adelina has very light blonde hair that cascades down to her hips. Adelina tends to have it braided, or have a headband on.
She has a heart face shape. Adelina has bright blue eyes with green flecks in them. Adelina has light brown eyebrows and pretty full lips. Adelina's nose is small. She is thin and an average height - about 5'5".

Personality: Adelina is more daring than graceful and, at times, can act before she thinks. But she’s also the most optimistic and caring person you’ll ever meet. Adelina has a fearless and never-give-up attitude. Adelina is sweet, silly, and sympathetic - always ready to lend an ear to a friend in need. She is very friendly and outgoing. Adelina has a delightfully offbeat and upbeat way of looking at everything. She looks at things uniquely and is a problem solver. Adelina has a kind heart, and loves helping people. Adelina tends to be selfless, caring more about other people's needs than her. Adelina is protective of the people she loves. She is very loyal to them too. She is fairly confident, a trait that she's needed since she was little. She is a born leader. Adelina is fairly curious, which tends to get her in trouble. She is polite, honest, and respectful towards others. Adelina is determined to be kind and courageous and never gives up on her beliefs. Adelina strives to understand, and is very interested in growing her knowledge. She is fairly athletic.

Weaknesses: clumsiness, seeing the good in people even if it's not there, her curiousness (sometimes)

Disclaimer; (view spoiler)[This character and template belongs to Arieya the Fire Keeper. If you steal or copy this character without permission, I will hunt you down and things will not be pretty. ;) Don't take my character. (hide spoiler)]

Social
"Er...Hi?"
Oliver is quite awkward when it comes to social gatherings, though it is not due to the way he was raised. He has perfect manners and a polite disposition and knows exactly how to act around those with a higher status than his. However, it's when people get up close and personal with him that gets him awkward. He's not great at starting conversations and tends to run his hands through his hair or pull on his clothes when he gets nervous in social situations. Most of his bad social skills come simply from him being shy. He's always been a little quieter than others and tended to keep to himself when he was younger. It's not that anything bad went on with him, this was just the way he liked it. Oliver still gets nervously shy in large crowds or during parties, but being a duke of the royal family has mostly helped his social skills become more open.

As a Brother/Uncle Figure
"Oh, c'mon Deepkia, try to have some fun!"
Oliver has always been a good brother to his older sister. He was always very kind and put her first, or let their parents treat her first. Not because he had to; he was just like that. Despite the large age difference between he and his sister, they have always seemed to have a great relationship, though Oliver couldn't help but be a little jealous of all the attention Deepkia got, especially when she became queen. Though that's just how brothers act. He loves to hang with his sister and is usually cause of her good moods. He also has a strong protective aspect of him, though he knows he can't do much to stop his sister from doing something when she sets her mind to it, both because she is much older and the queen. Therefore, he usually puts that protective aspect to work on his nephews and nieces, for he loves them like they're his own children. Oliver looks forward to having his own children, though he doesn't have much confidence in the matter. Because of his social skills, he's not much of a ladies' man.

As a Friend
"Can we just get some ice cream?"
There has never been someone who truly disliked Oliver. Sure, not everyone loves him or is even his friend (especially since he's so awkward when he talks to other people), but it is really just too difficult to hate a person like him. He's very kind and sweet, even though he's a bit oblivious to certain mature content. He seems like a carefree, loving, cheerful person that everyone has a soft spot for. He is a very loyal friend and hates getting into arguments or fights with anyone (though he would gladly raise a sword to defend his friends and family should he have to). Overall, if you don't have him as your friend, you're not missing much, but those that are his friends can't get enough of his sweetness.

Darkside
"I don't trust a person without a dark side."
Like most people, Oliver does unfortunately have a darkside. No one really knows what causes it to come on, but when it does, no one wants to be near him. Some would call him bipolar, depressed, or just plain strange. The truth is, Oliver has the same dark side that any other person would have: the one that's caused by the horrible things in life. Usually when one of these waves hits him, he becomes very quiet, which isn't too unusual for him. Though every now and then, he will have these short bursts of anger or snap at a friend, which is terrifying, because he almost never does that. The thing about people like Oliver with such a one-sided personality, when they change, it's obvious that something is wrong. Usually the things that cause Oliver's dark moments are jealousy for his sister's place in the country or the attention she got, the fact that he doesn't have kids of his own and thinks he never will because not enough women like to flirt with him, or the simple fact that he knows he was an accident made by his parents and that they never really wanted him to be born. 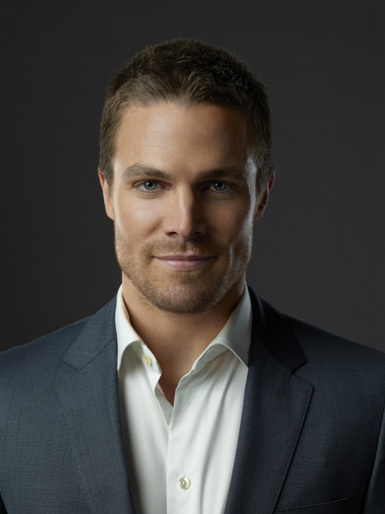 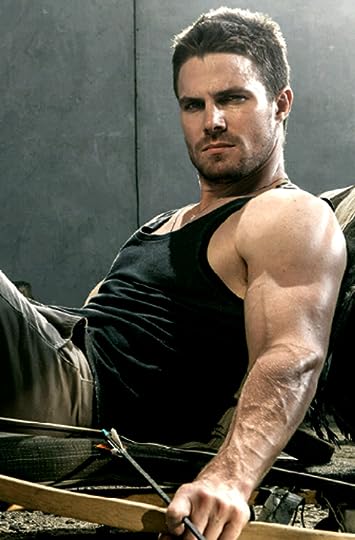 History
Oliver was born to a kind couple, a simple family. Ahead of him had been his sister, Deepkia, and she was far ahead, seventeen years ahead to be exact. Of course, in his younger years Oliver didn't find that strange at all. In fact he thought it was cool to have a much older sister, one who could teach him everything he needed to know before he needed to know it. He has always had a special bond to his sister, though no one would say they are the best of friends. They simply seem to have a mutual respect for one another, and if one needs that respect for a moment, the other is happy to oblige.
As a young child, Oliver tended to follow Deepkia around quite a bit. After he grew older, he figured it was likely quite annoying to her, but she never really complained. After all, all he wanted to do was watch. Oliver was a shy boy. He didn't speak all that often and was content simply to watch, listen, and learn about how the world worked.
Which is, unfortunately, how he learned his parents' secret.
When Oliver was eleven, he found out his parents had never truly wanted another child. They had been happy to have Deepkia, raise her, and move on. But then an accident happened. Oliver happened.
Furious about how his parents could think he was nothing more than an accident, Oliver ran away. And he stayed away for two years. (Though he never went far; he simply stayed with his grandparents for a little bit).
After those two years, Oliver heard of his parents' tragic death in a car accident. He didn't want to be sad, but of course he was. They were his parents. So he went to their funeral and, when most everyone was gone, forgave them. He wasn't one hundred percent sure what he was forgiving them for, as he was only thirteen and didn't understand everything quite yet, but he didn't want to remember them with a bad taste in his mouth.
By this time, Deepkia had been engaged to the King of America. Proud of his sister for achieving such a status, Oliver happily attended their wedding, at fourteen years old, as the best man. After which, Deepkia told him to live with her in the palace. He refused at first, thinking he'd just continue living with their grandparents because he didn't want to be a burden, but after Deepkia insisted, he agreed. He received a fine suite of rooms in the palace and the title "Duke", but nothing more than that. And to this day, he still has that and only that. He tries to make the most of his mostly boring life, though he knows he is just an average person that will likely never change the world. This is especially hard for him too, for that was all he wanted to do with his life.

*Befriending people
*Cheering others up
*Archery

*Flirting
*Children, especially his nephews and nieces
*The fact that he was an accident

Other- Since moving into the palace with his sister, Oliver has been working with a bow and arrow, in hopes to become one of the greatest archers in the country, and soon perhaps, the world. He is very skilled, and almost never misses a target.

She chose the youngest prince, so he'd still have to under those ages.