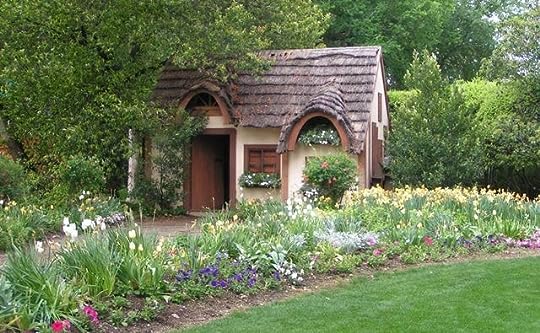 Chloe was pulled along by Markus, she didn't mind it because they were almost home anyways. When they finally got there she walked inside the house and took off her shoes at the front door. She looked at Markus and then realized that Felix was on the couch he was asleep and off the floor thank goodness. Chloe walked into the kitchen and pulled down a few bowls from cupboards and pulled out the container from her bag. She soon just went to work and made two different things. The first one was to apply to the hold where he got hit with the iron rod the second is for him to drink when he wakes up to work the poison inside out.

reply | flag *
message 3: by [deleted user] (new)
May 01, 2015 11:06AM
Markus just let Chloe do her thing and went to the attic so he could work out for a bit while waiting to hear Felix crying. He was having such a wonderful time just being able to live with the woman that he was actually madly in love with.

Soon Chloe walked over to Felix, she pushed up his shirt a little bit to see the wound she then started to clean it up very lightly. He cringed a little bit in his sleep so she was trying really hard to make it not sure so much. When it was all clean the best she could make it she applied some green some stuff to make it heal faster. She then woke him up.

Felix looked at her and sat up a little bit.
"That hurts like a bitch!"
He glared at her why did she wake him up if it's just going to hurt. She handed him the drink that she had made as well and told him to drink it all. He did as he was told he drank it but it tasted horrible to him. She just shrugged her shoulders taking the glass back from him.

"Chloe.... do you know where my brother is?"
"Probably hooking up with some girl for the night."

reply | flag *
message 5: by [deleted user] (new)
May 01, 2015 11:18AM
Mark was done working out when Felix had woken up and sighed toweling off after his shower. He had a towel wrapped around his waste while he walked about. "So you're awake finally." He laughed now looking at Felix as he used another towel to dry his long hair that Chloe couldn't seem to get enough of.

"Eh hey Markus."
Felix said as he saw him standing there with just a towel around his waist, he glanced away and then at the time. It said it was about ten in the morning.
"Hey you weren't here this morning."

"That's because he was ..... yeah I don't even know why. He was gone when I woke up."
Chloe said as she went back to clean the dishes she had used to make that medicine that Felix needed to stay alive. She laid a small hand towel on the counter and then placed the dishes on there to dry.

reply | flag *
message 7: by [deleted user] (new)
May 01, 2015 11:35AM
He walked over to Felix and whispered,"I was trying to obtain a surprise for her because it's our anniversary." He pulled away and smiled heading back up the stairs s that he can get himself dressed and ready for what he was about to do.

Felix watched him leave again, he then looked at Chloe who had just finished up the dishes she soon walked over to him and sat next to him. She sighed and relaxed.

Felix asked her, these two were possibly the best and most cutest couple anyone could find, Chloe was so in love with him. She would never do anything to hurt him and Markus kind of changed because of her.

"It's our anniversary so please don't get hurt until afterwards. I really just want to spend it with him okay Felix."
"Wow! I don't get hurt all the time Chloe... okay nevermind I do. Most of them are from trying to save my bunny."
Felix said in protest.

reply | flag *
message 9: by [deleted user] (new)
May 01, 2015 12:04PM
Markus was dressed now and took the small velvet box out of the pocket of his pants that he were a little bit earlier that morning. She's going to love this. He thought as he slid it into his vest pocket. He didn't want her to find it until he was ready to reveal what was inside. He came down stairs knowing that there was a place where he could do the action.

"Well I better take my leave, and hopefully find my brother at some point. See you later Chloe ... hopefully on better terms... bye Markus."
Felix got up and walked towards the door, once he opened it the room filled with light from the sun, he then disappeared into it closing the door behind him.

Chloe laid down on the couch, she was glad that it was just their little family now. She then looked up over at Markus. She had wanted something for a long time was just nervous on how to go about getting it. She wanted a child or children but was just to shy to say anything plus she was sure he didn't want any.

reply | flag *
message 11: by [deleted user] (new)
May 01, 2015 12:21PM
Markus looked at her and smiled a little bit. "Are you ready?" He asked, "I have a place in mind for us to go." He was so excited as he took her off of the couch and carried her out of the cottage closing the door behind them. He carried her all the way to West Cliff Bridge.