The Sword of Summer discussion

41 views
Which Norse God do you think will be Magnus' father?

I thought this would make a pretty interesting discussion ;)

Originally, I thought it might be Loki, but somebody else talked me out of it. They said that Riordan would likely make Magnus very different to Percy - i.e. less of a troublemaker.

Do you guys think that we can rule out tricksters and water related Gods? Which God do you think will be Magnus' father?

If his father or mother even are gods, would make sense to make him the son of a very warlike god/goddess because he's going after a sword this been missing for like 10000 years and I'm pretty sure that they wouldn't sent the son of love to recover a sword that can prevent Ragnarok.

If it's his mother I think it would totally awesome if she was:
Hel (Queen of Helheim)
Brunhilde (Leader of the Valkyries)
Morrigan ( Goddess of War and Slaughter)
If his father is the god then it most likely would be:
Odin because he is a lot like Zeus sleeping with loads of mortals.

But it would be cooler if he was:
Hiemdall (Watcher of the Gods)
Tyr (God of War and Laws)

This is my take on the limited information we have been given. Most likely I'm way off the mark, but if you never shoot you always miss, right?

Oh...could be. See, I read the "a man his mother said was dangerous" bit and assumed that his mother was human. Talk about jumping to conclusions.

If it was his mum, it'd be awesome if she was Ran...but she's the goddess of drowning so I guess that's out on the water thing ;)

Also in House of Hades, Annabeth said that she had an uncle and cousin in Boston and she wished she knew better.

Considering my earlier comments, have you come up with any theories yourself of who his divine mother is?

Personally I think that because Rick has made such a drastic move in the direction parentage I think he would make a character that's a bit like Clarisse, daughter of Ares, an ass when she wants to be, but when she doesn't, she has a heart of gold.

Also I'll go out on a limb here, and say that Rick is sick of writing about a child of a sea god and wants an more fierce, competitive character.

This is also why I think that Rick made him live on the street, to make him and tough, sort of rough character.

Hmm...if it's his mother...
Angrboda would be interesting (but it'll never happen).
Freyja had two sides to her - on the one hand she was like Aphrodite (love and beauty), on the other she was the leader of the Valkyries so if you think we're looking at a hero who's like Clarisse...
Oh...I don't know. When it comes to the women of Norse mythology, any of them would be AWESOME.

I agree, in Norse mythology female gods aren't girly girls, they're treated like Norse women, so they are important and aren't just there to sit pretty.

Has anyone read the ebook The Crown of Ptolemy? There is a sneak peek at the first chapter of The Sword of Summer.

Serena wrote: "Has anyone read the ebook The Crown of Ptolemy? There is a sneak peek at the first chapter of The Sword of Summer."

No, I haven't. What's the first chapter like? First person or third person?

First person (Mangus), and he sees Annabeth and her dad looking for him by fliers, it also keeps it somewhat odd in that her uncle (Randolph, the brother of Annabeth's dad) isn't Mangus's father but his uncle that his mother warned him off from.

Which may mean his mother is/was Annabeth's aunt. So his Norse god father is one of the gods and not a goddess.

So that means that Magnus' mom is dead, like dead dead.

Then where does this Randolph character come into this?

You know, I'm just going to read the book. 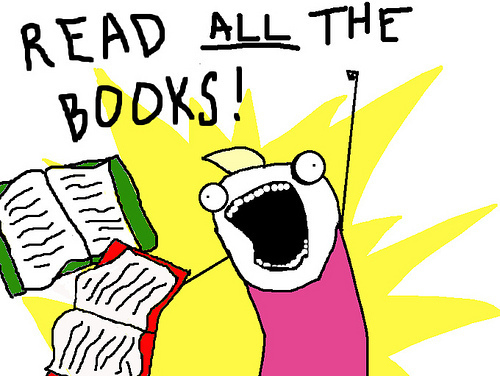