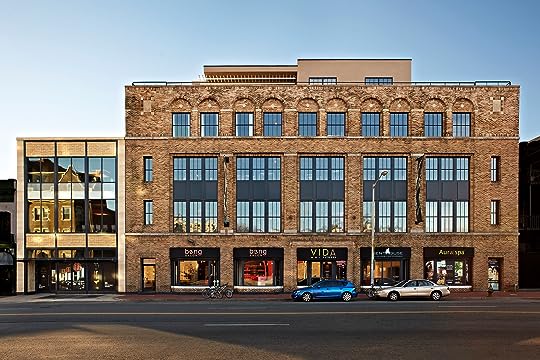 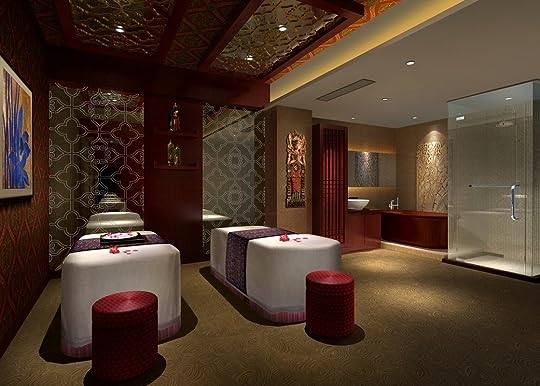 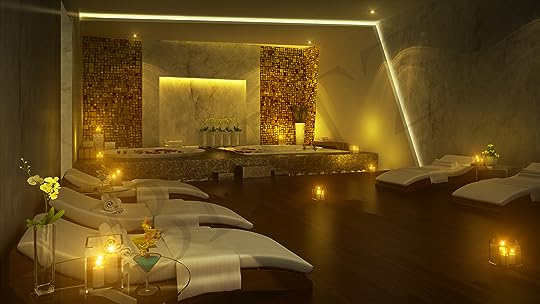 (view spoiler)[ At Grievance Tranquility one can have their hair styled, cut, trimmed and whatever else you can imagine to have done. A perfect place to get the girlfriends together and hang out and chat while having a wonderful massage with one of the expert massage therapists as well as getting that long needed wax to look good for your significant other. Shop for the latest shampoos, conditioners, oils, and lotions to spice up your everyday life and even your more intimate life. Welcome to the place where tranquility can be found in one of the most amazing spa's and enjoy a relaxing day in the exquisite sauna. (hide spoiler)]

Mod
Adrien was tired he had delegated with the High Priestess all day. He had to summon a few Elders and consult them. The High Priestess was only calling a select few to judge if the Coven needed to gather it's council. Adrien was the Summoner and he had the duty to call individuals. He was worn out and tired. The High priestess needed to know that her kingdom was not being threatened as she feared war. He was going to head to the massage room after he left the sauna. Adrien laid back his head as steam rolled up. He looked out the window to a garden of beatiful flowers which was fenced in at the back.

A massage had been what the dark haired woman had intended to do today, and such was what she had gotten. The masseuse had complained of the tension between her shoulders, but she offered no explanation. Relieved of the said tension, which would only come back once she left, Desdemona entered the sauna. The heat left goosebumps on her skin, a pleasant change from the coolness of the air-conditioned room she had just left. Only one other person, that she could make out in the steam, was there. This didn't bother her as she stepped towards the far side, putting distance between she and the stranger. Back against the wall, she closed her eyes and tried to remember how to relax.

Mod
Adrien sat staring out the large garden window. It was peaceful. He needed some of this relaxation. The hunt for the Hunters and humans, who had tried to be Hunters too, had at last been the most exhaustingly wasteful thing he could do. After recent events the entire Coven has been pushing silently. No gathering had occured since the events of the day before when Cedrik attacked the school. Adrien was pushing himself more for the danger of Wraiths rather than Hunters, but now both had come to be a problem in Greivance Ridge more than ever before. He stared out the window mystified in his own thoughts.

The steam was enough to obscure the visage of the other occupant of the room for a moment, before recognition took place. She'd opened her eyes to look at the scenery outside of the glass, but her gaze had instead drifted over to the young man. Her brow rose as she was able to distinguish the features of Adrien. She knew the man in passing and had run into him on several occasions like this. With all that had taken place, she would have assumed he was much too busy to lounge about here. Desdemona slid her finger over the wood of the bench beneath her as she contemplated speaking with him. Why not? It wouldn't kill her to be sociable. It would keep her in a good light with other members of the coven, as well. But it was also supposed to be relaxing to talk with others. Using this final factor of her decision-making process, she stood and strode over to the dark-haired man.

"Hello," she greeted, gently tucking a stray strand of hair behind her ear, "Mind if I sit there?" She gestured to a space on the bench beside him, a friendly smile on her lips.

Mod
((I can't find her character thread where is she?))

Mod
Adrien nodded to her with a grin, "Hello, Desdemona." Adrien nodded beside of him and offered her a seat. "You probably have no idea who I am by name. I'm not ever going to be important unless I can be approved to lead someday, but Damien isn't to eager to step down." He smiled a bit mournfully. He smiled, but always seemed as if ready to cry. He knew he wasn't ready to step up. Adrien was smarter than that, but he knew the council was idle while so much was happening. Adrien knew his own voice held little significance, but as High Priest he would easily be heard and be able to get the Wraith problem dealt with. He looked at Desdemona and could only question her forwardness. "So what brings you to chat with me?"