hello! so, ideas? just a heads-up tho, i don't do stuffs that focus on romance a lot ;~; i prefer something with action or mystery or adventure. sci-fi and fantasy are my fave genres ^^

Oh my god, where have you been all my life! I feel the exact same way!

awesome! coz i'm not really fond of something like teenage pregnancy and abusive relationship and such. so ... wanna do something sci-fi? and btw, i won't be able to reply immediately. sorry for that, kinda busy with school -__-

Neither am I. Sci Fi sounds fun! What about a sci fi cowboy? Its fine, I am busy as well, so I understand.

sci-fi cowboy! sounds interesting, haven't that done before. so what's the plot? ^^

I haven't done it either, which is why it sounds appealing to me too. Hmm, lets see...perhaps something like Firefly? If you have ever watched the series or movie Serenity?

i haven't watched any of those two, sorry! but i've heard good things about firefly. can you tell me the general plot without spoiling the series? i really wanna it soon.

Sure, its set in future with a western feel, earth became uninhabitable so people found other planets to settle on. There was a great universal civil war between a resistance group and a government group that wanted to unify everyone under one rule. The resistant group lost, and in the show we meet Mal, a captain and Zoe, his first mate, who are former resistance members, that own a spaceship and have a crew. They are basically thieves who smuggling things for shady people to get paid.

oh my god! i like the plot so much! i guess i'll be watching it sooner than i think ;) so ... it's decided then? something like firefly? let's create our own universe so that we won't have to follow the tv series ^^

okay, so doubles. how would you like our characters to meet? are they friends/acquaintances prior to the rp or do you want them to meet each other during?

Yeah, I guess so! Okay awesome.

Depends on the characters we are having.
Lets say we have an:
Outlaw
High Society member
A Gun for higher (Merc)
Bounty Hunter

alright. so, this is what i'm thinking about: our characters are part of a crew that transports, uh, let's say ... stuffs for terraforming but then they get caught in the middle of a resistance movement because one (or some) of the crew members is part of it. we can expand it from there. my male char's gonna be like, a high society member who rebels against them ^^ so i guess our characters still haven't met each other since they're just putting the crew together.

Okay, I'll have the Mercenary (female) and Outlaw (male), perhaps one of the pairs is familiar with the other, a little and is the reason they came on to the job? just so that we can get easy conversation going

yeah, that works. your male charrie and mine can be acquaintances since one is an outlaw and the other is part of the resistance. i'm going to have my female as part of the resistance too who knows my male charrie and have been working with him for quite a long while, but she's not gonna be on the ship at first. like, they're just going to pick her up on some other planet and so on. that okay?

Definitely! Maybe perhaps they did a job that went bad but they managed to get away? Sure, that's fine! I was thinking my outlaw, could've pissed off some bad people so, he needs the job so that he can lay low for awhile. And my merc is along for the ride because she has someone that they will encounter to kill, but petend to be their for the job only.

yes, great! so no one knows about your female char being a merc, right? XD also, my guy's gonna be like, related to one of the leaders of the resistance and is a recruiter or something. that's why he knows your male char and my female, but the two don't know each other yet? you okay with that? you can post you char sheet if you want to, btw. we're almost ready to start anyway ^^ i'll be back tomorrow and post mine~

I suppose so lol I mean they can know of her work but not her real identity. Yeah, the two will only know a little of each other from a job they did together 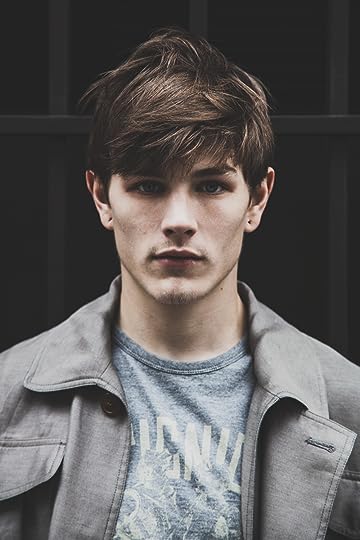 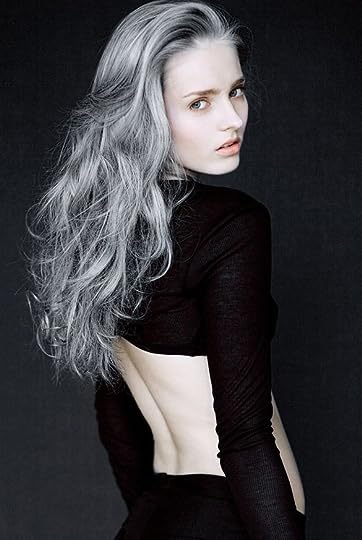 i didn't notice your reply! goodreads glitch, i guess :/ anyway, would you like to start this off? i would but i have no idea how -__- also, since i'm only gonna rp my male charrie for a while, i don't think it's fair for you to rp both of your charries, so if you want you may rp only one of them too, or rp them alternately. it's up to you, really ;) and ey, btw, i'm thinking about posting some pictures of the other crew members. you may post some too if you want, just so we can visualize stuffs clearly~

I thought Maxine was the cool bounty hunter? XD

and where should I start it off? just as they board the ship?

wait ... she was? lol well, if that was my initial plan i'm changing it now XD being an outlaw is more fun LOL

and yeah, as they board the ship ^^ btw, i can't reply atm coz of school but i will later. just a heads up~

hahah lol, she could be an undercover bounty hunter? gets close to the target and then takes them

um, i've thought of other plans for her and evo's story arc and maxine's wouldn't, like, fit with one another so i'll settle with an outlaw ;~; and um, i'm only gonna rp evo for a while, so it's up to you if you wanna rp both ajax and raven or alternately or anything, but if you're not fine with that i'll just rp maxine too even if she's not yet on the ship XD

lol, it was just a suggestion

how about we start the rp just as she comes on board instead? its simple enough, we can start they introduced, and she can enter on broad to get the ball rolling with the plan

okay, sure! i'll have her board the ship just like the others. and i think i'll just make her a bounty hunter. XD so, wanna start? or me? i don't mind ...

could know? i don't know how to right now, kinda busy